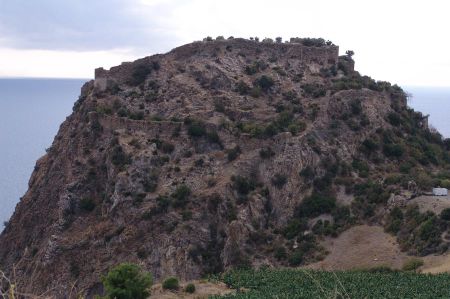 About 18 kilometers east of Selinus, which is now known as Gazipasa, the ancient city of Antioch ad Cragum once stood high on the rocks above the sea.

The ancient city, which locals call Nohutyeri, is located south of coast road 400, about 60 kilometers from Alanya, on the outskirts of Güney village. After leaving the country road 400 (follow the sign to Güney) you will reach the ruins of a columned street after about 3 kilometers. After a short stopover, you will reach the coast after about 5 more kilometers and see the former rock city right in front of you. 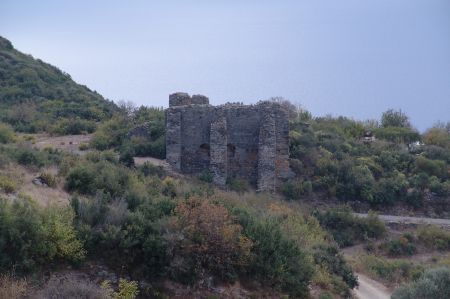 The area of ​​the former city was more than 15 hectares, which seems to indicate a certain importance. And right. Recent research has shown that the city was probably founded by King Antiochus IV of Commagene (38-72 AD), who was then the Roman vassal king in Cilicia, after Claudius gave him control of the "rough" in 41 AD. had entrusted to Cilicia. Around AD 52, Antiochus founded the city, gave it his name, and made it his capital.

Ad Cragum means "on the mountain / rock", no wonder, because the city is about 300 meters above sea level. Even before the city was founded, there must have been a smaller settlement or even a castle here, because Greek traces were also found. The pirates of pre-Christian times used the Felsenburg for their purposes as early as 67 BC. A natural harbor, which could be reached through a cave in the rocks, offered optimal escape routes and protection from pursuers. In this way, the pirates were able to stay in the region for a long time. Unfortunately, we were a little unlucky with the weather, because dark clouds rolled in from the sea and even a hurricane developed. 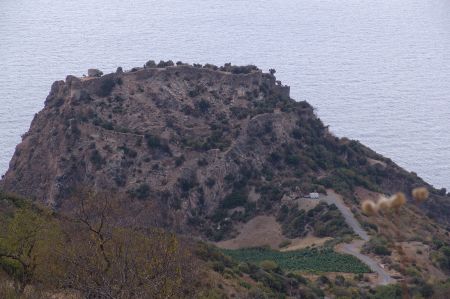 Between 150 and 250 AD Antiochia ad Cragum also had the right to mint coins. The last coins were minted here under Emperor Valerian. Later, under the Byzantines, the city was a bishop's seat and then between 1198 and 1375 a part of the Christian Kingdom of Armenia. In 1332, Antioch ad Cragum was conquered by the Hospitallers, a spiritual order of knights founded by the Crusaders in Jerusalem, which later moved its headquarters first to Cyprus and from 1310 to Rhodes. Now based in Malta, the Order still exists in Rome, where it is mainly concerned with caring for the sick. Church records still show a Roman Catholic bishopric in this extinct city, which the Vatican calls Antiochia Parva (Little Antioch) and the Italians call Antiochia Minore. When the last titular bishop died in 1964, the title remained vacant. 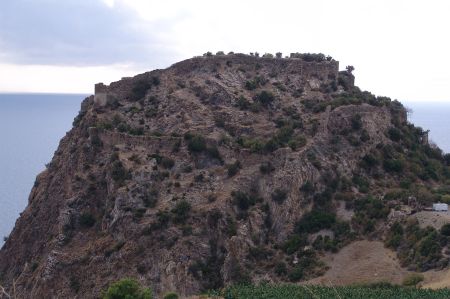 The ruins are divided into three larger areas over the large area. To the east is the city proper with the remains of administrative and religious buildings, the acropolis and the necropolis, dating from Roman and Byzantine times. On the peninsula about 1 kilometer to the west, there are some indefinable ruins that may have belonged to a castle complex. On the high promontory there are remains of a large Romano-Byzantine fortress called Antikragus, which the Turks called Ortacag Kalesi. 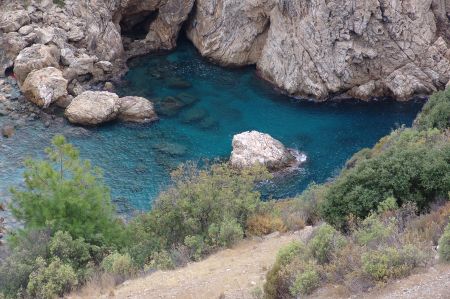 The centuries-long extraction of building materials has largely destroyed the city. It lies in a valley that also has a watercourse, where the baths were probably also stationed. To the west of the baths, in the middle of the city, ran an east-west street with granite columns scattered on and in the ground and a monumental four meter high city gate or triumphal arch at the eastern end. North of the street are the remains of a construction called the Triconchos, which is believed to have had religious functions as a temple. Just nearby and to the west of the columned street is the agora with a temple in the center, probably dedicated to the goddess of luck and trade, Fortuna (Tyche). At the north end of the agora is a large complex of buildings that may have been a sports complex (gymnasium). Northeast of the city there are isolated tombs with barrel vaults and antechambers, and on the promontory of the city, facing the sea, lies the Acropolis.

Just south of the ruins, between the mainland and a small island, there has been an anchorage for centuries, as indicated by finds of anchors and amphorae dating back to the 5th century BC. 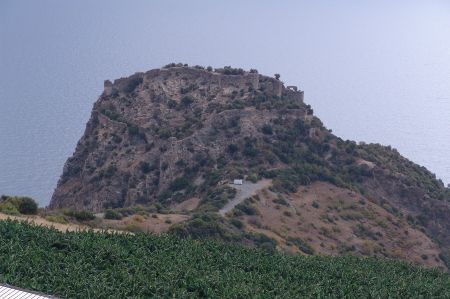 The Lagoon Peninsula, where the water enters through a natural rock arch to form 'Pirate's Cove', has some ruins at its highest point that may once have belonged to a church. However, these ruins are hardly accessible today. The view here is breathtaking and the view of the "Pirate Bay" invites you to swim.

Access to the medieval fortress in the west requires mountaineering skills and a lot of time, but it is an exciting tour with fantastic views. Northeast of the castle there used to be a harbour, as evidenced by the 53 stone, iron and lead anchors found on the seabed. Many of the anchors date from the Byzantine era and from the 7th - 10th centuries.