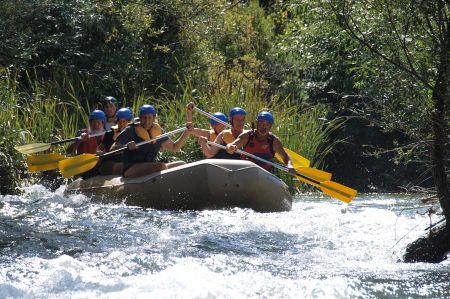 Our friend Martin had already invited to an event that required strength last year, but we couldn't do it due to time constraints. We were only able to talk our way out of it at the time because of the promise of participation this year: an insider rafting tour on the Alara River.

Rarely in spring is the water level of the Alara River exactly the right height, so that the flow conditions and water masses are not too strong, so that rafting is possible. 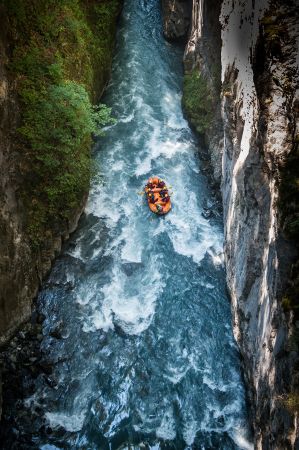 Only a little later the level dropped so much that obstacles can no longer be overcome, which also makes rafting on the route impossible. We could already see from his reports from previous years that there was really just a small-time window available.

A meeting of the 12 selected participants in the center of Alanya was then agreed early in the morning, from where the all-terrain vehicle was then to go up into the mountains to Güzelbag and on to the Alara River. After stowing the luggage and our provisions (everything was packed watertight in plastic barrels), we first followed the main road towards Antalya to the turnoff to Güzelbag in Konakli. Shortly after leaving the town, the road rises sharply and a little later we reach Güzelbag. We follow the road a little in the direction of Gündogmus before we went on forest roads to the banks of the Alara River. 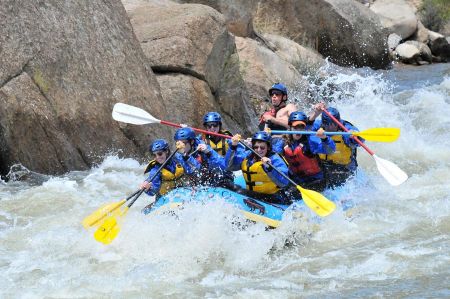 Since we have two rafts, there is roughly an equal physical division between the two pieces of sports equipment. A short briefing follows in which particularly noteworthy passages and the necessary precautions were pointed out. Here our guide had deliberately left a position unmentioned, which later cost me some effort. Life jackets, diving shoes and gloves were quickly put on and finally into the rafts, and thanks to the strong current, we made rapid progress without physical exertion. However, we quickly came across the first rapids, which required some paddling skills. Here I was lucky enough to sit in the raft of the very experienced tour guide, who was able to point out and steer the problem situations with precise instructions. After just 4 kilometers, the second raft capsized several times. The entire previous path showed only high pine forests to the right and left of the stony bank. The incision in the course of the river was partially lined by 20-meter-high embankments, it would have been impossible to escape here if the current was too strong or there were other problems, in short there was no turning back. 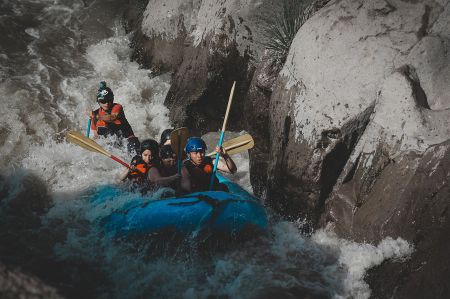 Smaller and larger rapids followed again and again, which had to focus our full attention. We too were very close to capsizing several times and the consumption of energy also became more and more noticeable. So we were quite relieved when the tour guide let us row to a small clearing where there was hearty food and drink. It goes without saying that we brought everything we needed and that it was properly packed and later disposed of. Already during the descent I felt as if a mischievous smile had appeared on the face of the tour guide. A little later I knew why.

Escort vehicle was already waiting for us 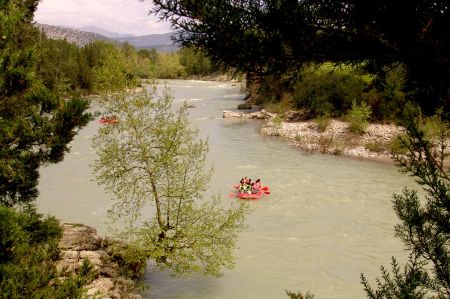 We all had at least a bit of panic when we went back to the rafts. Here the Alara River had some tributaries, so that it became noticeably wider. A little later there was another stop when we came across an ancient Roman bridge high above our heads. Some of the group had probably enjoyed the jumps after all, because they saw a new challenge in jumping off the bridge. Here I preferred to just do a few swims in the river, which was cold but very tempting nonetheless. 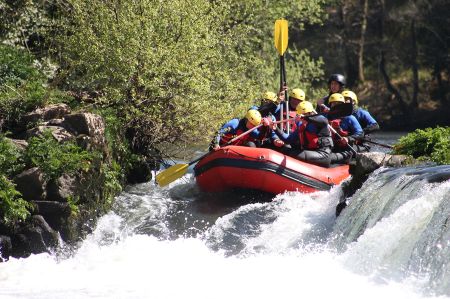 A little later, the river became calmer, and the rapids significantly less, so that it was quite relaxed. After the 25 – 30 kilometers we have covered so far, it felt good to recover a little. Right at the foot of Alara Castle Hill we stopped the rafts and left the river. Our escort vehicle was already waiting for us and after quickly packing our utensils, we headed back towards Alanya. A real adventure was coming to an end.

My wife noticed how exhausting the rafting tour had been a little later when she was waiting for me at the set table. But I didn't find out about it until the next morning. I fell asleep on the sofa so quickly.