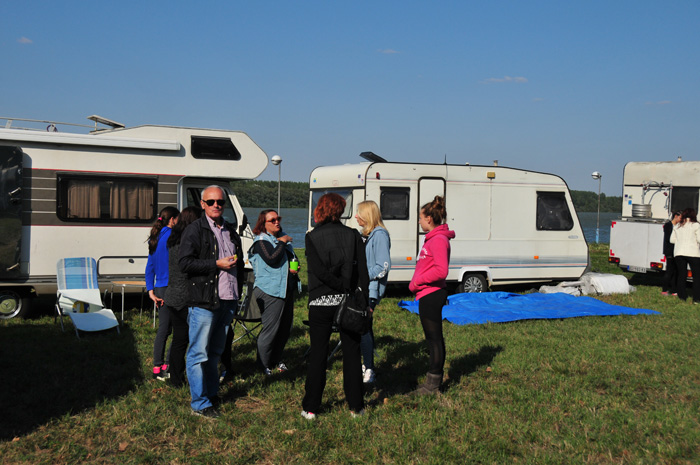 It was a warm welcome from Dusan and Nena, which we should enjoy after our arrival at their Camper Center Belgrade, starting with a mocca and first talks, also quickly followed an invitation for the weekend:

club meeting of the Camper Club Serbia on the Danube at Smederova , 46 kilometers from Belgrade. 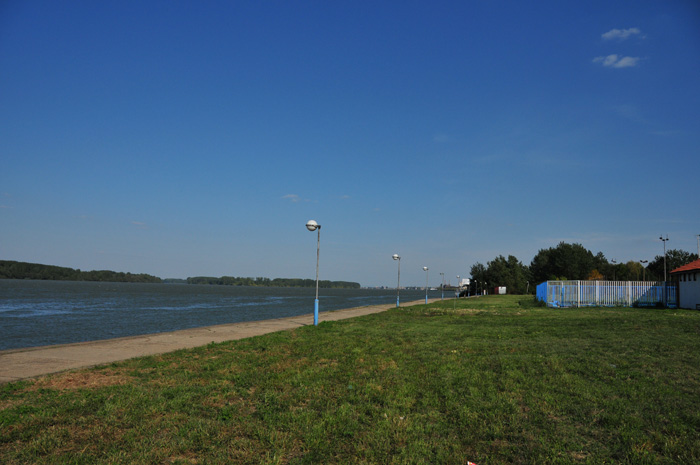 Dusan and Nena, owners of the Camper Center Belgrade, are also chairmen of the Serbian campers' club, which twice a year organize an informal gathering of their members somewhere in Serbia, this time right on the banks of the Danube near Smederova. 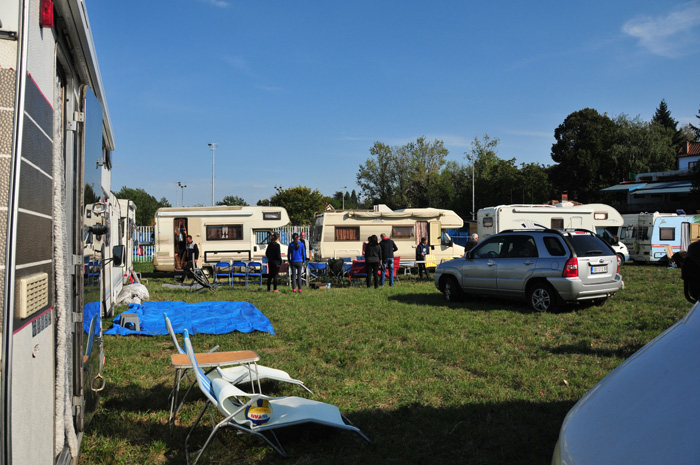 Early in the afternoon, on the country road parallel to the Danube, it was a short distance to the village, where a restaurant with a large parking lot seemed to be the destination. Dusan telephoned and a little later he went down a narrow path directly to the banks of the Danube. 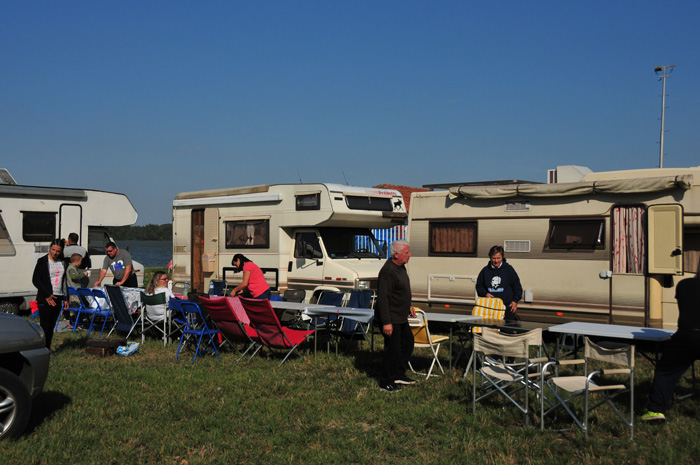 We were surprised to meet such a large group of campers and motor home users, but also caravans who had already assembled their vehicles into a large U, which resulted in a large open air space. 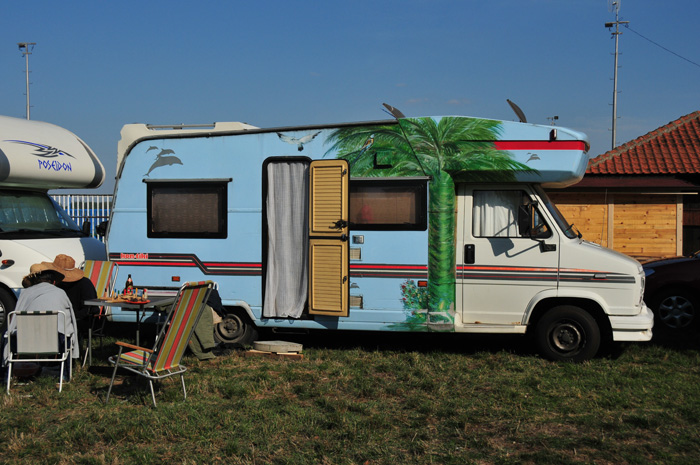 First tables and chairs were already set up, the welcome more than hearty. So there were first talks in English, but quickly there were also two couples who had worked in Germany for many years, which also spoke German. 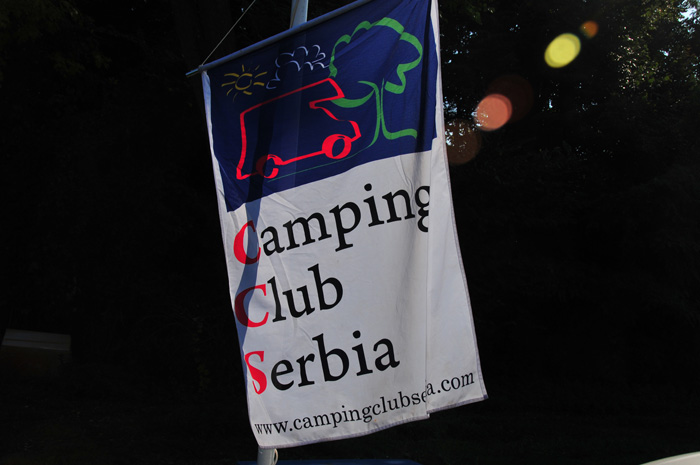 Immediately we were integrated into the community, very open was talked about many topics, not just the topic of camping was relevant. 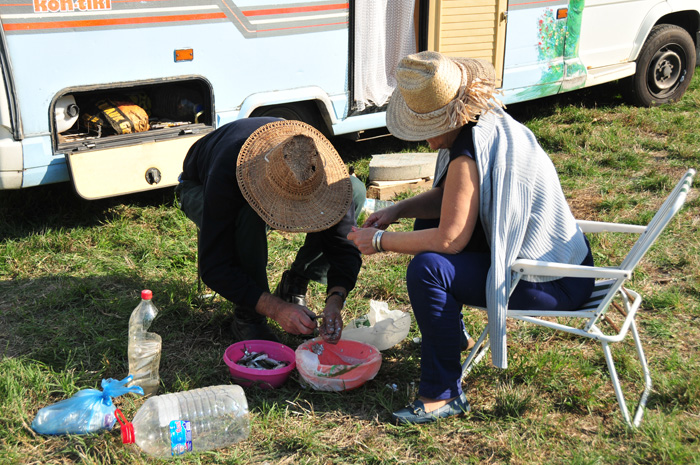 While new conversations were taking place, others were busy preparing food and drinks, which had already been brought from home. 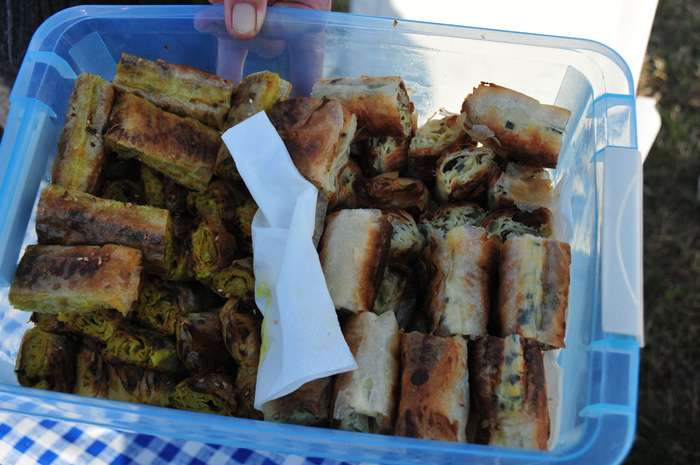 In addition to the obligatory really tasty barbecue, there were numerous pastries, whereby once again the reference to Turkey, or the Ottoman Empire of the past centuries became clear. Already the evening before, delicious kaymak had been served next to the potatoes. 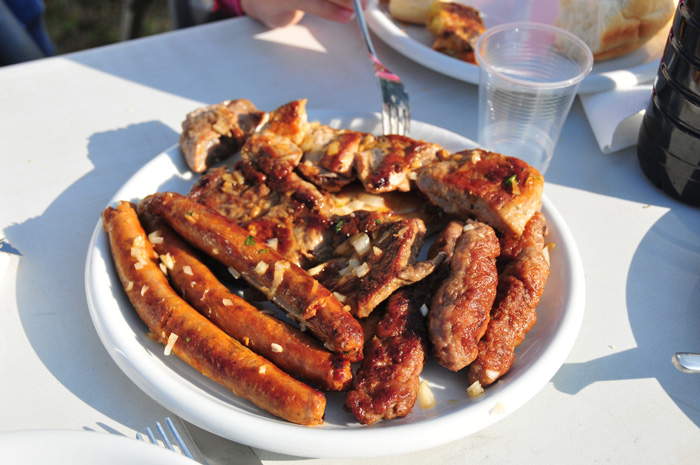 Of course, it was not lacking in a wide range of beverages, of course also home-made, from apricot schnapps to raki, from sweet home wine to exclusive red wine made from in oak barrels. 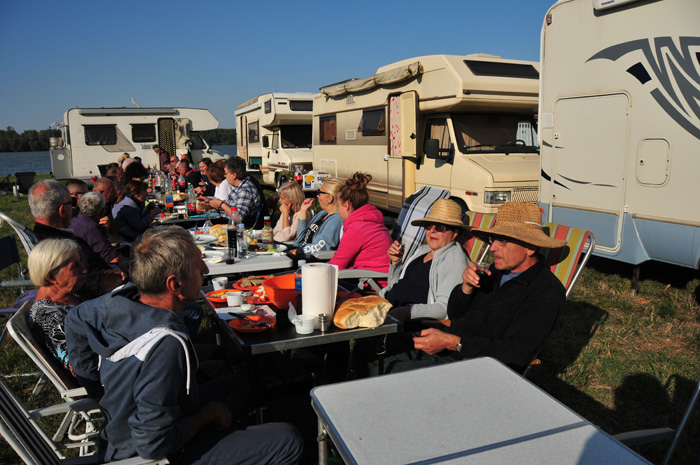 A relaxed get-together, which we had until the early evening, before going to Smederova for a short sight-seeing.

Intermediate stop at Belgrade - floating hotel on the Danube