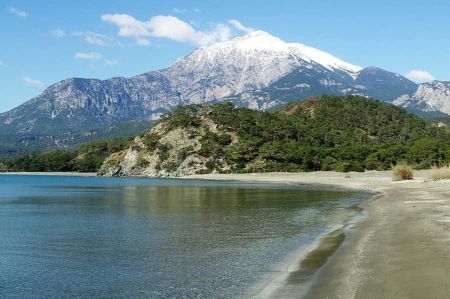 In the past weeks we have already reported about the mount Tahtali, near Olympos with its beautiful sandy beach as part of our reports on XC Turkey.

As winter is approaching here on the sunny Riviera, we would like to show you the other side of winter on the Turkish Riviera with some pictures. If some hard-boiled sun worshipers are still swimming on the beach and spending the last warm days of the year swimming, there will be much colder and a lot of snow just a few kilometres away from the beach. But isn't this situation also a determining factor for the trip to Turkey? 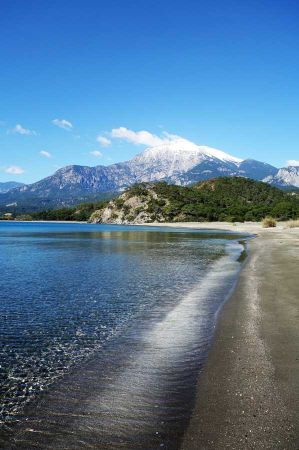 Based on our article on the Tahtali, a valued reader has provided us with some pictures that show the Tahtali in all its glory in winter. She and her acquaintance set out on a day tour from Antalya to the mountain and used the cable car, which is also in operation in winter, to reach to the summit. After a short drive on the coastal road via Kemer towards Finike, you turn right at Olympos to the valley station of the cable car, which is described as the longest cable car in Europe. After a short check-in and a 15-minute ride in the cable car, you will reach the restaurant building on the Tahtali.

A breath-taking panoramic view to Finike, to Antalya and across the Taurus is the reward for the cold and the wind at the summit, which demands winter-proof clothing. What a change of climate: little ago 24 ° and thus bathing and beach temperature and now -4 ° and snowball fight. Where else is it so easy and quick to do. We can just recommend this day tour to Tahtali in winter. Where is it, you are asking? If you are on the Turkish Riviera, just look along the coast. The mighty peaks can be seen from more than 50 kilometres away in clear visibility. And of course the snow-capped peaks. Enjoy your snow tour to Tahtali ..

We have 369 guests and no members online