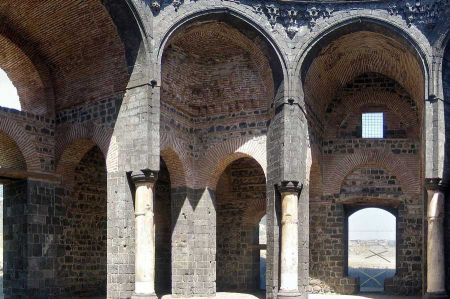 The Diyarbakir city walls were first constructed by the Roman Emperor Constantine. The city walls were enlarged during the Seljuk and Ottoman periods and 82 towers were added. These walls are the second longest walls in the world after the Great Wall of China and actually rank first in terms of wall height.

The Grand Mosque is the oldest and largest mosque in the city. The structure was initially St. Thomas’ Church and was later converted into a mosque. The Virgin Mary Church in the city is an old church dating back to the 3rd century A.D. The number of artefacts exhibited at the Diyarbakır Archaeological Museum, which were collected from the environs, exceeds 10,000. The houses where Cahit Sıtkı Tarancı, one of the most famous poets of the Republic of Turkey and Ziya Gökalp, the great Turkish philosopher, were born have also been turned into museums.

Folk Arts and Fruits of Diyarbakir 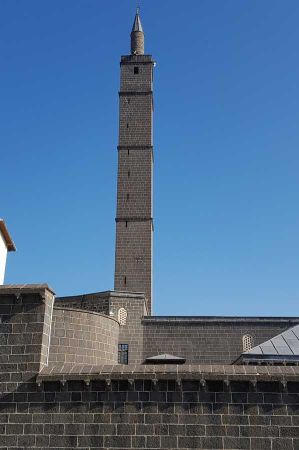 The folk art of Diyarbakır is very rich. The motifs and colours of the rugs, saddle-bags, socks and felts made at the foot of Karacadağ are very attractive. The Delilo, Halay, Lorke and Çepik folk dances, which are performed to the accompaniment of a drum and zurna (a double-reed instrument similar to an oboe, which is blown continuously with a unique technique) are very beautiful. Jewellery making, copper smelting and sericulture have also been developed in the city. Watermelons, which can weigh as much as 75 kilos, are the symbol of Diyarbakır.