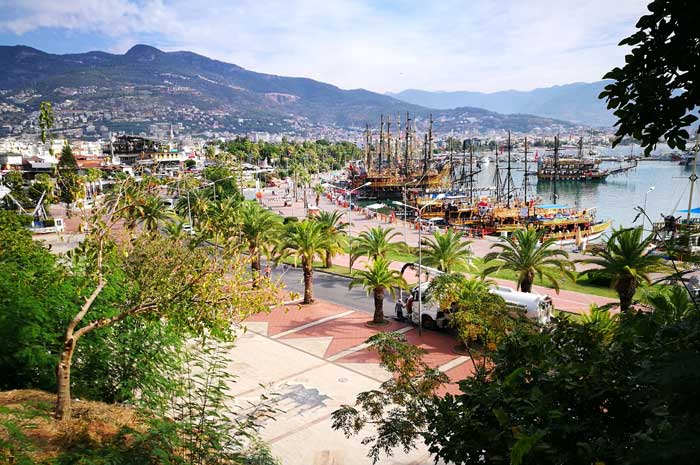 Once again there was a stopover in Alanya, which we also used for a walk along the harbor promenade and the Red Tower; surprised by the large number of tourist pirate and pirate excursion boats. Well, who does like it! 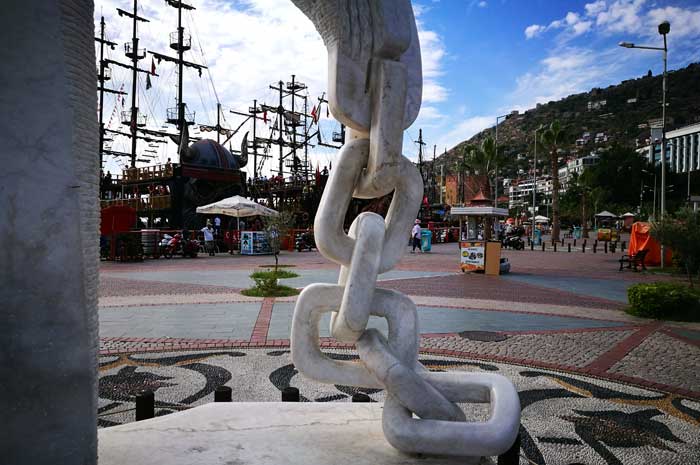 Already since many years a sculpture symposium takes place from November to December in Alanya, meanwhile the 14th event is already past. In the middle of the Promenadenplatz a first stone figure, which thematically due to the symbolized anchor chains fits very well to the harbor. 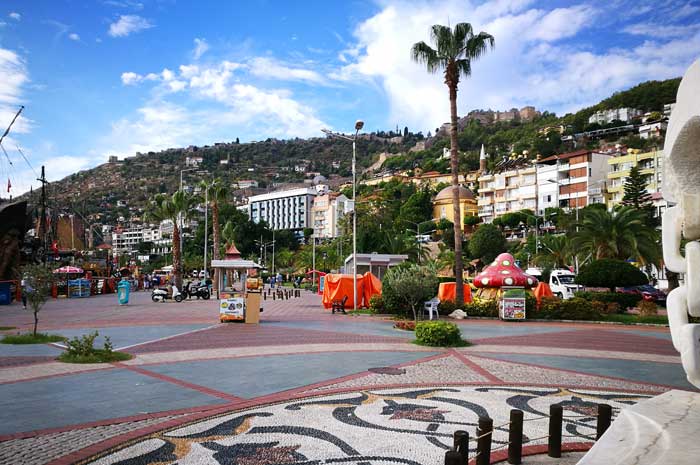 During the production time, the stonemasons and artists sit from morning to evening, except at noon, near the barrier on a wooden box, sometimes upright, sometimes bent, often huddled, wrapped in clouds of dust, they see nothing, hear nothing, saw, grind anyway , chisel, chisel, chisel, endless. 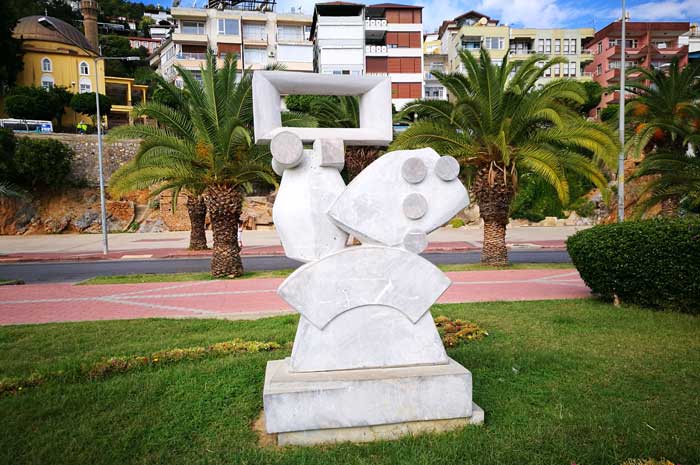 On the large board are displayed the names and photos of the individual artists, including their nationality based on the flag, including their work of art as a bronze figure in miniature or as a drawing. Every artist has to stand on a small table next to him on a small miniature form - so that he does not lose himself. 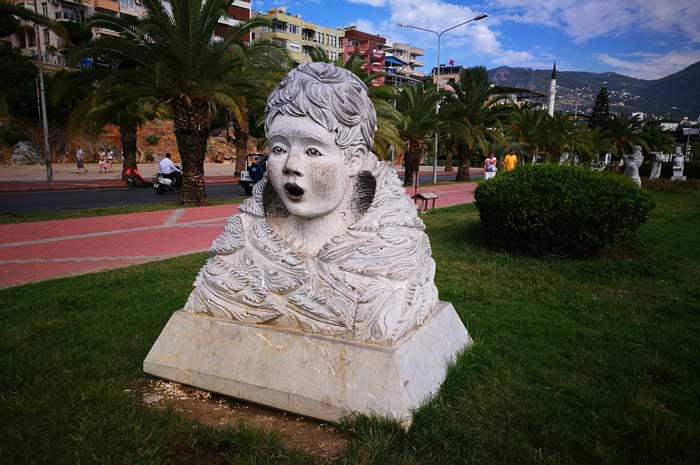 Last year, three Turks, three Russians, a Polish woman, a Ukrainian, a Serb and an Englishman participated in the Sculpture Symposium. Selected among 200 applicants. The results of the work will then be used for decoration along the harbor promenade. 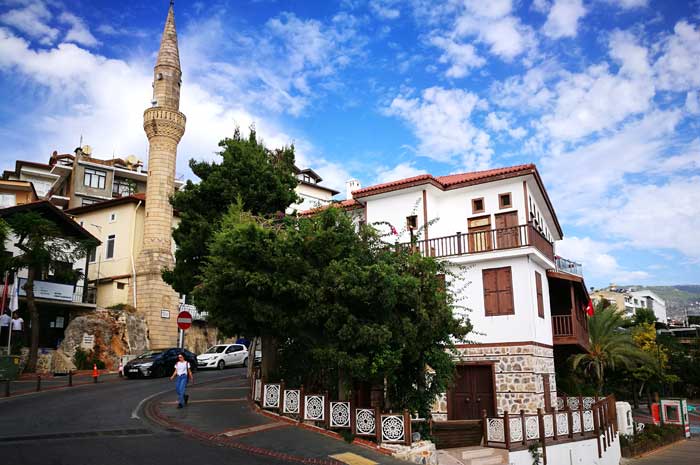 Passing some beautifully restored, typical old town houses, we continue to the Red Tower / Kizilkule, the landmark of the city of Alanya, which was once built here by the Seljuks. 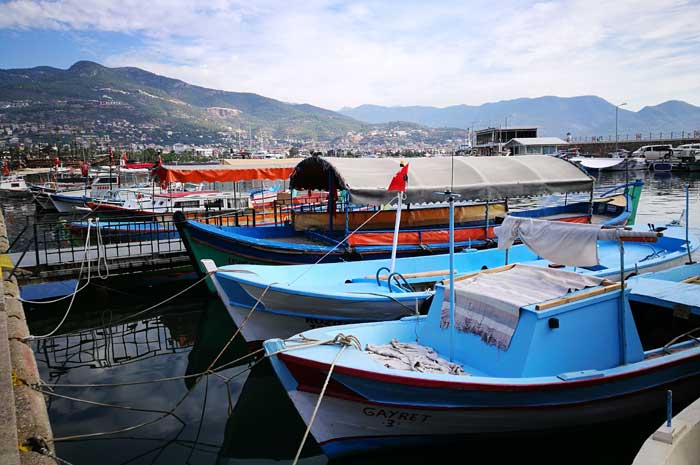 Here we come across the lower part of the eternally long city wall of the once so important harbor town, which also often served pirates as their home port. Maybe the pirate excursion ships at the harbor should refer to it. In the background, by the way, the historic shipyard / Tersane, which should be an absolute must during the Alanya visit. 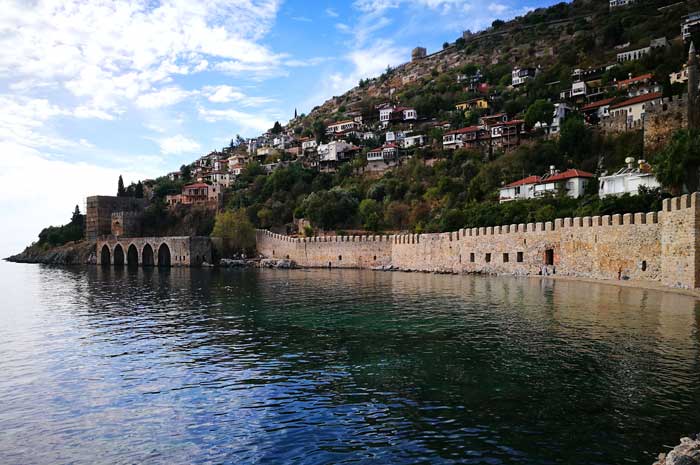 Along the city wall the way leads up to the old town, where there are more beautifully restored houses, some in wooden construction too. Although climbing along the city wall is always exhausting, the view, however, is fantastic. 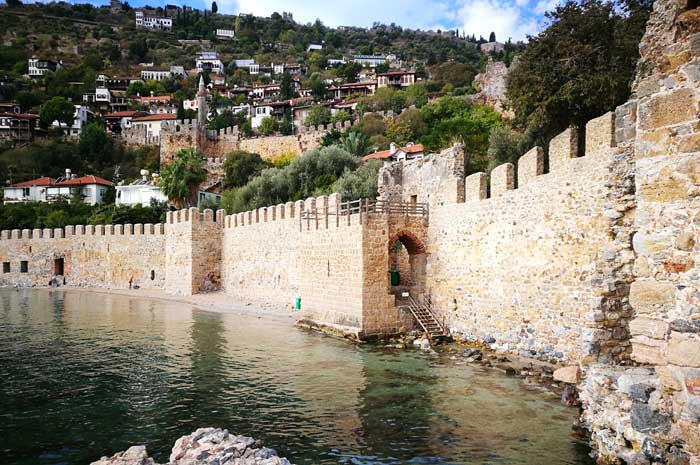 Through the narrow streets it goes up to the castle, beautiful streets and beautiful houses on the way. Every now and then a small cafe, so the walk up to the castle is very pleasant to commit.
Please read as well: