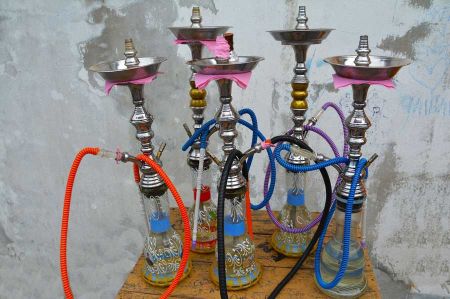 With great relish Ahmed is leaning back and blowing a thick cloud of white smoke into the air. After a gulp of tea and a few words with his neighbour he turns back to his hookah. With the help of a pair of small tongs he puts several pieces of coal into the correct position on the wooden head of the hookah.

Into the middle of it he puts a large piece of tobacco, which is covered with aluminium foil. Everything seems to be okay and Ahmet takes a deep breath through a long pipe which goes below the hookah head into a round water pot, producing the sound of blowing bubbles. He needs to suck heavily for the smoke to find its way through the water, the pipe and the ornate embouchure into his lungs. "Swallow, swallow", Ahmed is saying to himself, touching his stomach with relish as the smoke gets inside him. He is a real professional when handling his "nargile", which means hookah. In some of the larger Turkish cities, new cafes offering the traditional hookah are being opened.

Nargile - good for everyone? 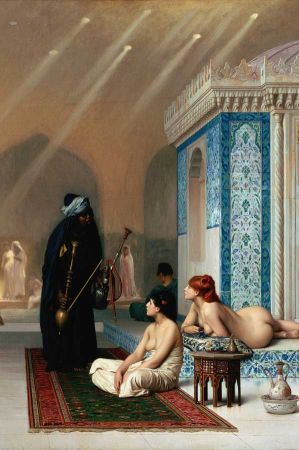 There are also some places in Alanya, for instance, next to the market hall where the Friday market is held.

Other towns like Fethiye have been offering cafes like this for a couple of years and they have become tourist attractions. We will see what is going to happen.

In these new cafes, you can see large gatherings of colourfully-dressed people, from young couples using a hookah together to large families with children. During Osman times, the hookah was introduced in the 16th century from Arabia. It was mainly used close to the mosques. After finishing prayer, men assembled in shady places together with their hookahs to discuss daily problems and have philosophical discussions about how to change the world. 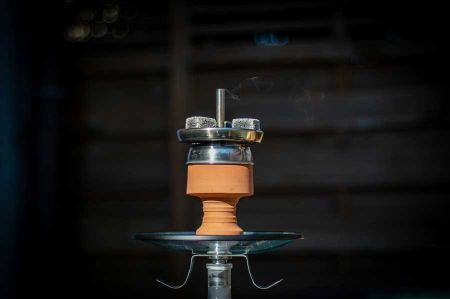 To make the tobacco wet enough so that it will smoulder for a long time is a special skill. It also needs a lot of practice to be able to organize the coal on the tobacco so that it is burning properly. Today it is much simpler. The waiter offers the well prepared hookah to his customer together with some pieces of hot coal which are necessary for lighting the tobacco. Instead of using unpleasant herbs, as they did in former times, you will now find light mixtures of apple, banana or even Cappuccino flavours. This new tobacco, mostly imported from Egypt, is one of the main reasons why using a hookah has become so popular again.

If you want to try it, lots of the tobaccos are without nicotine. Also, don't forget to ask the price before ordering.

We have 428 guests and no members online