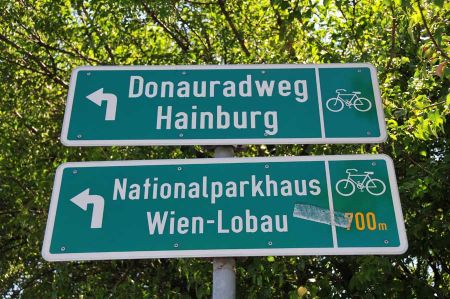 The Danube Cycle Path, which has been heavily frequented for several years, mostly runs on both sides of the Danube, sometimes only on one side, so that the Danube has to be crossed several times during the cycle tour.

Just the Danube crossings are a part of the highlights when traveling by bicycle and bike trailer BTurtle. The Danube Cycle Path often follows the ancient Roman road along the so-called Danube Limes, which once connected the Roman stations, castles and fortresses until the Danube Delta. This Roman road was known as Donauweg or Via Istrum. 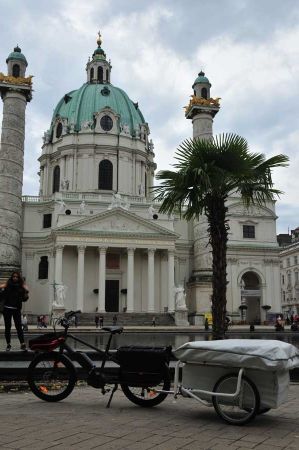 Coming from Passau and after reaching the monastery hill of Göttweig Abbey and the castle hills near Hollenburg, one reaches the lowlands of the Tullner Feld past other power stations, at the beginning of which is the very old settlement Traismauer (the Roman Augustianis). South of the Danube are peasant road villages, north of the Danube floodplains begin with numerous oxbow lakes. The bike path leads across the grounds of the never before started nuclear power plant Zwentendorf. In Tulln (two Danube bridges and old town), the Vienna Woods come into view, at the foot of which the castle Greifenstein and the Babenberger monastery Klosterneuburg lie. Through the Vienna Gate on the steep slope of the Leopoldsberg, you come to Vienna and drive onto the Danube Island, an elongated island built as a flood protection, which serves as an event and recreational area as well as a nature reserve.

The Danube Cycle Path crosses the Vienna Basin and you can visit one of the many Marchfeldschlösser and the center of the Donau-Auen National Park at Orth. On the river terrace on the south bank lies the Roman town Carnuntum near Petronell with several excavation fields and the Heidentor. From a distance you can see the Hainburger mountains in the east near where the Carpathians begin, and get into the city of Hainburg with the Wiener- and the Hungary Gate. On the edge of the city, the route leads past the castle and Braunsberg (Celtic excavations) and the Thebner Kogel to the Hungarian Gate - the transition to the Hungarian lowlands. Immediately after the Austro-Slovak border, where the March flows into the Danube, lies Bratislava, the capital of Slovakia. 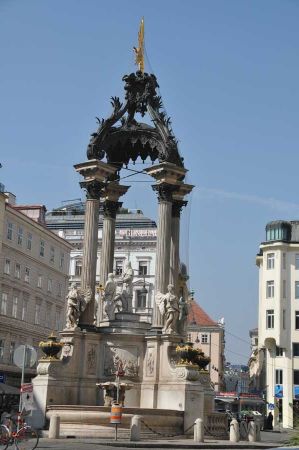 In Vienna there are numerous buildings of all epochs of architecture, from the Romanesque Ruprechts Church to the Gothic St. Stephen's Cathedral, the baroque Karls Church, the high-baroque Jesuit Church and the buildings of classicism to modernity. Just one of the reasons to stay here for a few days.

Particularly noteworthy, however, is the architecture of the Wilhelminian era, which makes the former imperial city of Vienna appear from a single source. It is precisely these who architecturally represent their affiliation to Austria-Hungary in former cities of the Danube monarchy, such as Budapest or Prague or Lemberg in the former Galicia.

The Art Nouveau has also left its mark on Vienna: Secession, the Karls Square light rail station and the Otto Wagner church on the Steinhof are among the world's most famous buildings of this era. In 1910, the Kai-Palace was also the first office tower in reinforced concrete in Austria.

An outstanding way to spend the night in Vienna can be found in the Campsite New Danube, let some peace and quiet and use the good facilities of the campsite for body hygiene extensively. 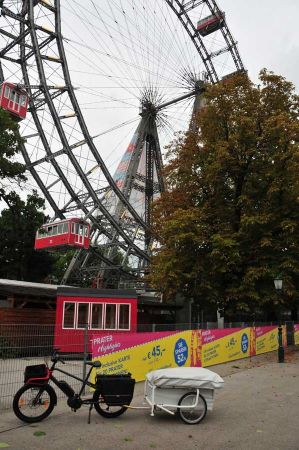 From the Danube Cycle Path to the campsite Neue Donau there is only a road with traffic lights to cross, after 100 meters the campsite is already reached. From here, the cycle path leads across the Danube bridges into the city center, mostly through the Vienna Green Belt to Ernst Happel Stadium, then on to the Prater, to name just one possibility. The cycle path network in Vienna is presentable, so extensive and often away from traffic.

The share of bicycle traffic in total traffic in Vienna in 2016 was 7 percent. In some areas, however, the value is significantly higher. The bicycle traffic is measured at about ten automatic counting stations and increased at these locations compared to 2015 by 6.4 percent. The network of public cycle paths, cycle lanes and cycle routes in the city area in 2017 will cover approximately 1,298 kilometers; Of these, 53.73 percent are cycle routes, low traffic areas, residential streets, pedestrian streets, driveways and open lanes, 20.74 percent physically isolated from traffic, and 25.53 percent marked facilities (such as bicycling, multipurpose and cycling against the one-way).