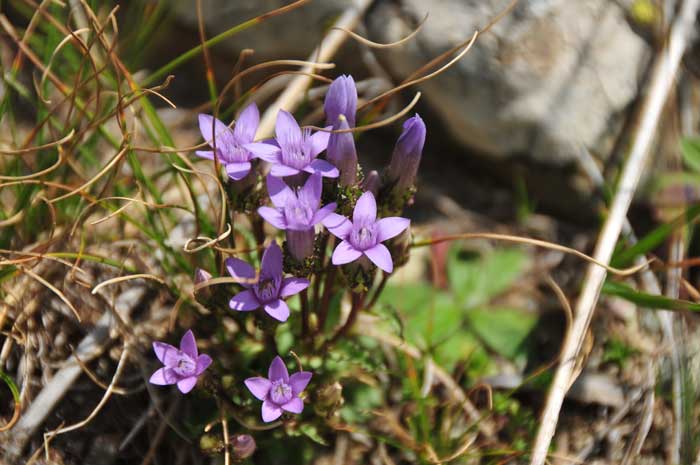 - but soon the first snow will appear on the mountain range at the border mountains to Albania of 2.000 meters height. 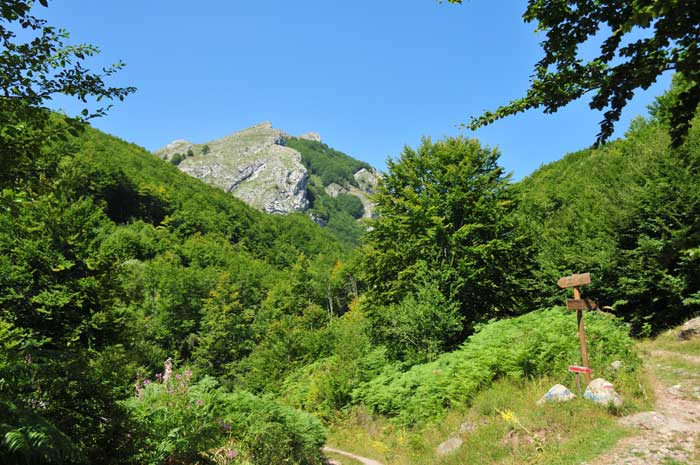 We wanted to use the still warm sunshine for a long hike up to the high pastures above Gorna Belica one last time this year before we wanted to continue our exploration in Greece. 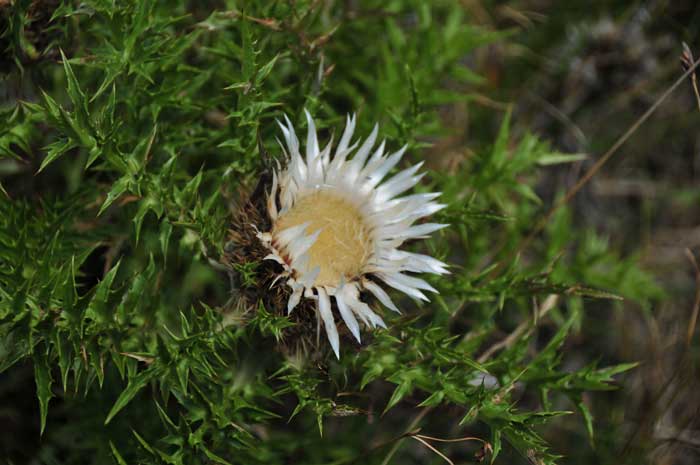 For this hike we went up to the mountain village Gorna Belica this time, which is located at almost 1,800 meters height above the Ohrid lake hidden in the high forests. 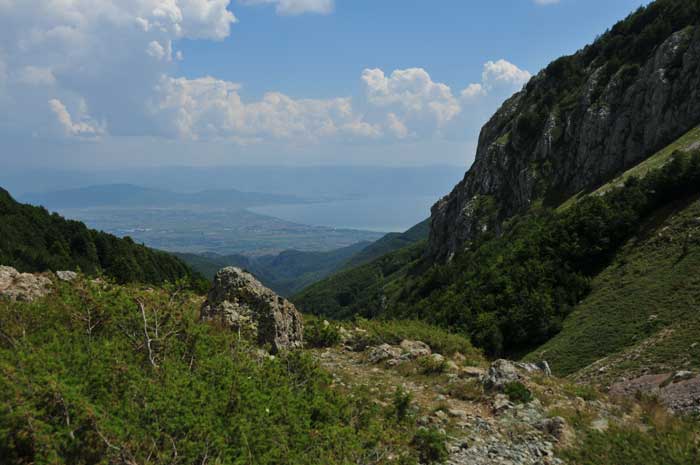 From here you can follow the path along the not far away, former border control route as a circular route to Vevcani .... 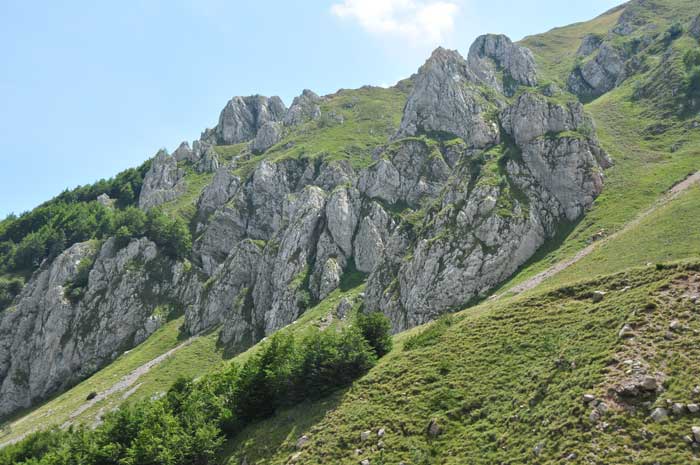 ..... and in the opposite direction to the border crossing at Quafe Thane. 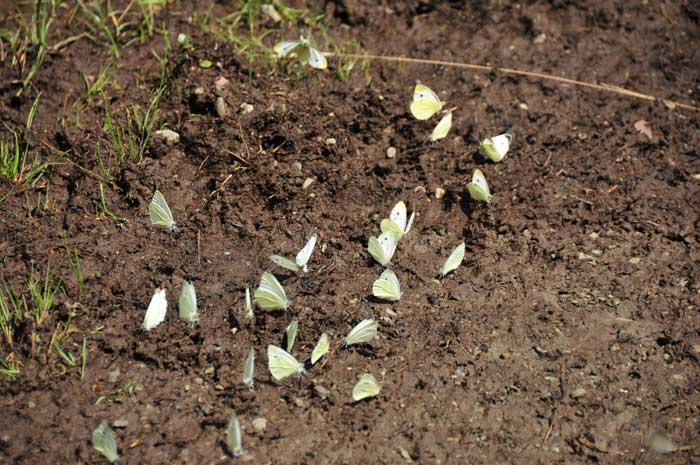 The high mountain forest was initially still in lush green, higher up, however, already discolored autumn, .... 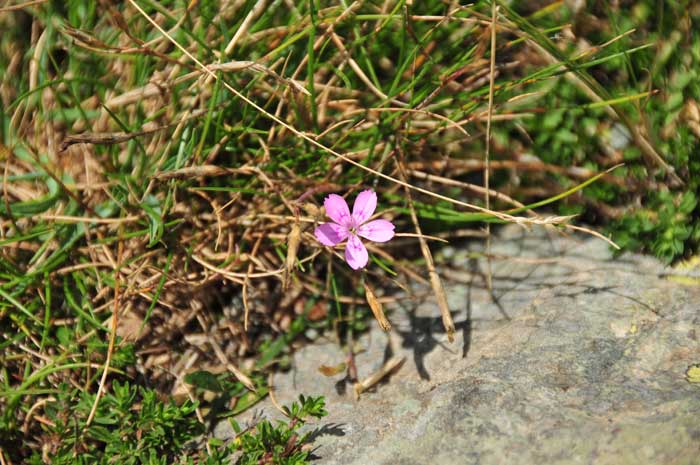 ...., we were surprised to find numerous flowering plants, which were visible from far away in their bright colors. 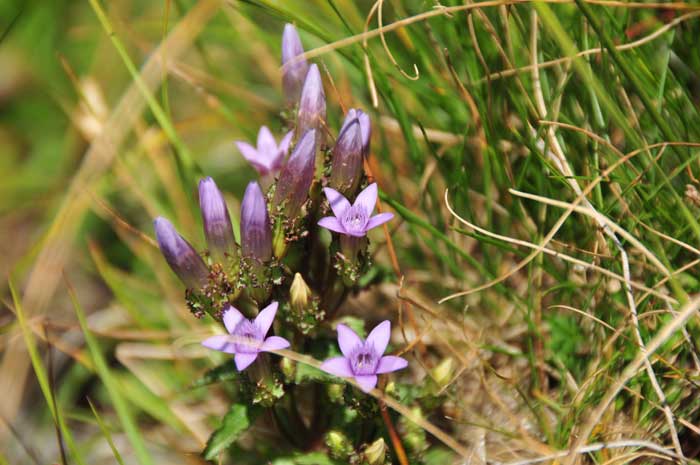 Above the tree line, we reached the small stream which, despite the hot summer, still carried a lot of water and we followed it up. 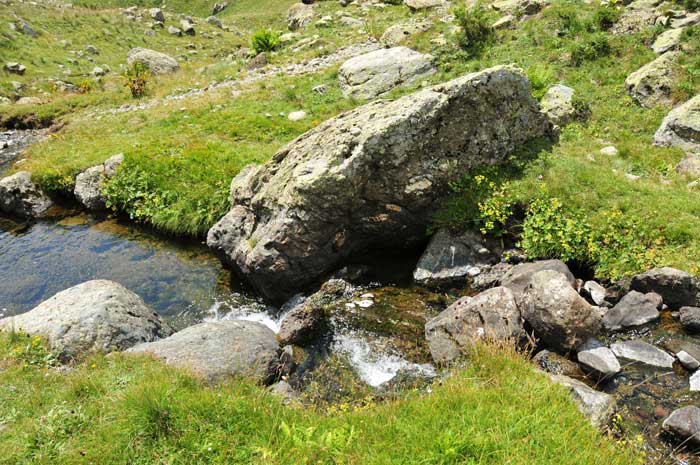 The trail is well marked, the colors red and white had just been refreshed at the beginning of the year, we had reported about it. 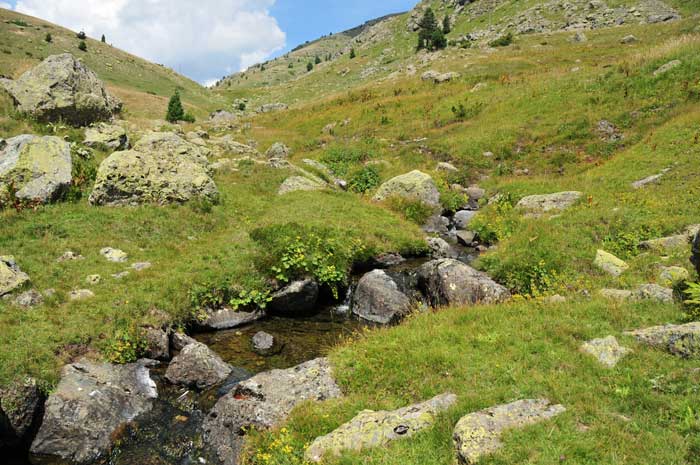 At the transition to the other stream bank we took a short break, not at least to enjoy the peace and view a little. 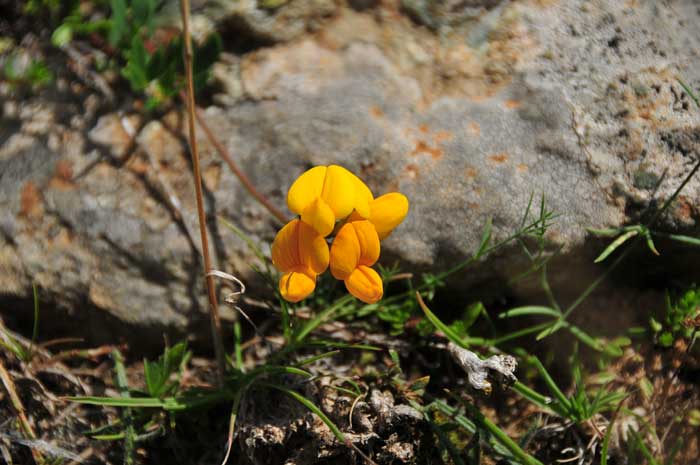 Soon we were one with nature, in the distance we saw a goatherd, which was already on the way back down to the mountain village. 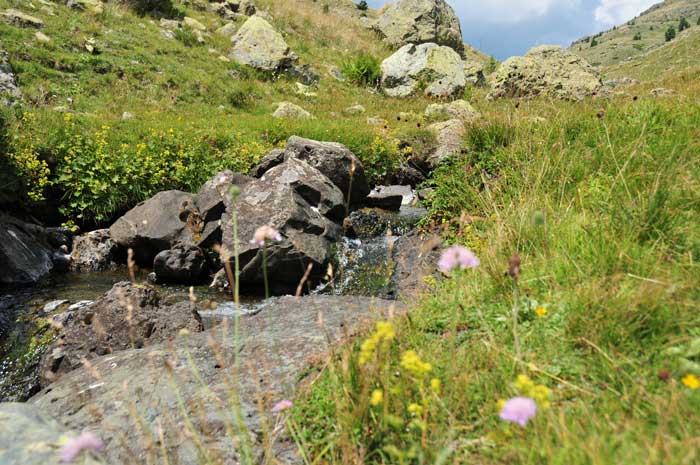 First thick clouds moved over the ridge, also first rumbling made attentive, which raised a thunderstorm. 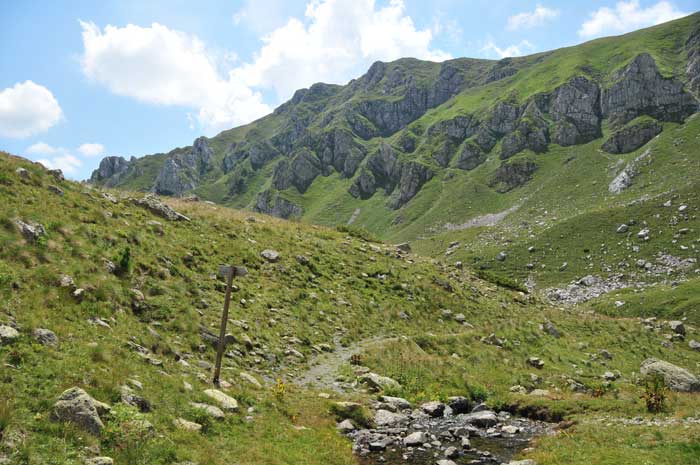 Time to return back to Camping Rino. 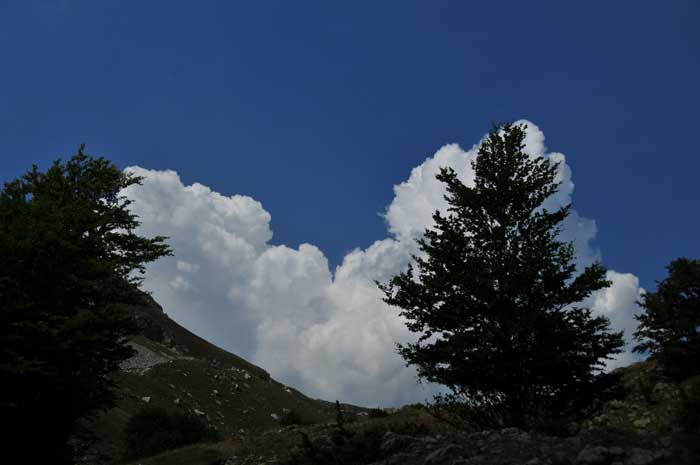