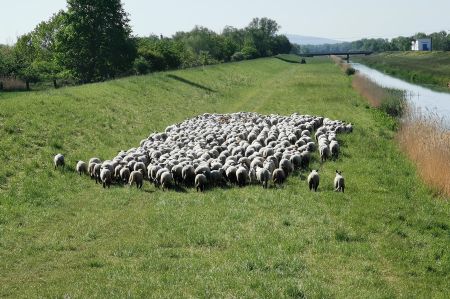 Sheep provide us with wool, milk and meat and are among the oldest breeds of domestic animals known to anyone who has ever seen a flock of sheep.

The first domesticated sheep are dated to around 8000 BC. in the "Fertile Crescent" in present-day Turkey, Iran and Iraq. Living on the North Sea coast, sheep also serve a significantly different purpose. They ensure the safety and maintenance of the dykes, not only on the North Sea, as we have seen, because the North Sea has the highest dykes, but the dykes along the rivers are not without.

Exploration of monumental sights in Burgenland 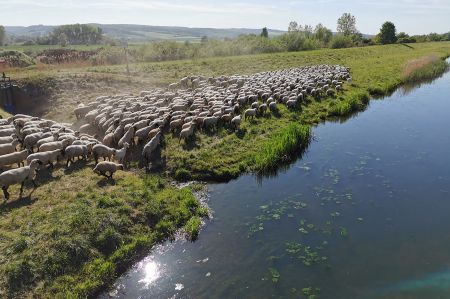 Once again we were on our bikes to explore the best routes for cyclists in Burgenland and the adjoining regions, had extensively explored the medieval ruins of the imperial palace in Memleben and then rode along the Unstrut in the direction of Wendelstein Castle and following the Unstrut dike to Roßleben. Now it should go in the direction of Wiehe and we didn't want to cycle along the L 1217 country road. So immediately turn left off the road, following the signs for the cycle path.

After a few hundred meters we came to a bridge over the Unstrut Flood Canal, which forms the border between Saxony-Anhalt and Thuringia. Some anglers tried their luck from the bridge and some cyclists had gathered on the bridge to take a break. A little later we were supposed to follow the peer pressure of a flock of sheep that were grazing along the Unstrut Flood Canal with shepherds and shepherd dogs and were now to be resettled under the bridge to the next area. At first hesitantly, but then at high speed, the herd mastered the crossing under the bridge, where the shepherd and his shepherd dogs preferred to look for the way over the bridge. 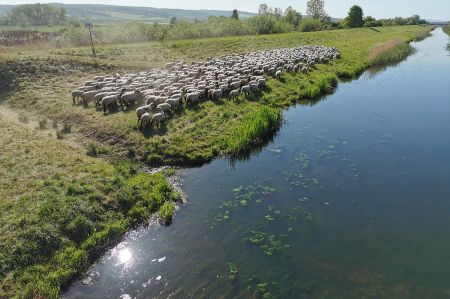 Dikes or dams have not only been built on the North Sea for many centuries, but also along many rivers. They keep the country dry during high tides and thus protect against severe flooding. It goes without saying that these dikes on rivers or on the sea must be maintained on a permanent basis. For this reason, many of the so-called dykes maintain sheep farms, which allow many hundreds of sheep to graze on the slopes of the dykes.

Berat - City of a thousand windows - influenced by Ottoman