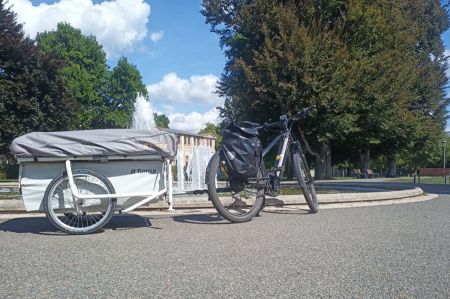 In 2022, Jörg again invited to the meeting of the bicycle caravan fans in Wunschendorf near Gera. Since we ourselves were busy at the time of the meeting at the Caravan Salon in Düsseldorf, we asked our friend Moritz Hillebrand (Mobee Osnabrück) to take part in the event, not without the background of further experience in terms of traveling by e-bike and caravan trailer by train to collect.

Because it was also clear that the journey from Osnabrück to Gera, after all, was 430 kilometres and simply too far for a short weekend trip. So we were excited to see what Moritz had to tell us. 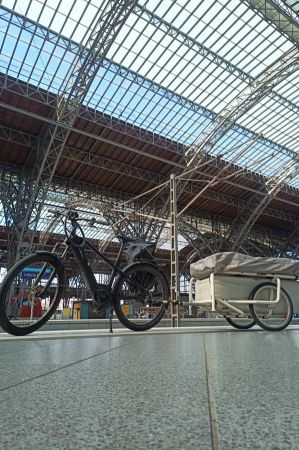 As a passionate cyclist without his own car, Moritz was the right person to find the right tone with the railway staff in what were perhaps somewhat difficult situations when getting on and off the train.

Not an easy task in our clocked world, especially since there is no guaranteed space for the vehicle.

But as Moritz approached the subject with his North German composure, we had no qualms about reaching the Wunschendorf destination on time. And our thoughts were subsequently confirmed accordingly. Only once was there a short discussion about the caravan trailer that shouldn't be included, after that everything went perfectly.

The first destination by train was Gera train station 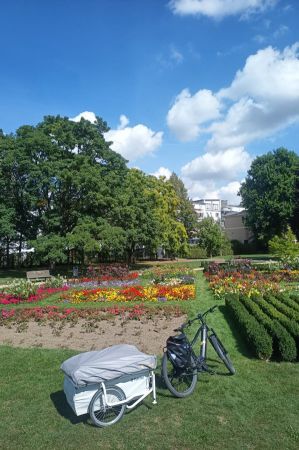 Gera is located in the north of the Vogtland on the Weißen Elster in the east Thuringian hills at an altitude of about 200 meters and is part of the metropolitan region of central Germany.

At the southern city limits (near Wunschendorf, the later destination for the meeting) the Weiße Elster emerges from a narrow valley on the eastern edge of the Thuringian Slate Mountains and flows into a wide valley landscape in which the city of Gera spreads out.

While the western edge of the valley drops relatively steeply, the eastern edge gradually rises. Arrived in Gera at the train station, the bike path along the Weißen Elster was hard to miss, so there was still some time to explore the city centre.

Some information about downtown Gera 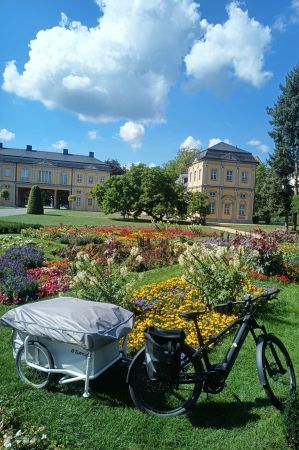 In addition to the old town, which is demarcated by the remains of the city wall and the alley behind the wall, the city centre also includes the eastern quarter and is bounded by the Weißen Elster in the west and the main station in the northwest. In the east, the contiguous urban area already closes with the district of Leumnitz, which borders on the eastern quarter. In the south, on the east bank of the Weißen Elster, the city centre merges into the Pforten district in the area of ​​the winter garden; to the south is the Zwötzen, which is structurally separated by floodplains and railway embankments. From Zwötzen, a thin, built-up strip leads along the Salzstraße to Liebschwitz, which belonged to Saxony until 1928. To the west of the Weißen Elster begins the long Debschwitz district opposite the city centre, which stretches along Wiesestraße for one and a half kilometres south to the prefab housing district that emerged in the 1970s and is still the most populous district of Lusan today. 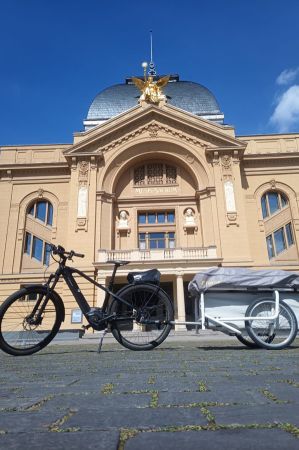 Northwest of the main train station is the district of Untermhaus, on both sides of the Weißen Elster. Due to its proximity to the former princely residence, it is one of the most elegant districts in Gera. To the east of the railway tracks are Bieblach, with its characteristic residential buildings from the 1950s and 1960s, and Tinz, which extends to the motorway and consists of industrial and commercial areas.

The historic centre of the city is still the market with the Gera town hall, which was inaugurated in 1576, the baroque Simson fountain and the city pharmacy. The so-called Schreibersche Haus on the Nicolaiberg, built in 1686/88 on the foundations of a free house destroyed in the civil war in 1450, was the only building that survived the great city fire of 1780. The remains of the city wall with a defense tower have been preserved at the city moat. Well-known historic church buildings in Gera are the Salvatorkirche (Baroque with Art Nouveau interior), the Johanniskirche (Neo-Gothic) and the Trinity Church (Renaissance, Neo-Gothic) in the city centre and the Marienkirche (Late Gothic) in Untermhaus. 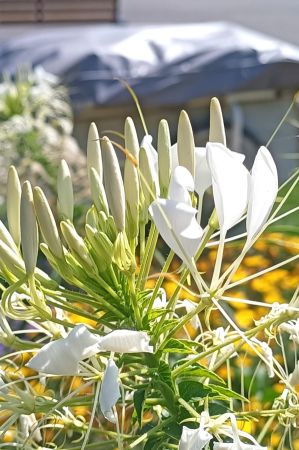 On the Hainberg above the Untermhaus district you will find the former Romanesque keep from the 12th century as well as the remains of farm buildings and the courtyard of the former princely residential castle of Reuss younger line (Osterstein Castle).

From the keep there is a far-reaching view over the city of Gera and the core area of ​​the Federal Horticultural Show of 2007 with the Hofwiesenpark. Osterstein Castle was destroyed in a bomb attack on April 6, 1945. The area with the keep, ruins and a restaurant built in GDR times has become a popular destination and is also used for cultural exhibitions.

Special feature in Gera - the brewing rights led to a basement 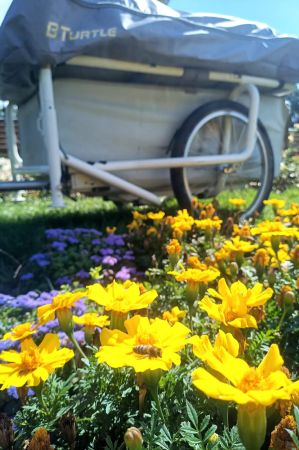 A special feature of Gera are the Geraer Höhler. These deep cellars under the actual cellars of the houses in the historic old town were built in the 17th and 18th centuries. The beer brewed by the citizens was stored here. According to the city law of the time, the right to brew was linked to house ownership within the city. The caves were not connected and only accessible from the house or cellar above. Later the caves fell into oblivion. Some of them were used as air raid shelters during World War II and were connected to one another as a result.

Gera is known for the high number of villas due to its former importance as an industrial city. They are mainly to be found to the north and west of the city centre in the districts of Untermhaus and Heinrichsgrün and in the Berliner Strasse/Friedrich-Engels-Strasse area. The House of Schulenburg by Henry van de Velde and the Villa Jahr are particularly well known. The Tierpark Gera, the largest forest zoo in East Thuringia and one of the largest zoos in Thuringia, is located in the Debschwitz district. It shows over 500 animals from over 80 species on an area of ​​around 20 hectares. The attractions of the zoo are the walk-in monkey enclosure and the park railway, a small railway with a length of around 800 m from Martinsgrund station at the zoo entrance to the wolf enclosure in the upper part of the zoo.

In the course of the Federal Horticultural Show, the Hofwiesenpark, which serves as the main exhibition area, was created as a large, attractive city park close to the centre, which also included the former summer swimming pool and the Villa Jahr. It was connected to the second exhibition area, the Neue Landscape Ronneburg, by a band of newly designed green and commercial areas. In addition, the city has other popular inner-city green spaces with the kitchen garden, a baroque pleasure garden between the orangery and the theatre, as well as the dahlia garden, a show garden for dahlias, and the botanical garden.

Continue by e-bike to Wunschendorf for the meeting 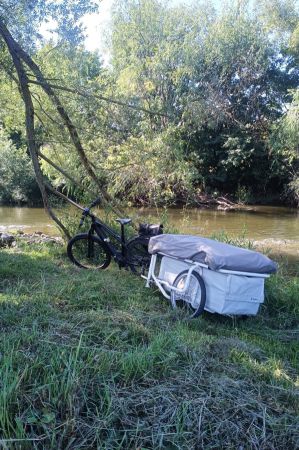 E-bike and caravan trailer were quickly coupled, so that nothing stood in the way of continuing along the Weißen Elster. From the train station to the meeting point there was only about 12 kilometres to go, for which Moritz needed a good three quarters of an hour, as there were still a few foros to be made.

A further report on the bicycle caravan meeting follows a little later.

Bike-Caravan for e-bikes - a meeting at Zeitz