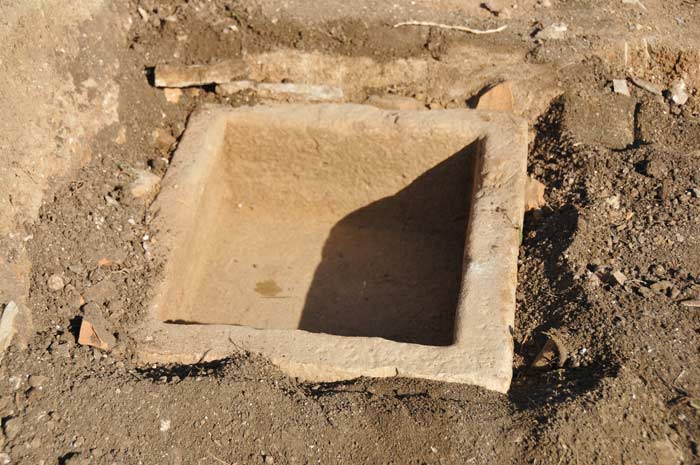 In our article "Archaeological excavations of ancient Siculi 2015" we had already pointed out the unusual concept about the gentle excavation "tourism", in which students and / or other interested parties can actively participate in genuine archaeological sites. 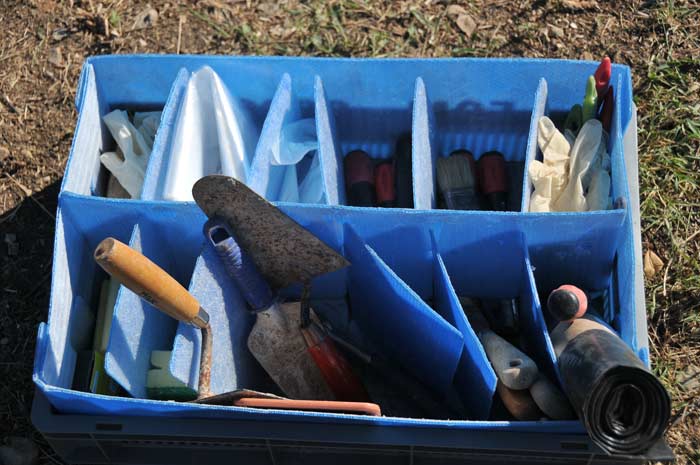 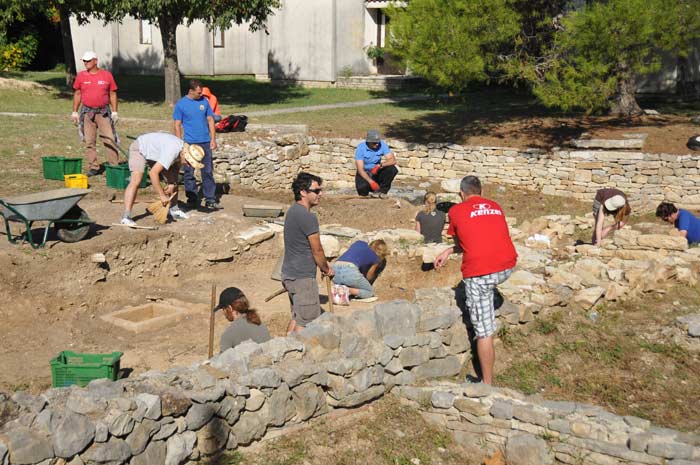 Under the supervision of technically expert archaeologists, participants were introduced to different sections, which should move slowly into the different layer sequences of the subsoil. 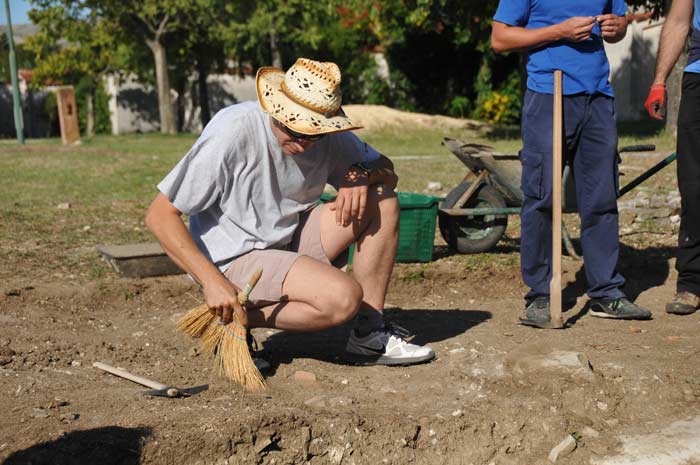 Of course, a continuous change of the respective activities should be carried out within the group of participants, so that each could work in the different layer, not just in the first one. Here Robi is working at the first layer. 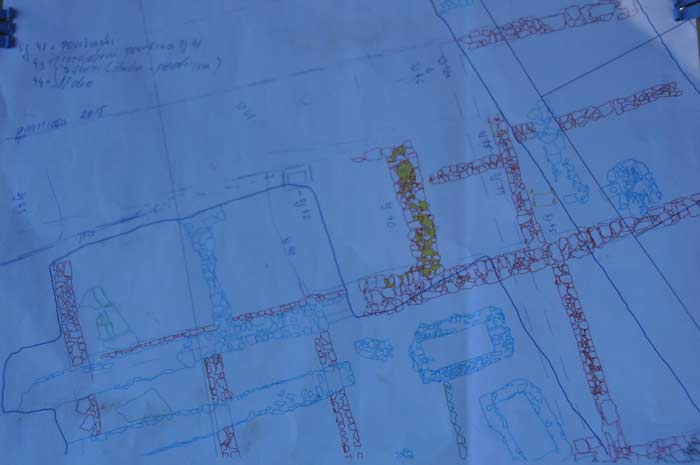 Additional forces on the spot for the removal of excavated material, for continuous measurement of the excavation process, for the registration and marking of the finds on projections is at stake as well. 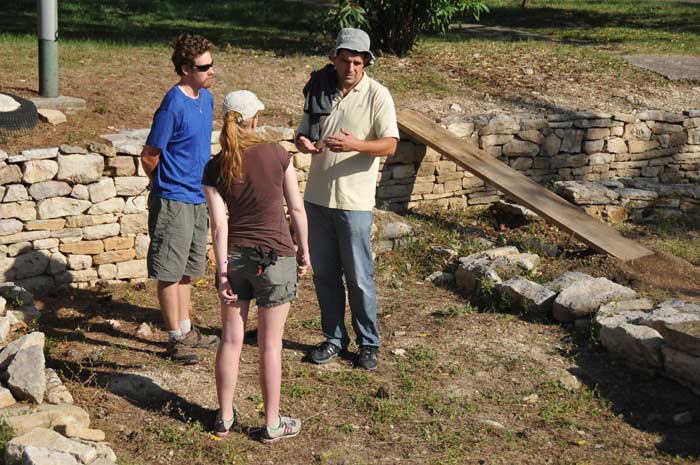 On 6 "tourist" archaeologists 6 other professionals are ready who are working with the relevant documentation, a first mapping of the finds, the accompanying questions of the participants and of course the registry. The picture shows the head of the local archaeological museum. 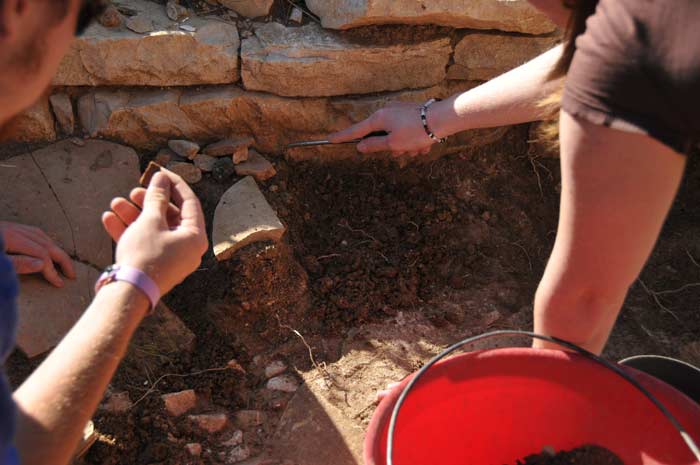 The procedure was marked due to more tangible interest and every little piece of possible treasure or artifact was put under control. 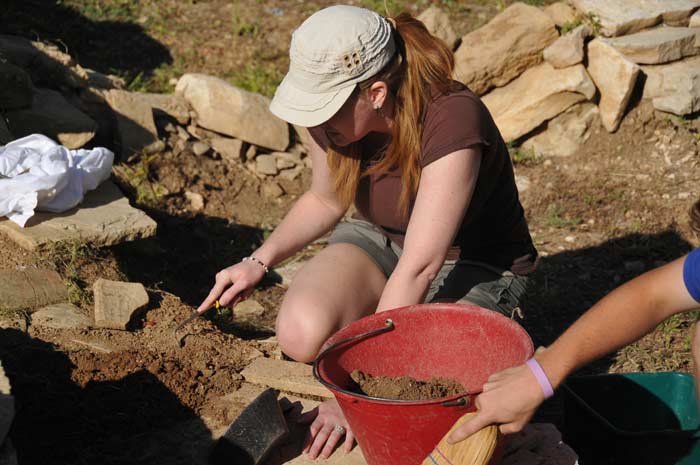 It has been repeatedly brushed, scratched and decking removed, ..... 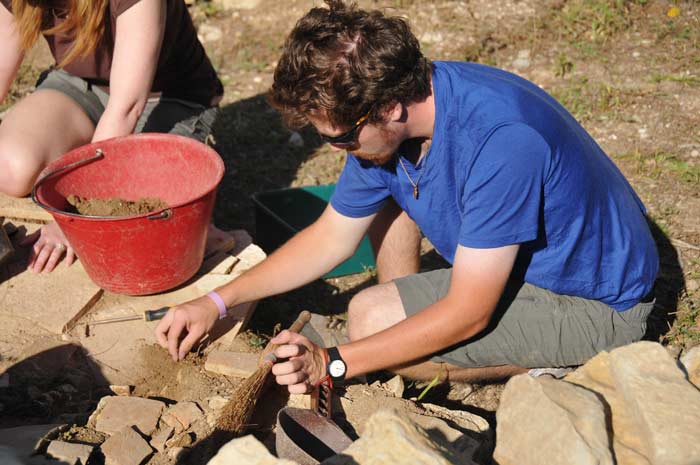 a laborious work which was carried out patiently, despite even stronger sunlight. 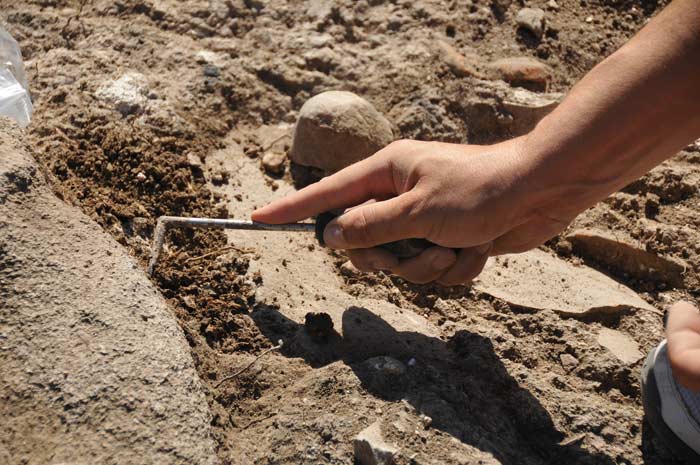 Finds like this trough will naturally not remain at the scene, but brought into the museum. 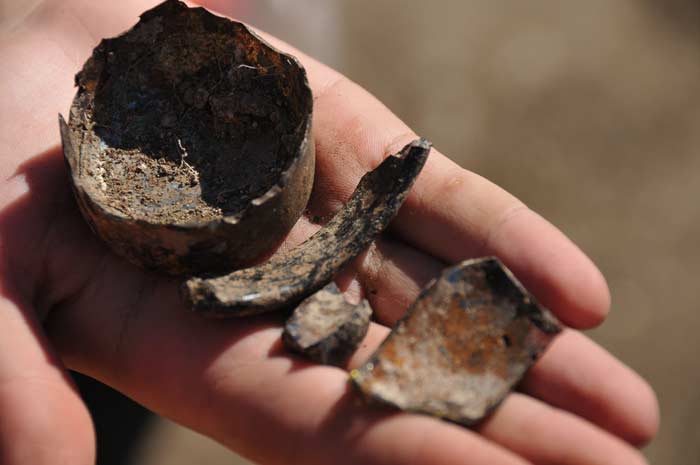 Already in the top outer layer, these remains as a bracelet, which was glazed multicolored and remains of a chalice were found within the shortest time. For sure presented full of pride by a young archaeologist.