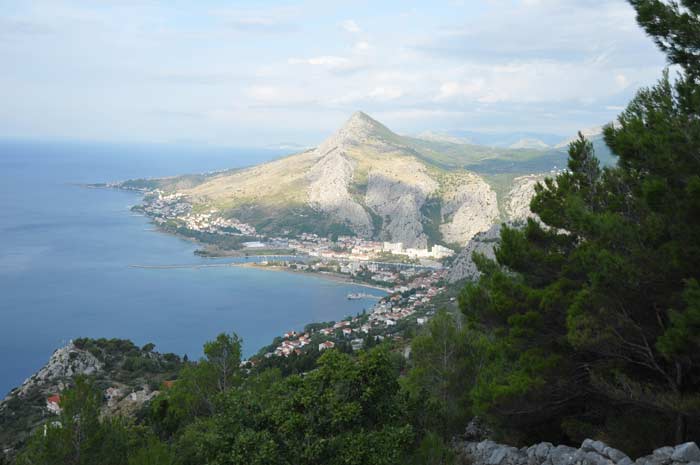 Our stay in the fortress of Omis had brought us together with Domagoj, who as a member of the organization "PD" IMBER OMIS - to protect the wildlife of our mountains", who at the Fortress Starigrad is responsible for security and care of the guests. 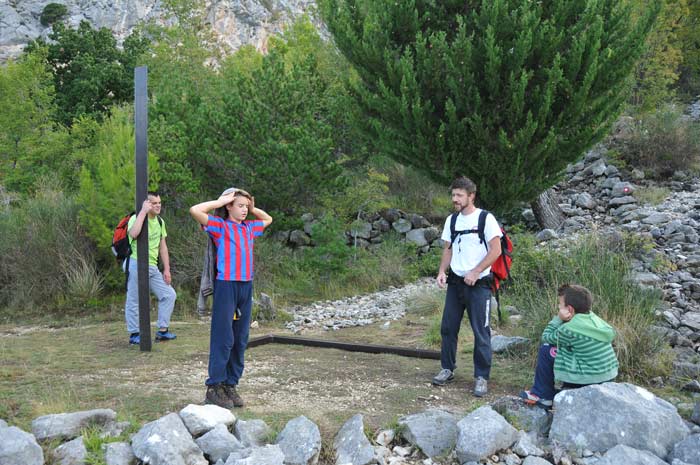 During the conversation Domagoj had invited us to join him and his group early Sunday morning up to Imber Height, an offer which we gladly accepted. 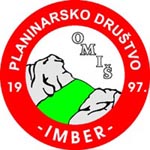 Our ascent should begin at 7:30 clock, we met in Omis before to gather for a coffee and to find out some details on the organization, who wanted to rebuild a country cottage next to the care of the trails. 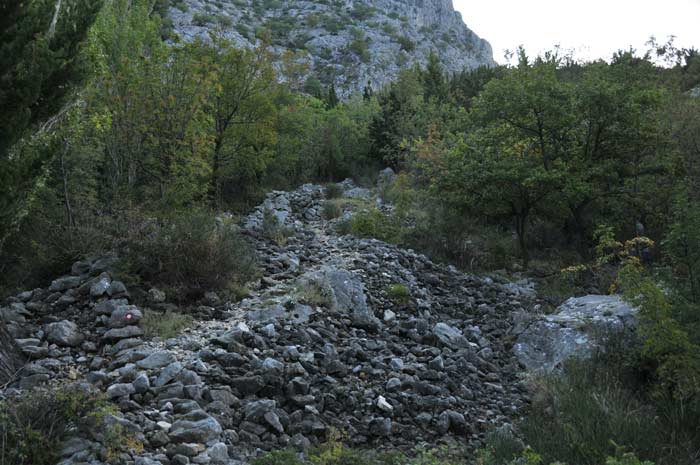 Packed with various materials we started from Omis right in time, first part using the car until the mountain road was ending. Meanwhile, other members of the organization PD "IMBER" OMIS had arrived, so that the material could be distributed, because the ascent led partially through loose stony path difficult to climb. 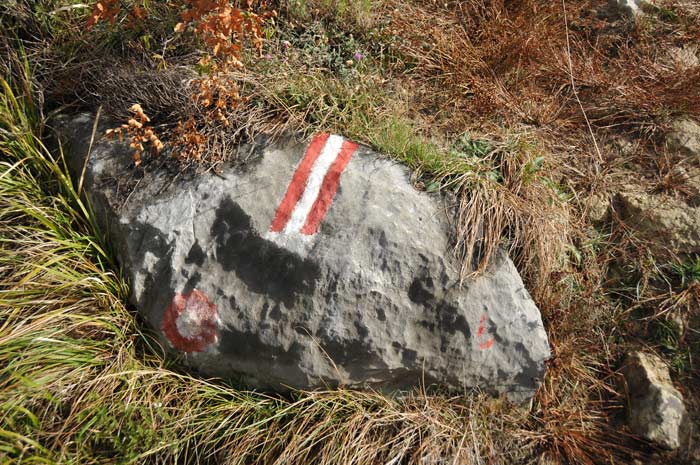 Again the paths up were marked excellent. 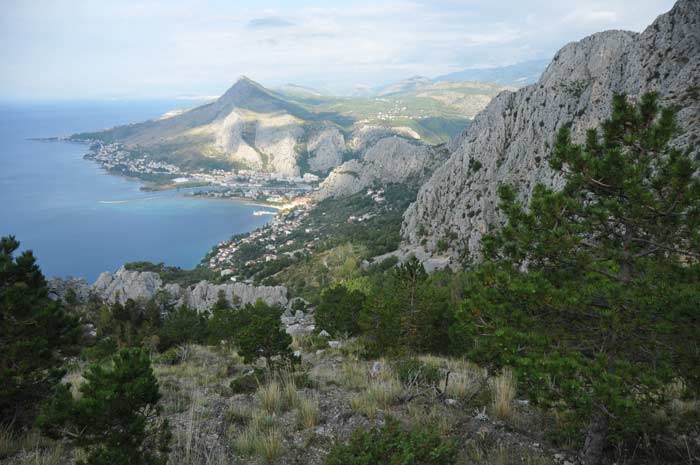 Now and then went a look back to Omis, which slowly reduced to model railway size. 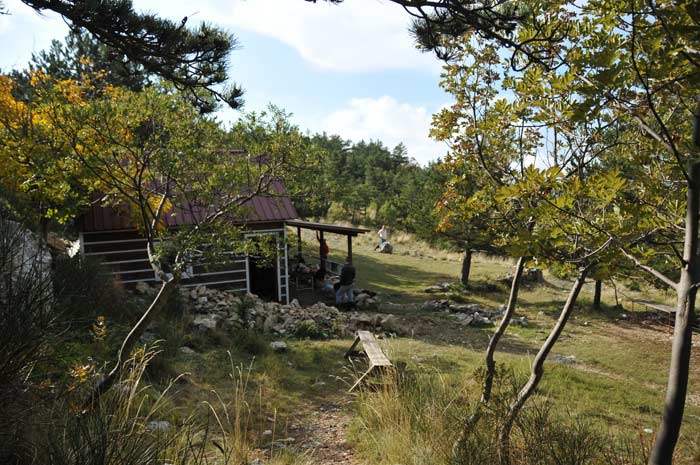 Then, after about 1 hour exhausting ascent, the cabin was achieved. Also a hearty breakfast was quickly set up on the benches and tables, of course, no lack up of homemade ham here as well. 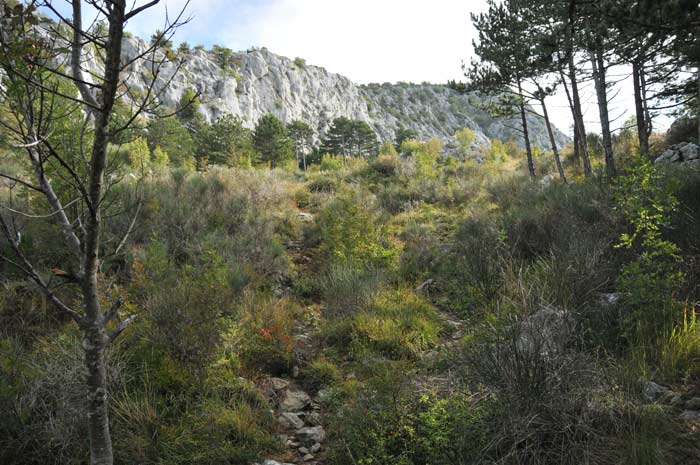 After breakfast we set out to explore the surroundings of the lodge, which took us a good deal closer to the summit of Imber. 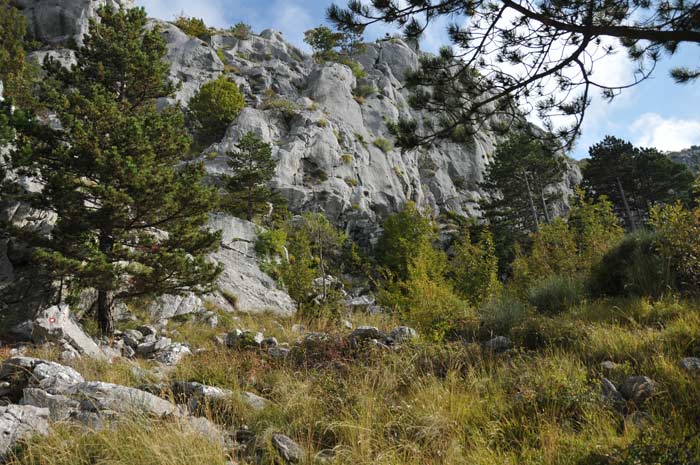 This powerful rock face seemed to end the rise, but then we found well-marked route for the progress here as well. 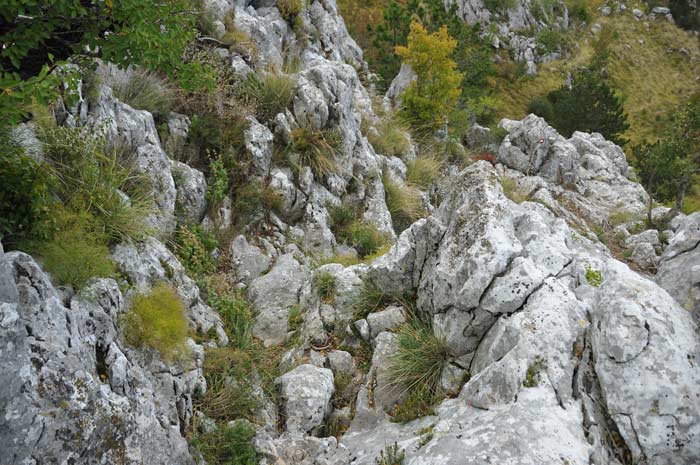 Steep uphill it went on now. The path was excellent marked, thanks to the laudable work of the organization. 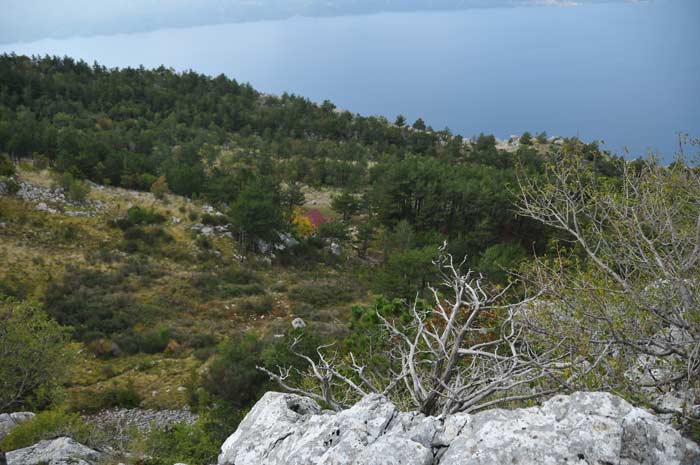 Deep beneath us was the mountain hut now ,in the trees barely visible. 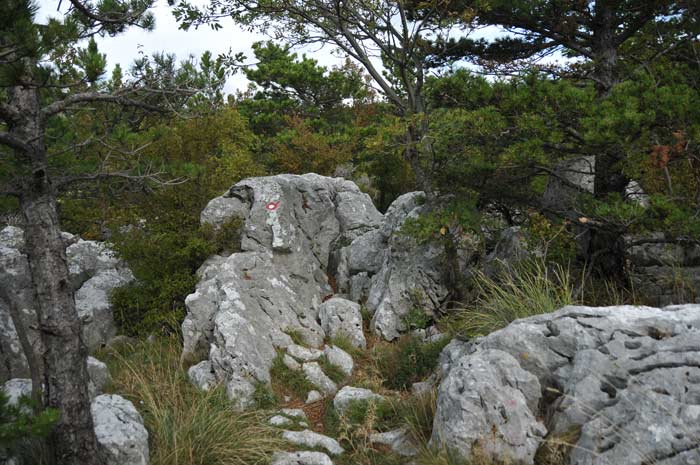 Now it went through rugged rocks that partially erected itself as barricades, through dense high forest, where ...... 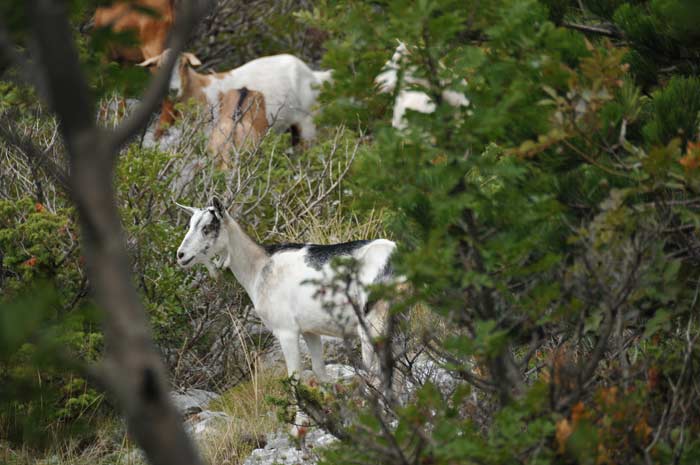 we came across a large flock of goats, which then .... 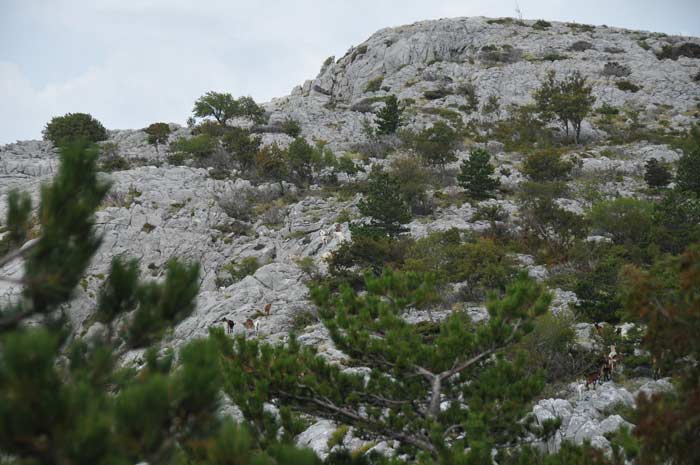 also moved on towards the summit. 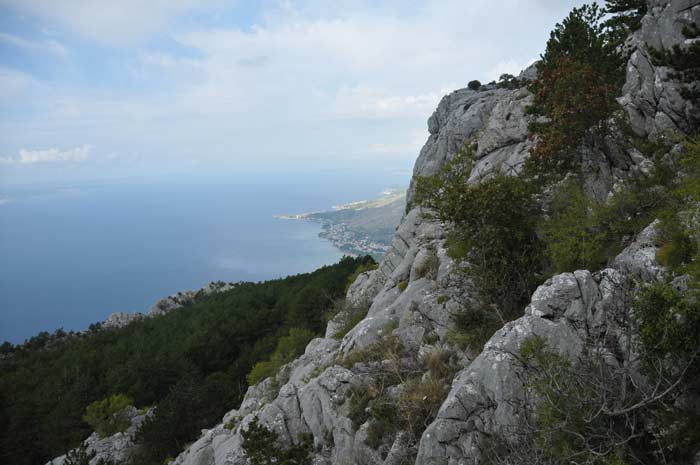 Despite not quite as good weather this morning, the views of the coast this time was sufficient compensation for the effort of the ascent. 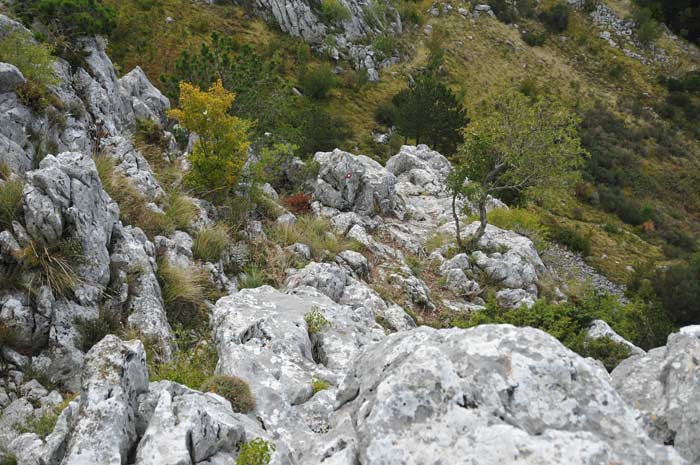 There were other appointments at the present day, however, we made ourselves a little bit later on the way back.

Exploring for Sveti Jure on 1.762 Meters