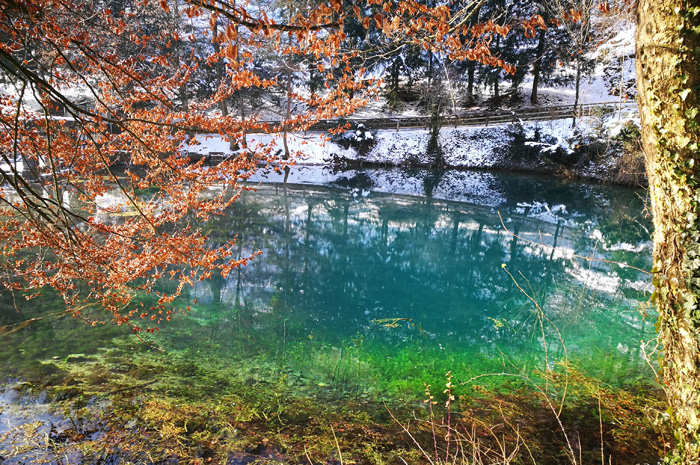 After the completion of the CMT Stuttgart, Gül had invited us to Munich for a "rest from the fair", which was urgently necessary, before heading for Vienna. 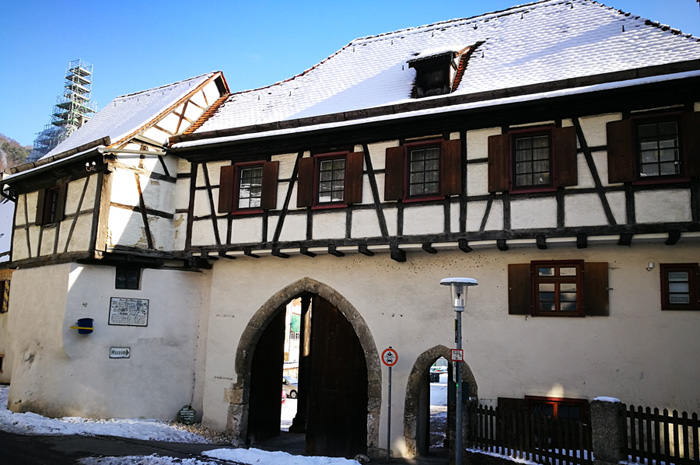 Sometimes you just follow your thoughts. So it came up into my mind, that we are very close to Blaubeuren and its well-known spring, that had left such a "deep" impression at my young age, leaving a lovely memory in my mind.
Just a short decision to change the navigation and we left the highway, despite great cold, because the minus temperatures were far below the temperatures, which we are accustomed too. 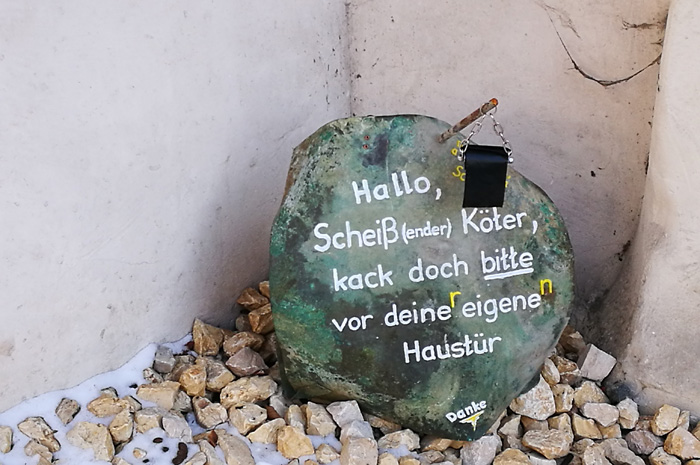 The Blautopf is a karst source, which means that here water reappears to the surface, which has percolated in a larger area. This karst area has only one underground water drain, there are no surface waters. 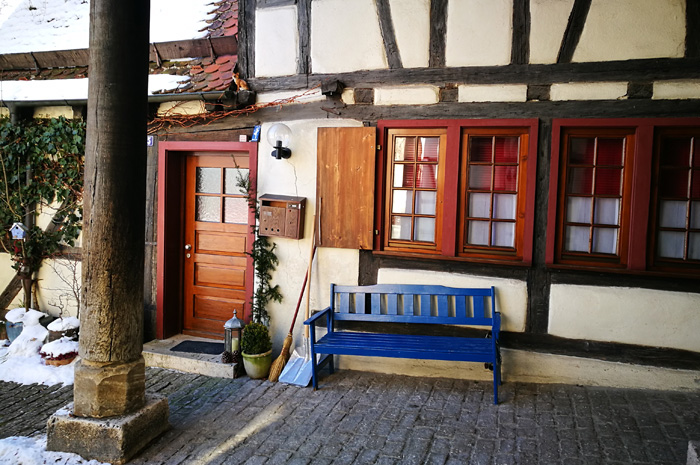 The water has created a large cave system over thousands of years. A part of the Blautopf system caves were researched by Jochen Hasenmayer until the mid-1980s. 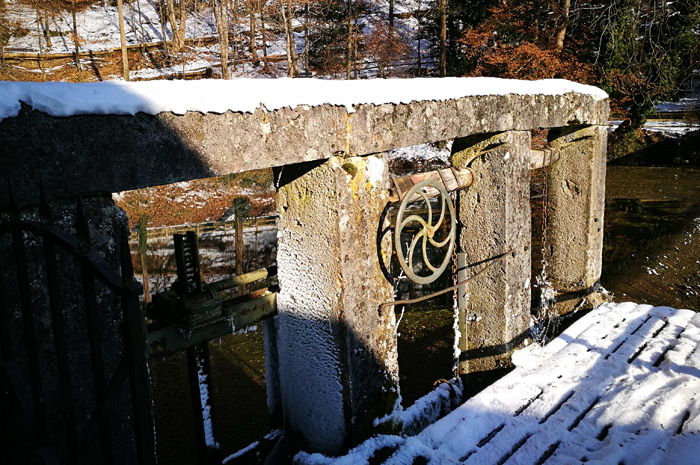 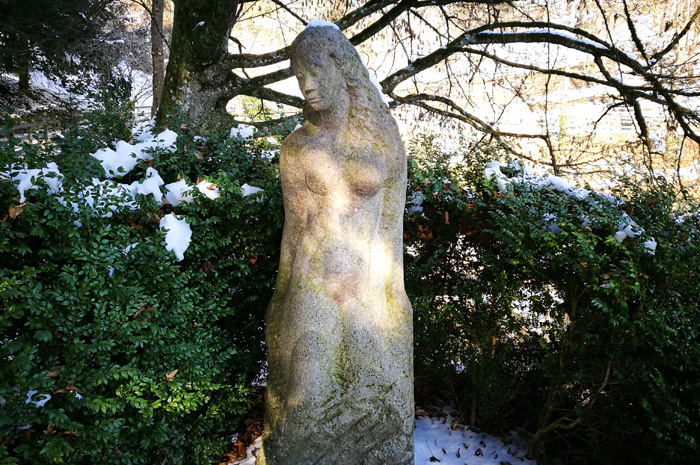 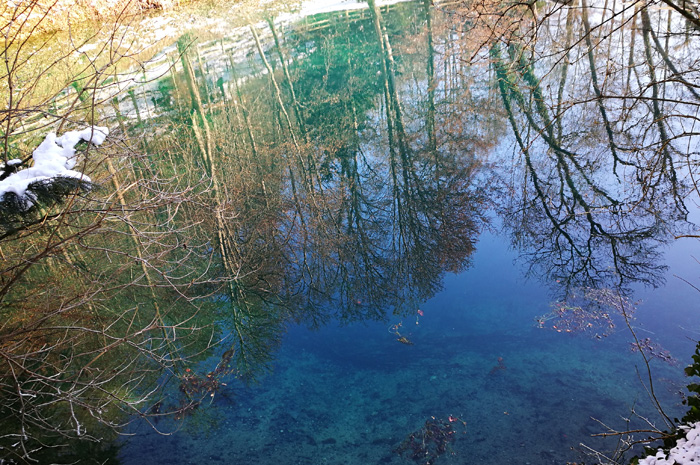 In April 2010, with a 17 meter deep hole was drilled into the Blautopf cave system as an entry directly next to Federal Highway 28, which is just open for cave explorers for the first time. 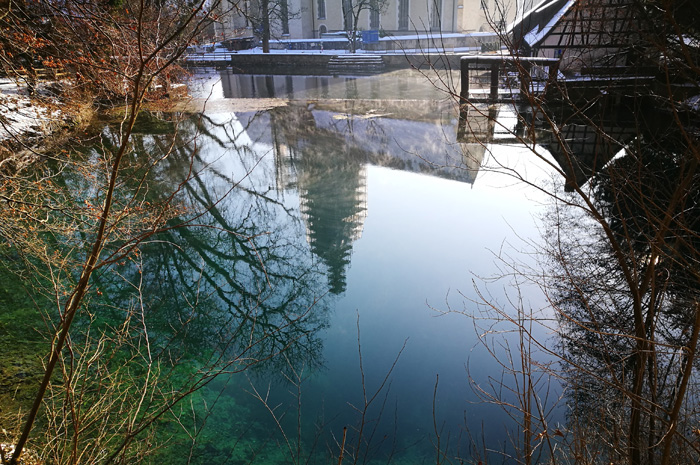 We enjoyed the short stopover, despite the really biting coldness, even because the surrounding shows some interesting, medieval buildings. 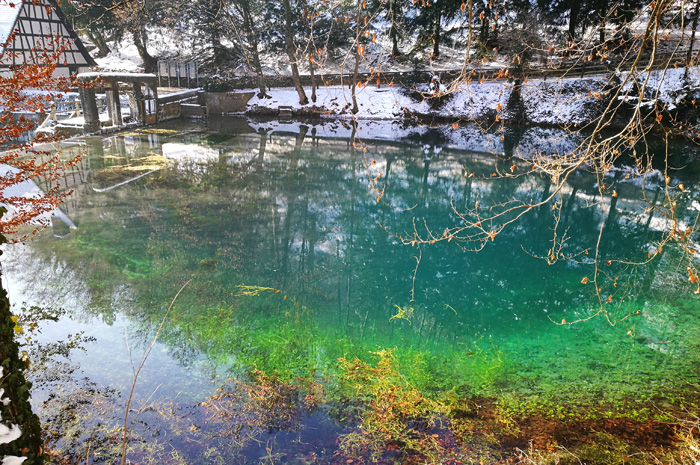 Absolutely fascinating however, the color play of the water with its deep blue, which was probably co-decisive for the naming. A visit, even in the deepest winter, is really impressive. We were once more fascinated. 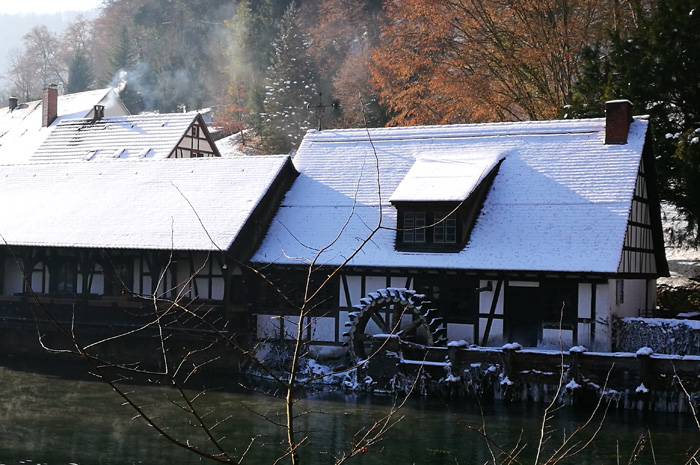 Albania is partner country of this year CMT Fair Stuttgart