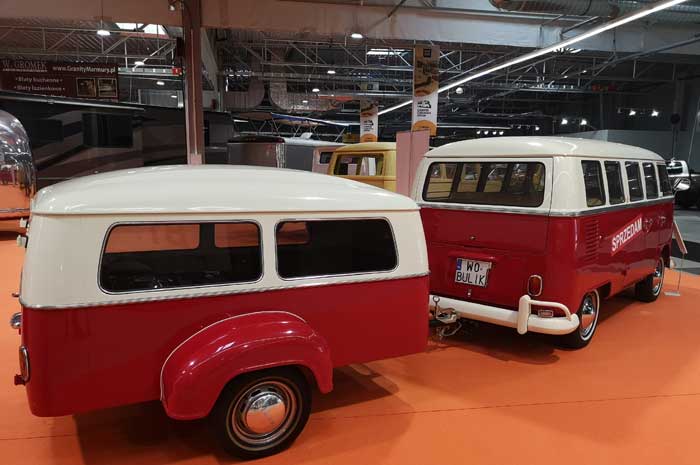 Old- and Young-timer are probably everywhere an eye-catcher in the world, so of course in the field of camping and leisure industry, even often still had to improvise because of lack of material and money on their expansion. 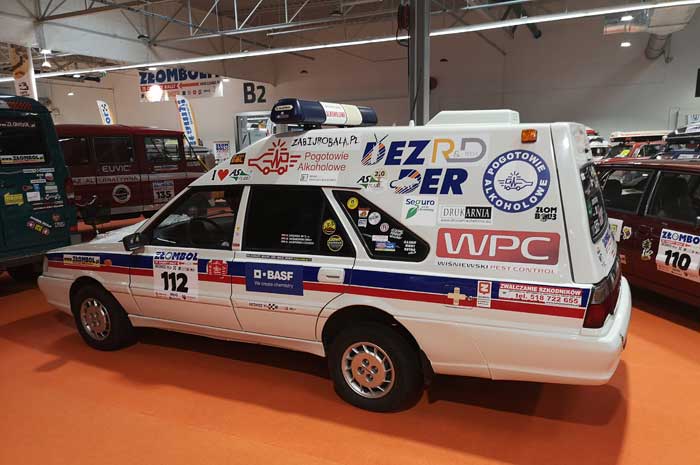 We had the opportunity during this year's Camper Caravan Show in Warsaw, which runs since 18.09.2019 in the relatively new exhibition halls of the PTAK WARSAW EXPO, to consider a wide range of interesting conversions and extensions of such vehicles in addition to other rarities of the automotive industry. 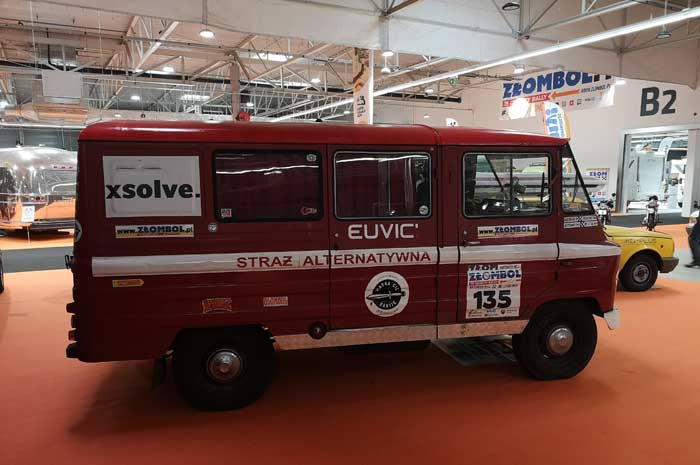 It became even more interesting, however, as we deepened in conversations with the stand stuff, could first get some details about the vehicles on display, and their history was not neglected. 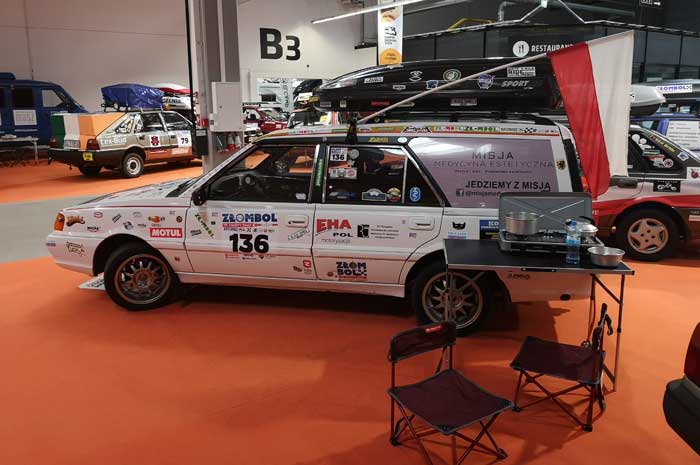 Our further inquiries regarding the modern advertising banners on the "old" vehicles then led to another surprise: All shown, privately owned vehicles are provided for charitable purposes with modern company banners. 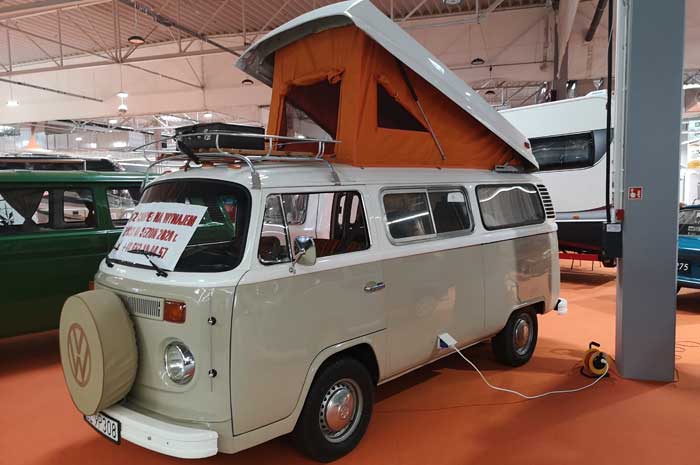 Who now thinks of pure advertising and marketing effects in the Western sense, could be disappointed? 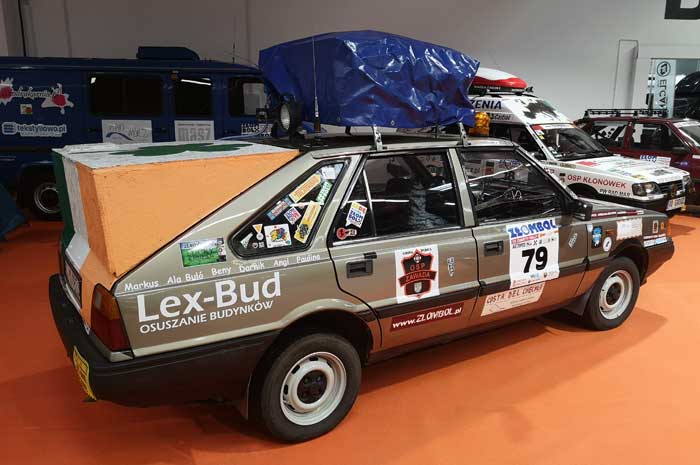 About the background: A Polish charity named ZLOMBOL has set itself the task of placing advertisements on Oldtimers in the form of banners, for which donated money by the companies shown for charitable purposes is being collected. 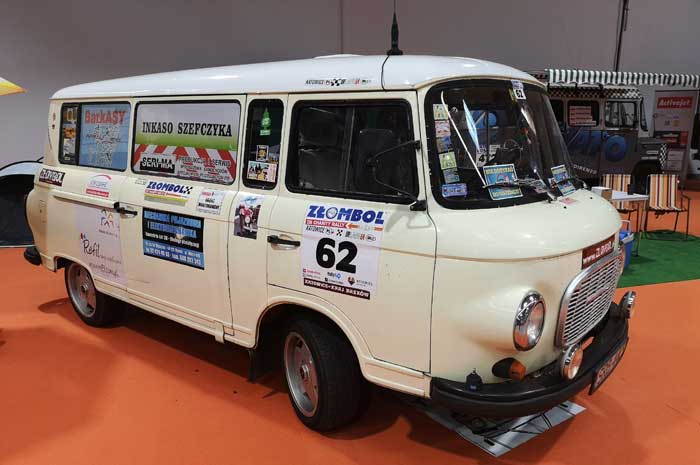 In particular, the donations go to orphanages for children and adolescents throughout Poland, so in the last year alone, more than 1 million zloty could be collected and distributed to needy houses. Totally disinterested by own ideas collected by ZLOMBOL. 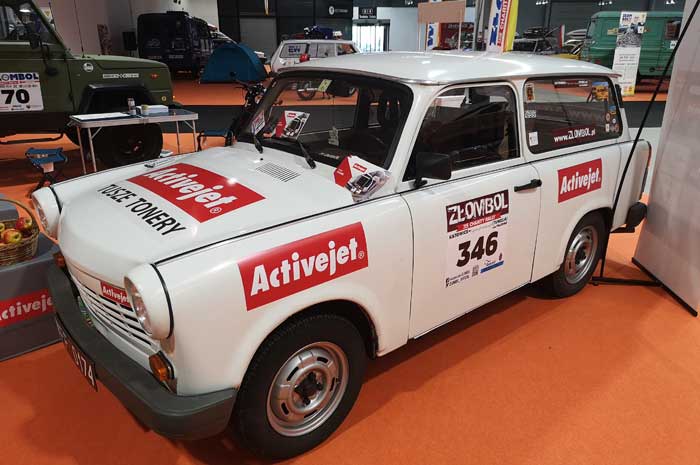 The vehicles are also provided by the owners free of charge for various events, a large part of the vehicle owners are also a member of ZLOMBOL. 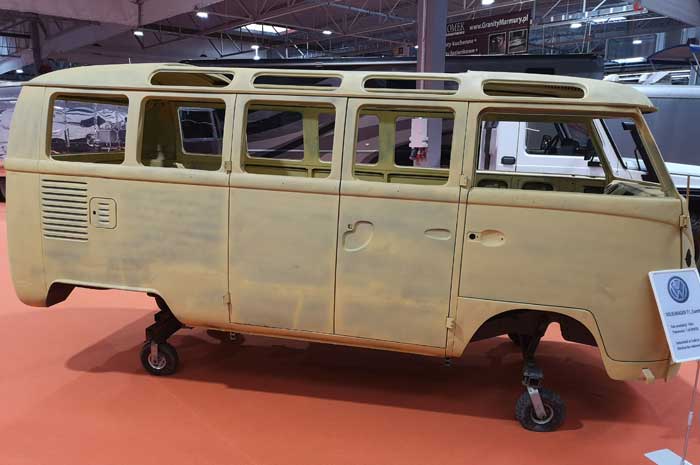 In the coming year, there will be a big meeting and race of these vintage cars in Katowice in the summer, the proceeds of which will also go to the orphanages in Poland. Here, of course, sponsors are still needed. 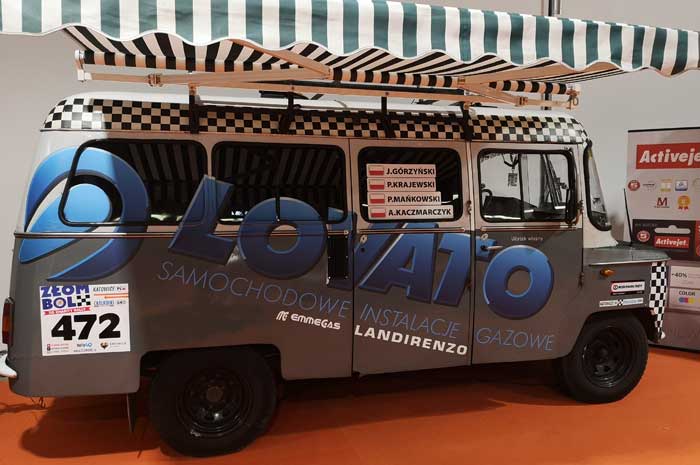 The vehicles are presented throughout the year at various events, such as now at the Camper Caravan Show in Warsaw. 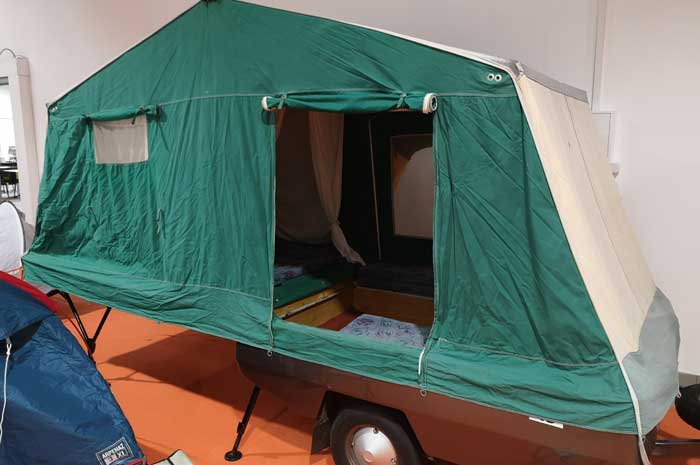