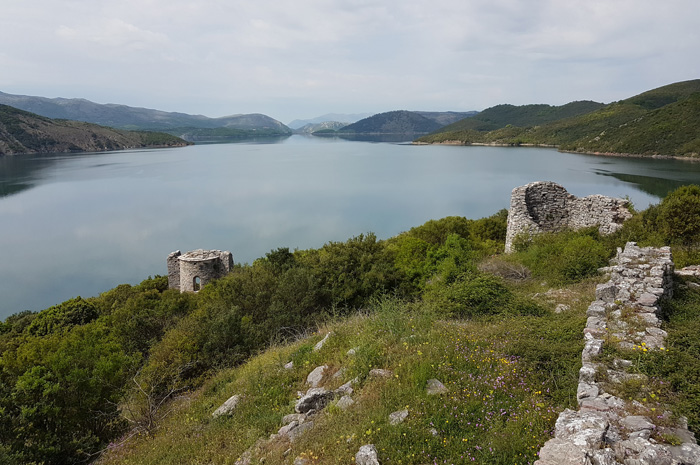 Our tour concept included a boat trip on the Shkoder lake for the following day, when Linda from the Legjenda camping site surprised us with an interesting offer: a boat trip to the Shurda island in the Vau i Dejes Reservoir, which we have done last year by a tiny fishing boat. 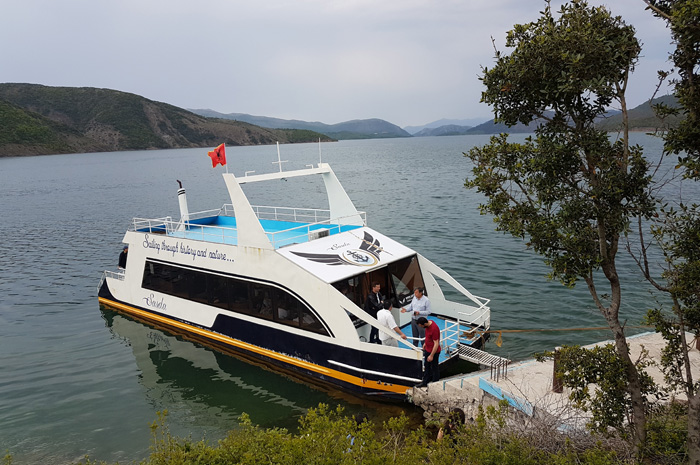 On the outskirts of today's island lay the Illyrian settlement Sarda, later Byzantine churches community was established, whose ruins are now a tourist attraction, especially among young Albanians. 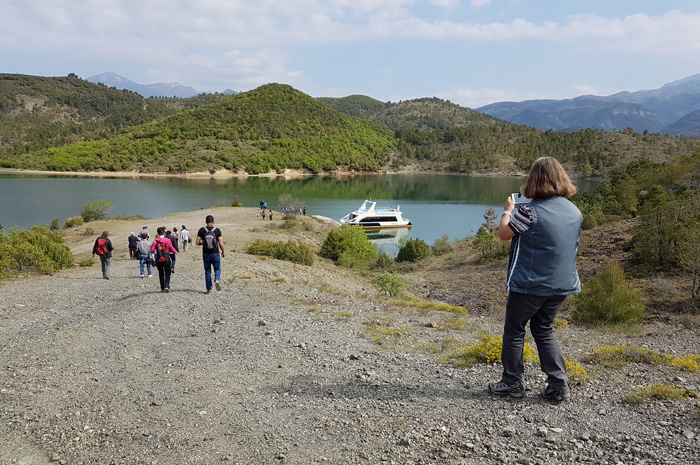 Thus, the travel group consisted of many students and us, the participants of the part wise guided Campertour through Albania, Macedonia and Greece. By bus, we went up to the huge water reservoir until the road became impossible to use anymore: a short walk to the boat followed! 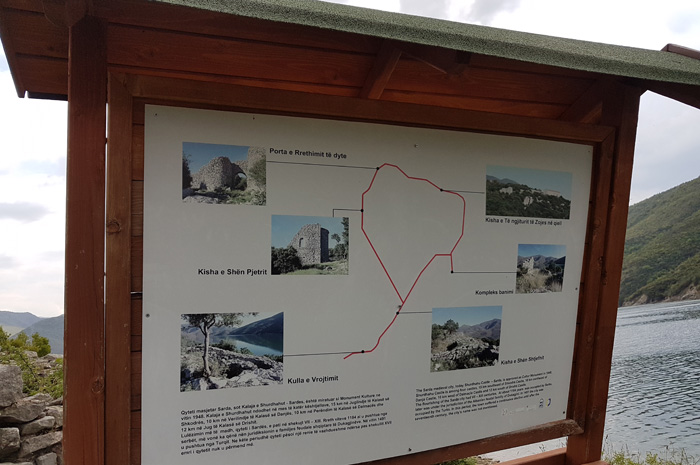 After a few minutes of embarkation and 20 minute boat trip, Shurdah Island was reached, which beside the ruins again and again gave a new angle of different views to the indescribably beautiful, densely vegetated natural landscape, where numerous turtles and lizards moved. 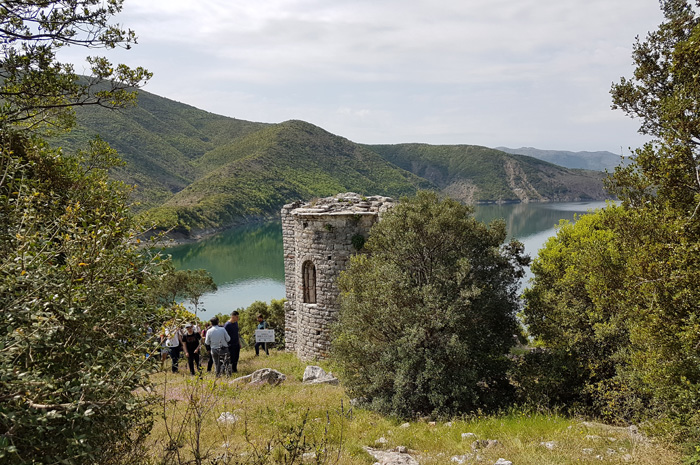 A local tour guide explained to the students and us the once importance of the architectural ruins on the island. We were once again fascinated by the animal world, the landscape and the surrounding area,...... 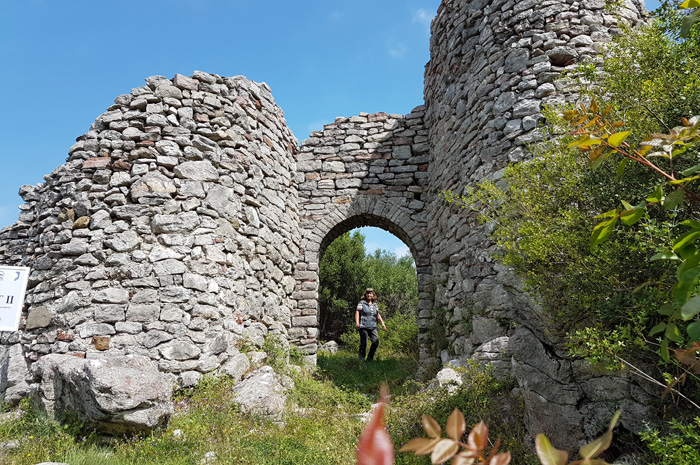 ...... so we continued our exploration through the former city gate. 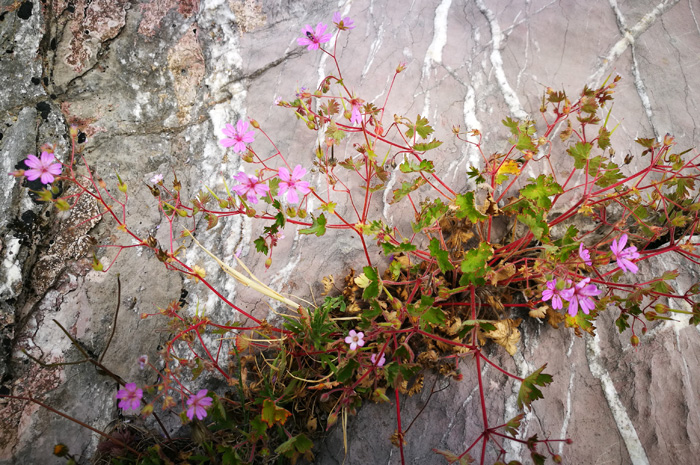 Splendor everywhere, even in the fissures! 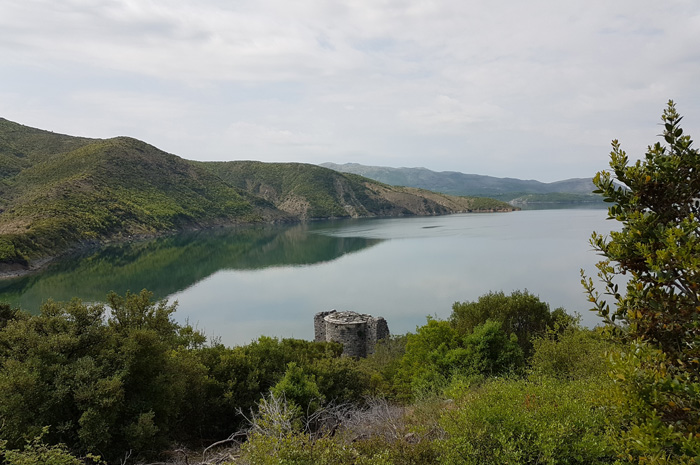 And again and again the view of the lake, the surface of which partially reflected passing of the clouds without any disturbance. 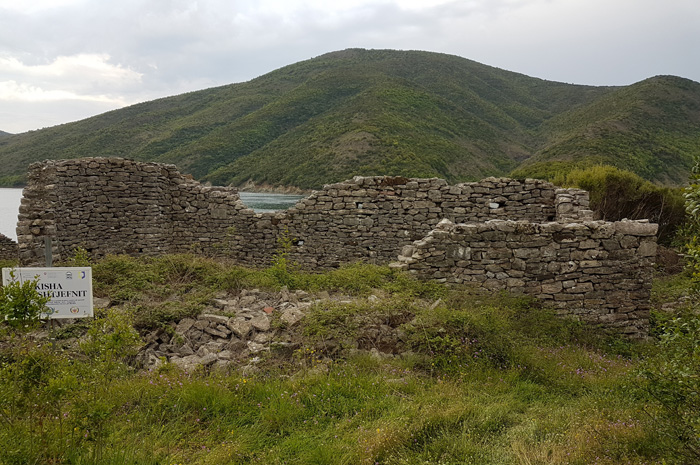 With the aid of the explanatory signs, the functions and names of the ruins of the churches buildings were relatively easy to understand. 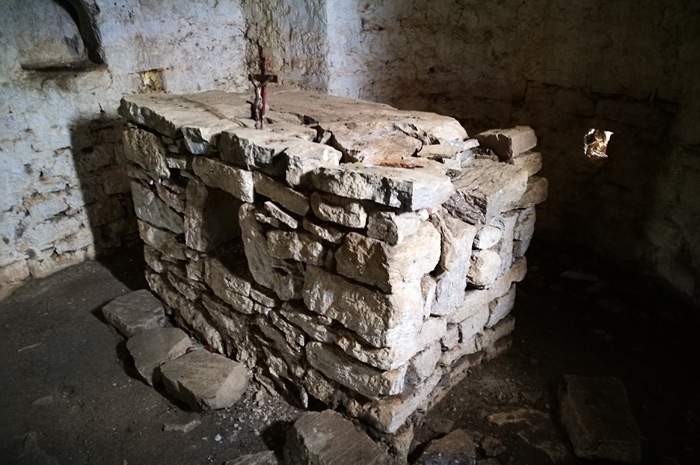 In this particularly well-preserved church building there are still church processions, an altar of simple stones stacked on top of each other with a small crucifix. 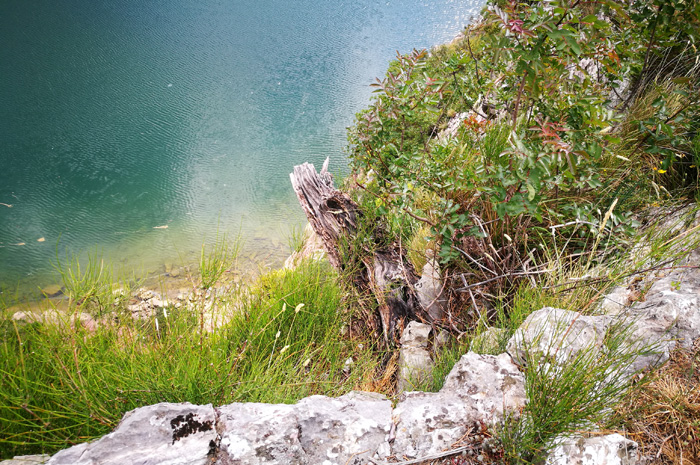 A steep cliff formed the end of the island high above the lake ..... 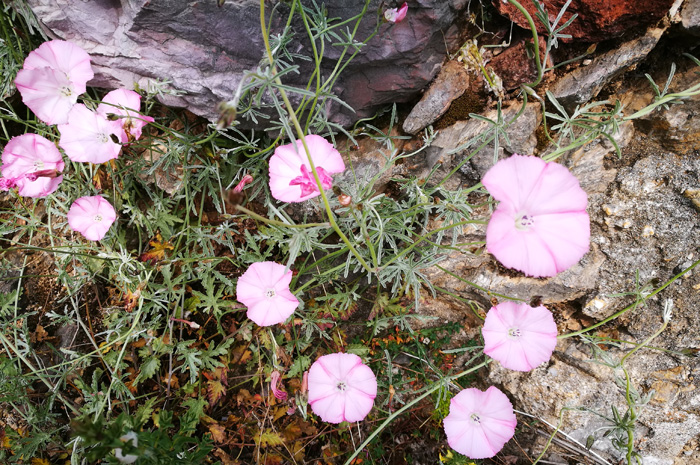 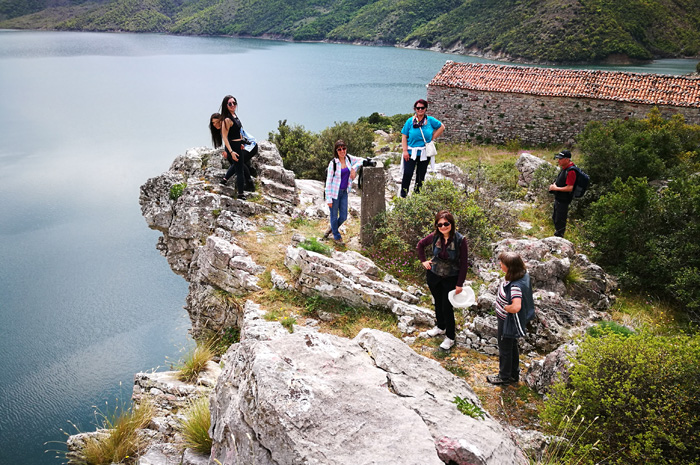 Perhaps this image allows an assessment of the actual height of the cliffs of 38 meters above the water level, also of the partial risk of loose rock material of the rocky overhang. Caution was advised. A little later, we continued our tour through the canyon-shaped ravine of the reservoir, the report will follow.

Shurdah Island - once the site of the Illyrian settlement Sarda