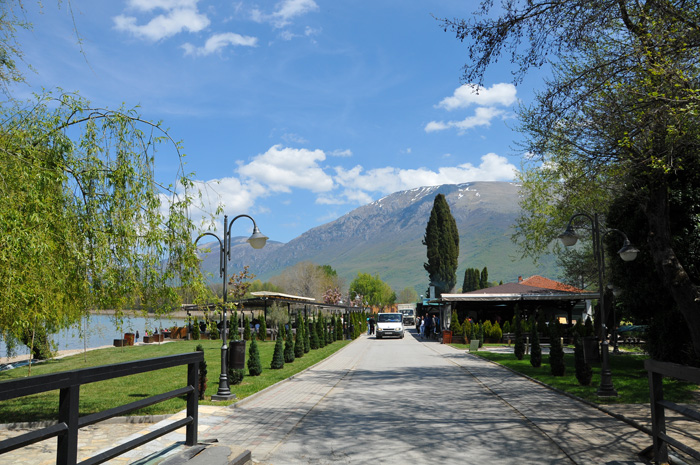 The Ohrid Lake is rightly considered to be one of the last natural refuges of the Balkans, so it is certainly understandable that it is also one of the destinations of our camper-cultural journey. 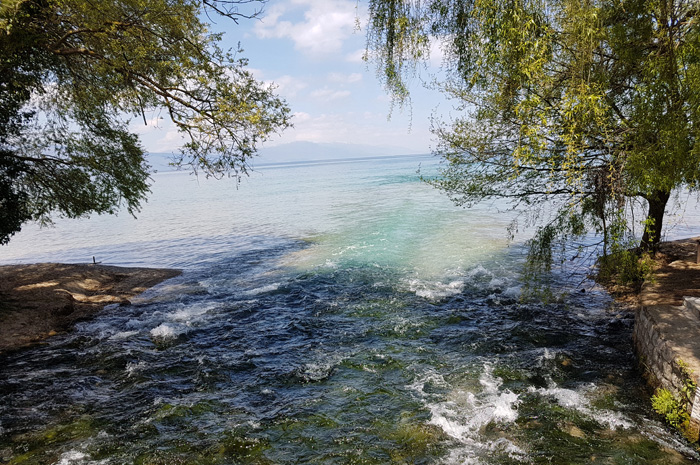 In a park-like landscape, a walk leads to the monastery complex of Sveti Naum, probably the most famous monastery on Lake Ohrid. 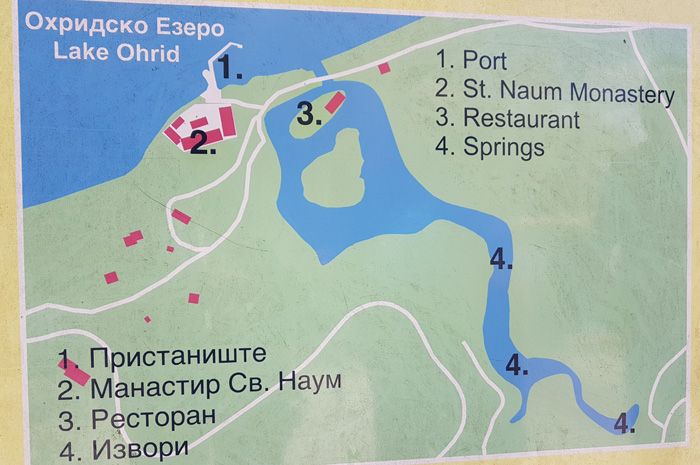 On the map, the monastery can be seen clearly under the number 2, but at least equally interesting are the underground springs, which here dine at Ohrid Lake. 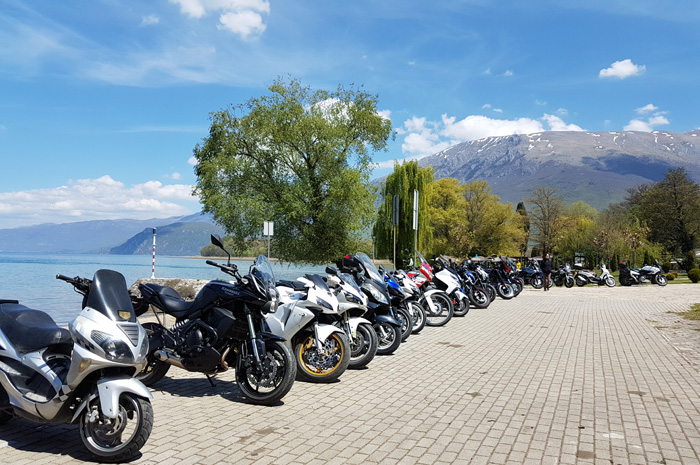 A motorcycling club also chose the Sveti Naum monastery as a destination for their trip, especially because the journey along the lake shore with its serpentines is a dream for every motorcyclist. 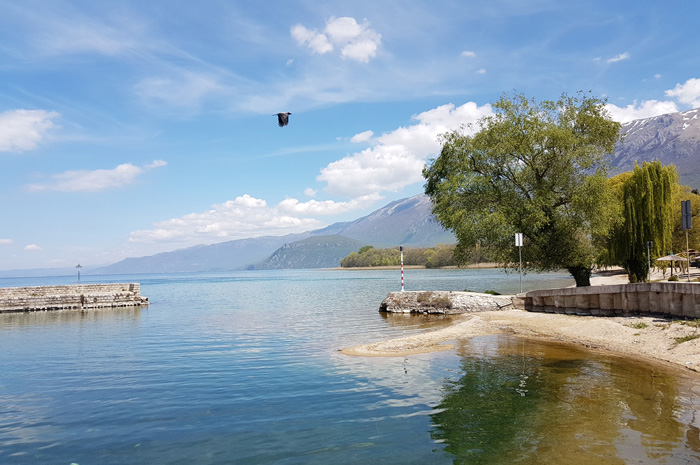 The small harbor at the monastery complex, where the excursion steamers from Ohrid stop. 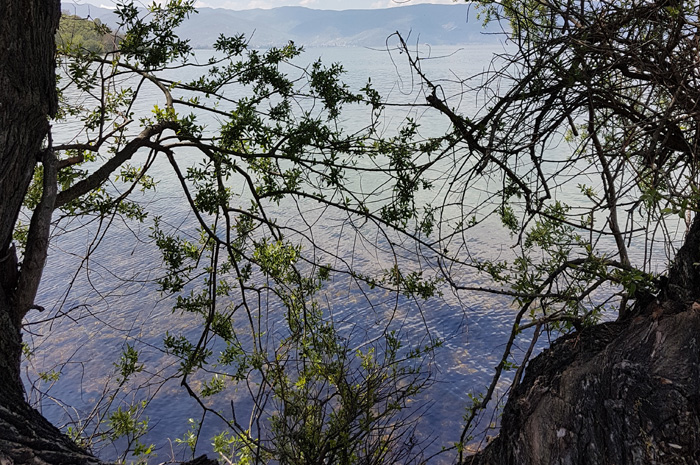 View of the lake, in the background the Albanian shore of Lake Ohrid. 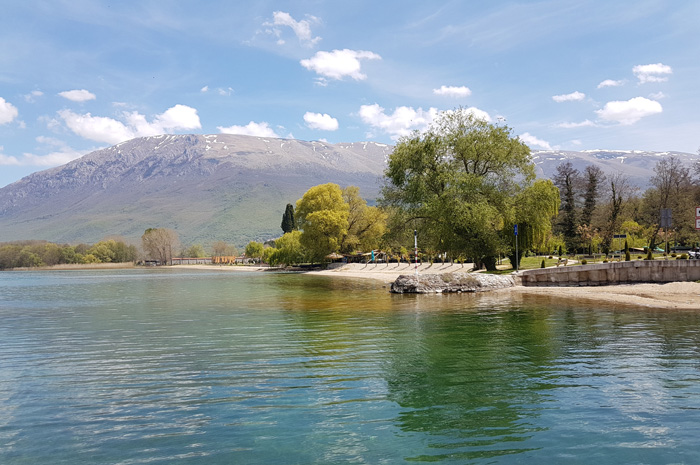 View of the Magaro in the background, which is still partially covered in snow even in May, the planned summit excursion could accordingly not take place. 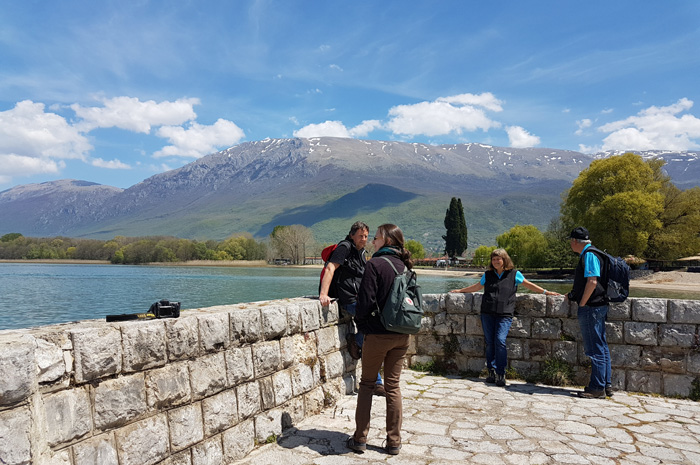 Here we also met a backpacker, who was traveling alone by bus. 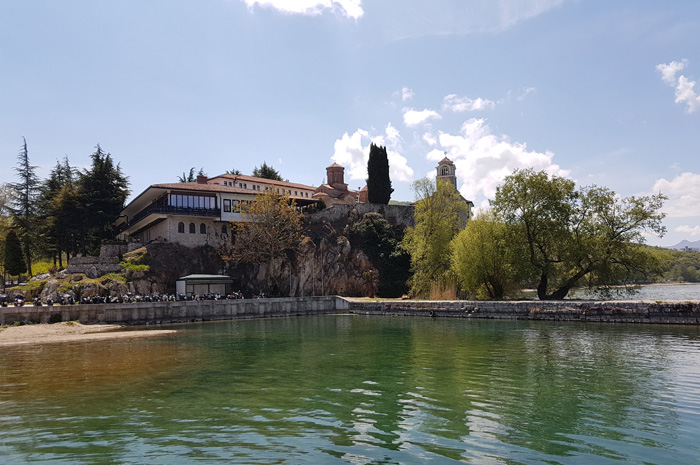 Opposite the port basin, the impressive Sveti Naum Monastery, made up of ancient buildings and new buildings. 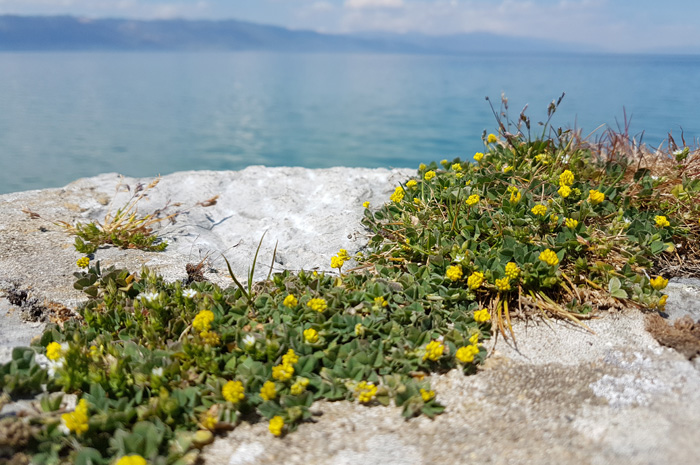 In the harbor, these flowering plants have found their habitat despite the rocky background. 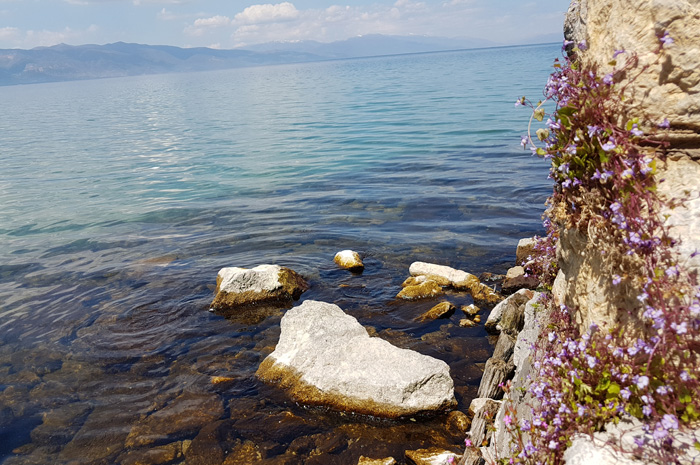 The same applies to these flowers, which have chosen a column in the quayside to reside. 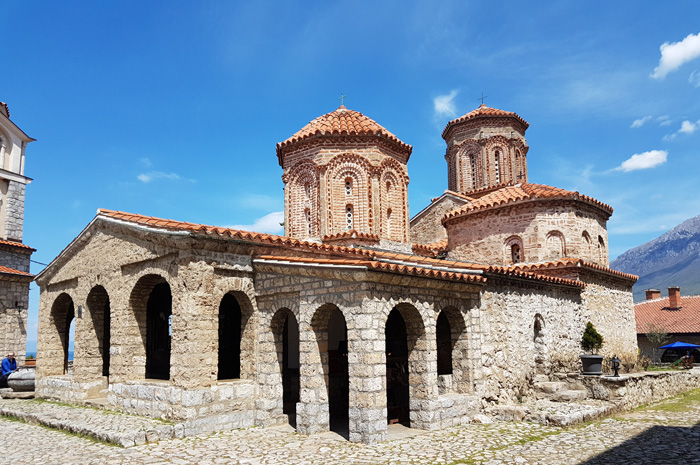 Here the view of the ancient part of the monastery in the courtyard. 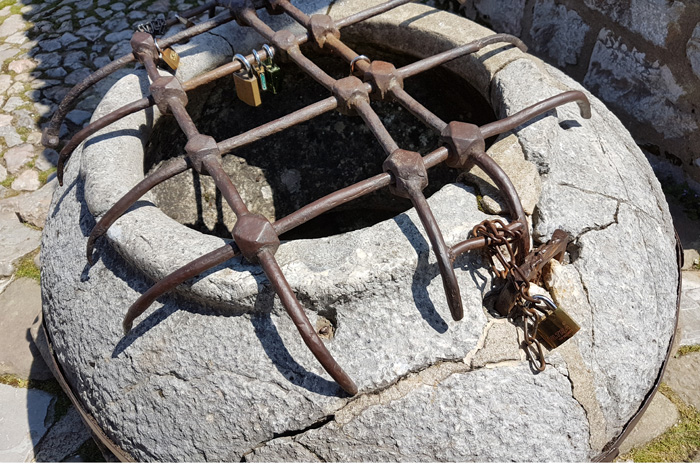 Below this stone there is the fountain of the monastery, which probably also uses the bubbling spring water from Lake Prespa. 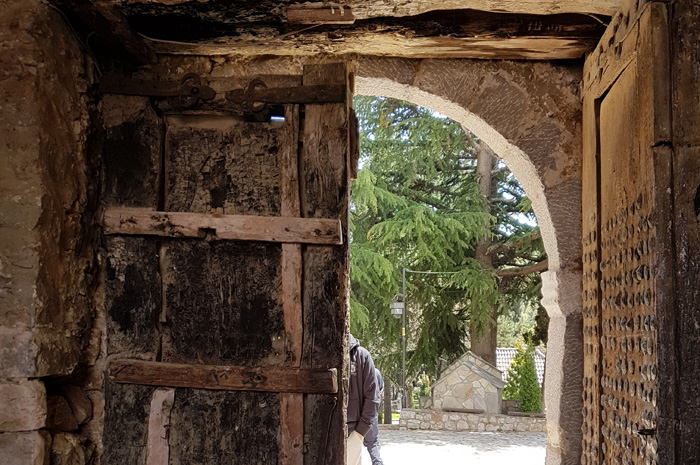 The mighty wooden puddle is also ancient, but we do not know the exact details.