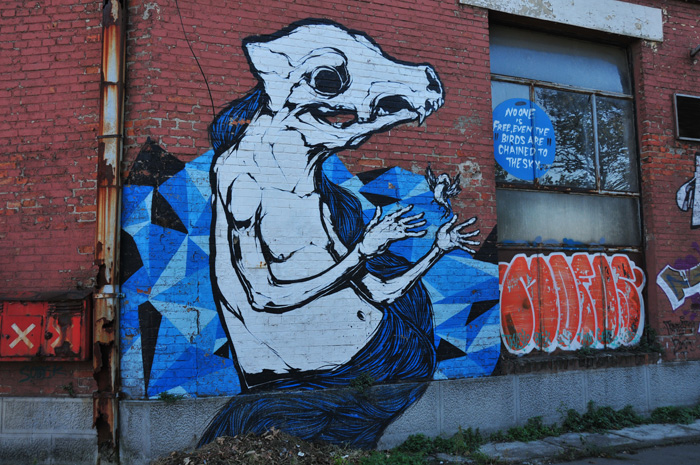 The extensive castle discovery tour had made us hungry, which brought us down to the Sava, which flows into the Danube below the Castle of Belgrade and whose banks are lined with numerous swimming restaurants. 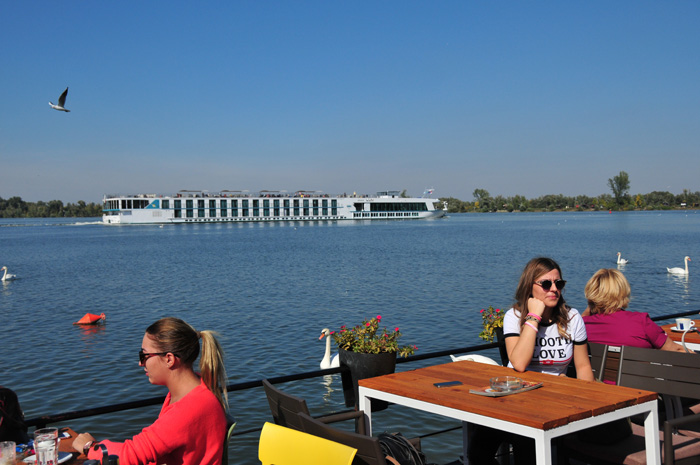 The agony of the choice had finally led us to this restaurant on a vessel, whose outside terrace allowed a magnificent view of the Sava and Danube, to be added positively had to be the really delicious and great-prepared food and drinks. 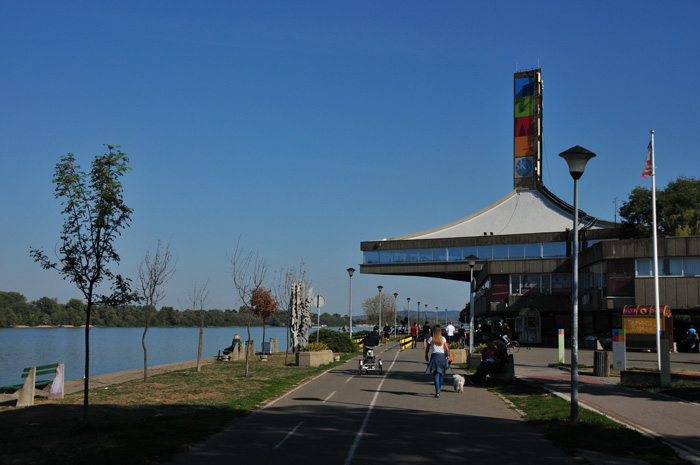 Our path then led, following the banks of the Danube, towards the Camping Center Belgrade, past numerous restaurants, playgrounds and other recreation possibilities, cycling path and footpath - the Danube Bikers Route through Belgrade, .... 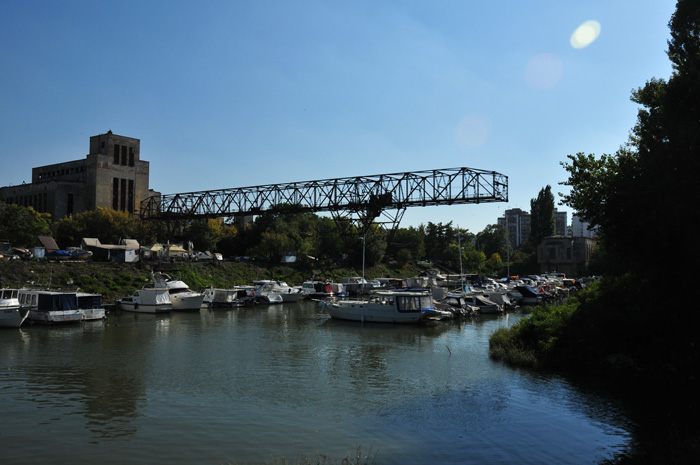 .... until the way stopped us due to the old trading port. Today yacht and boat harbor for private local persons, the old industrial facilities on the opposite bank are still clearly visible. 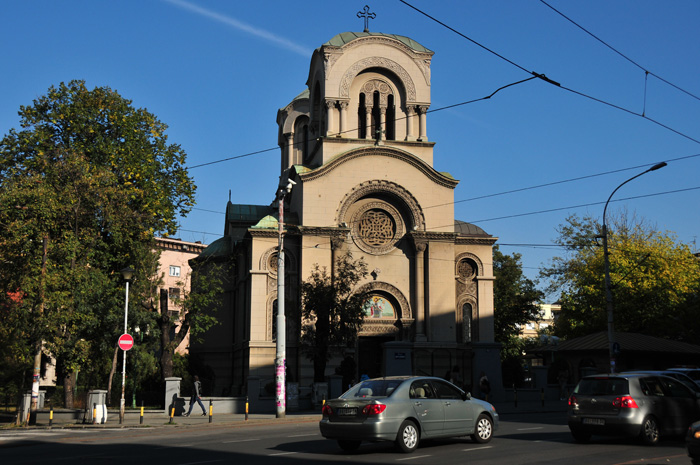 We now followed the recommendations of the nice voice of our google maps, which led us through the residential areas to the main road towards the campsite center. 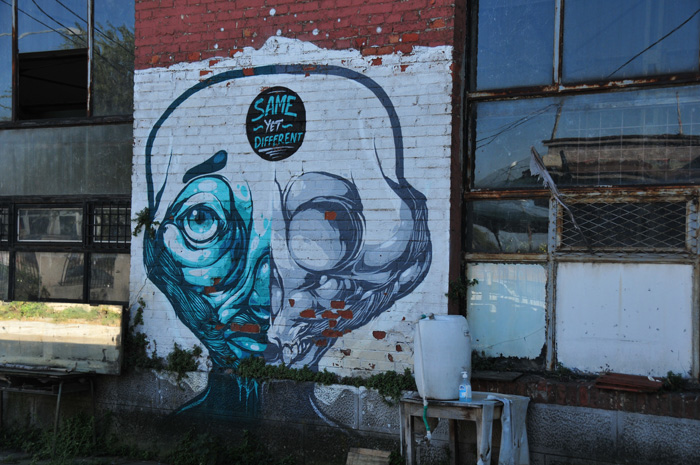 Now some abandoned industrial buildings aroused our interest, which were provided with many graffiti paintings. 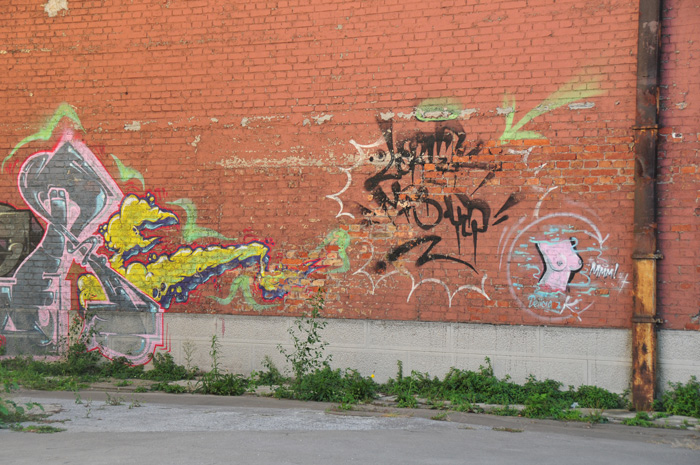 Street art is also widespread in Belgrade, but the motifs are very similar to those of other cities. 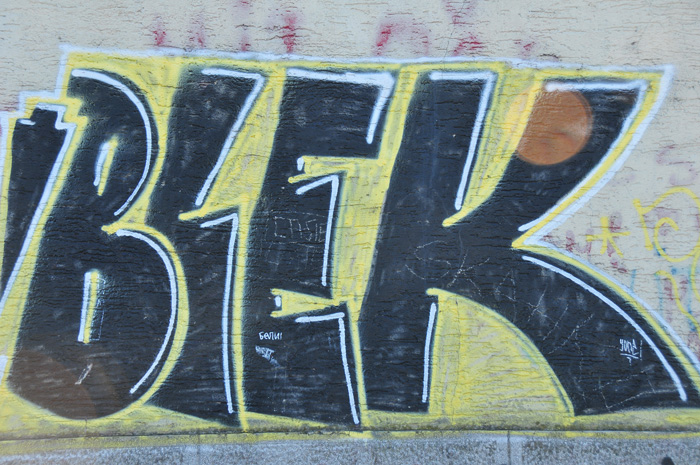 And as always, the same thoughts that we have tried so often to describe come back: Is that art? 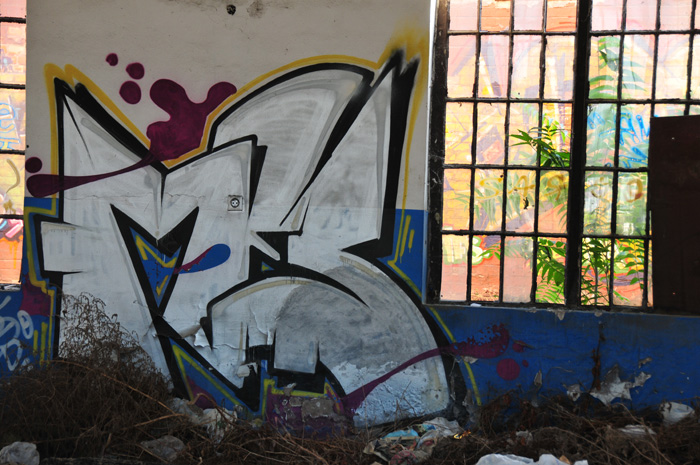 Or can that be gone? 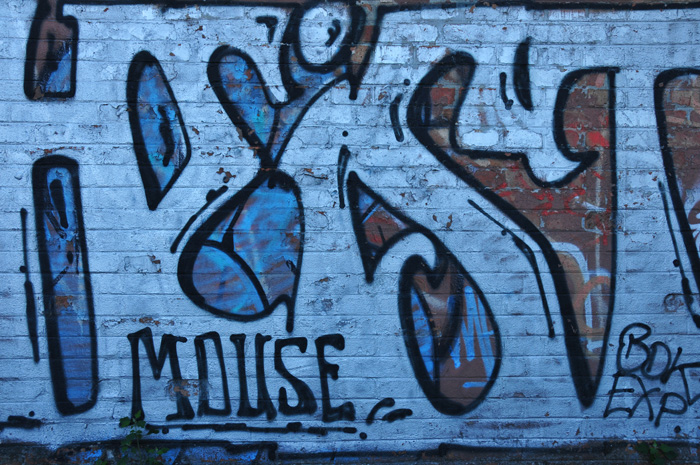 The final assessment for everyone is to decide for him- or herself. At least the spray works partly adorn the old masonry and make the structural industrialists somewhat more bearable, because the view is distracted from the rubbish and dirt. 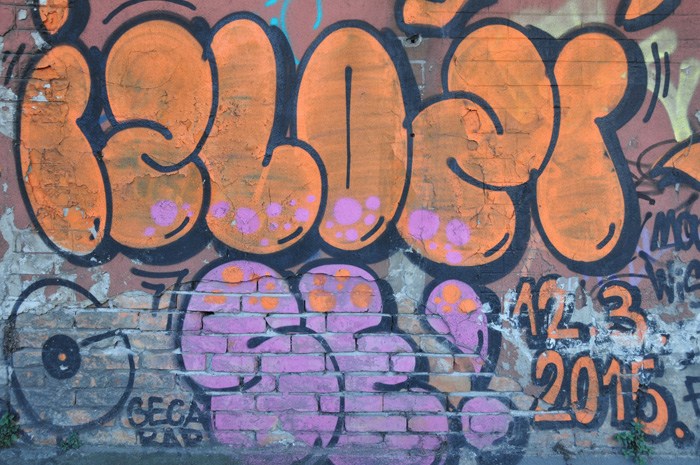 At least this effect has been achieved by street artists. 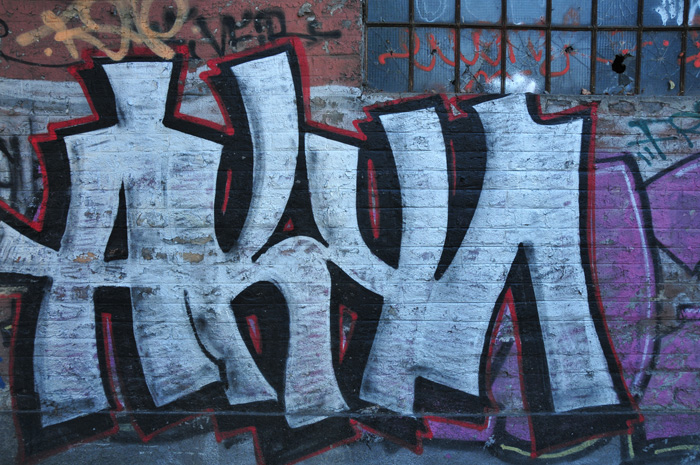 But judge for yourself. 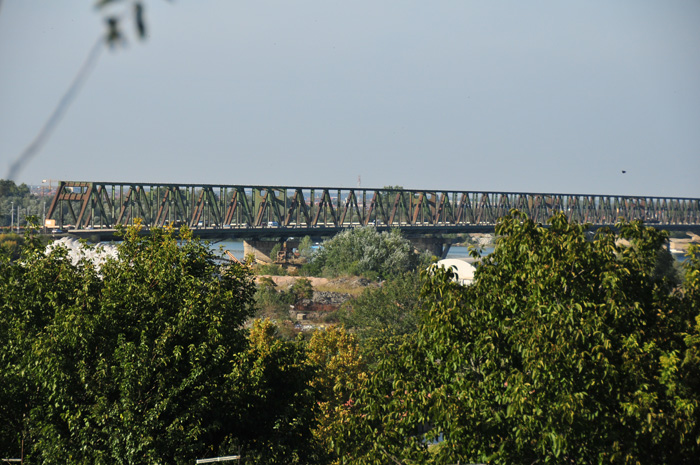 We got closer and closer to the Camping Center Belgrade, from the castle, following the Danube to the campsite, we walked back about 5.3 kilometers. In the picture here the Pančevo bridge, a combined railway and road bridge. It is the only bridge in the city that crosses the Danube. It is named after the town of Pančevo in Vojvodina, which can be reached via the bridge.