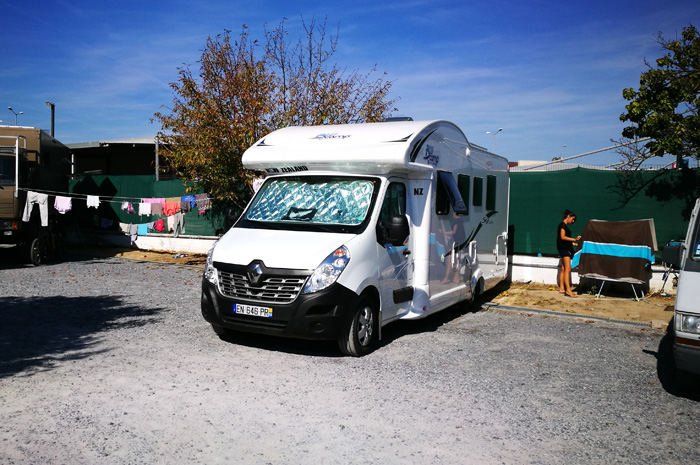 Once again the camper-stop Zampetas in Thessalonica was a meeting place for us like for lot of international campers, who use the all-year round open camper-stop for an intermediate stop, even the ideas for their stay correspond to the different interests. 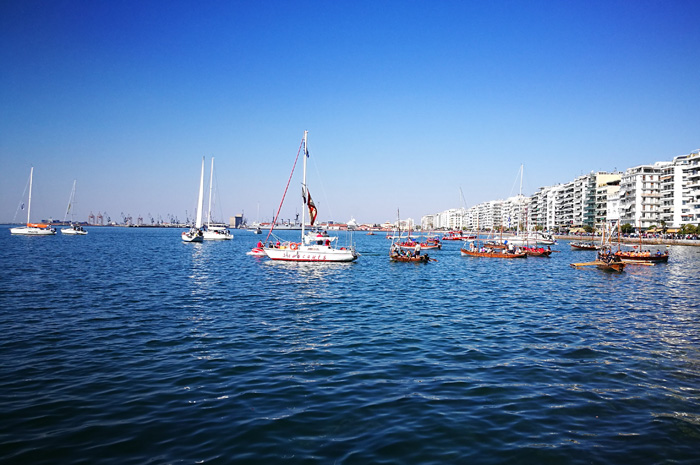 Some people just come for emptying of the waste water and doing their laundry (which is at least a little discussable in regard to the costs for the owner), the others are quite interested in an extensive city survey and, of course, in the shop of Zampetas offering necessary camping accessories or the one or the other needs to do some repair. 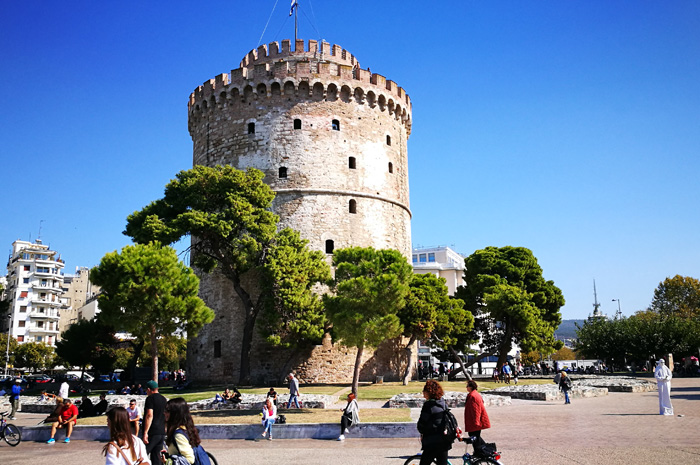 However, the Camper Stop Zampetas always offers the possibility to get to know each other and to exchange what is really used by many guests. So we had made an acquaintance with Ruth and Allan from New Zealand, Jutta from Finland and Delphine from France. 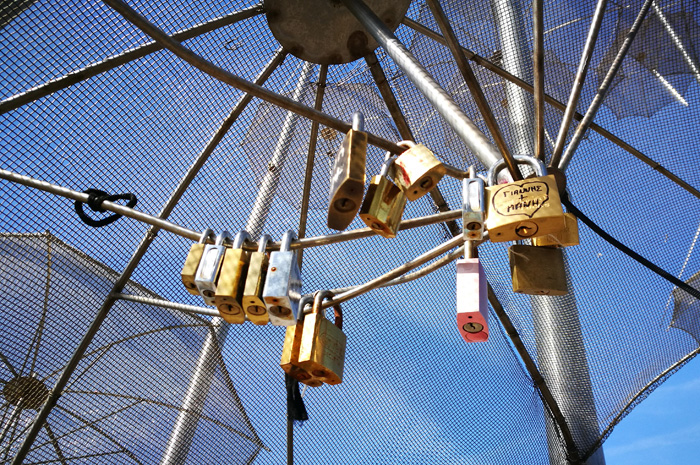 In the afternoon we had traveled to Thessalonica together, had walked the magnificent promenade along to the White Tower, had pointed out the one or other special feature on the way. 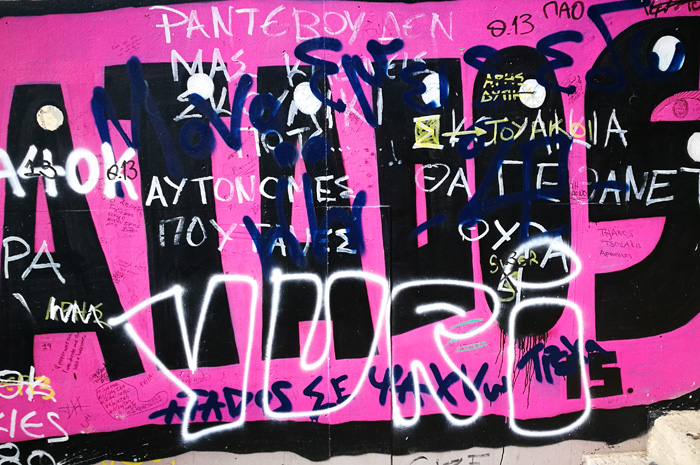 So our view was not only directed to the "sights, but also to the strikingly many street art works on walls and bridges. 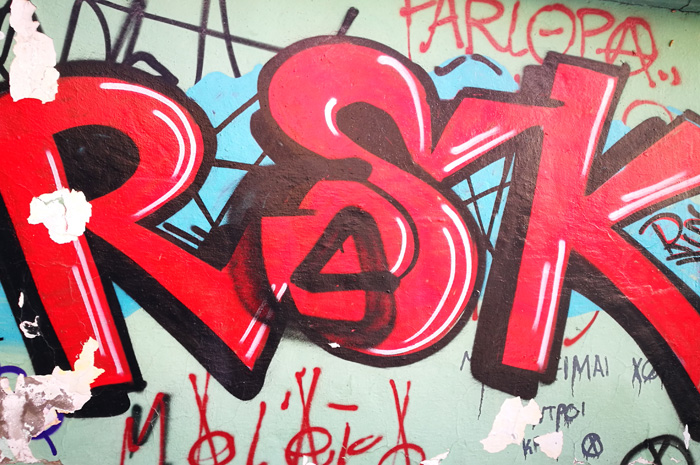 And as always, we discussed whether street art should actually be understood as art. 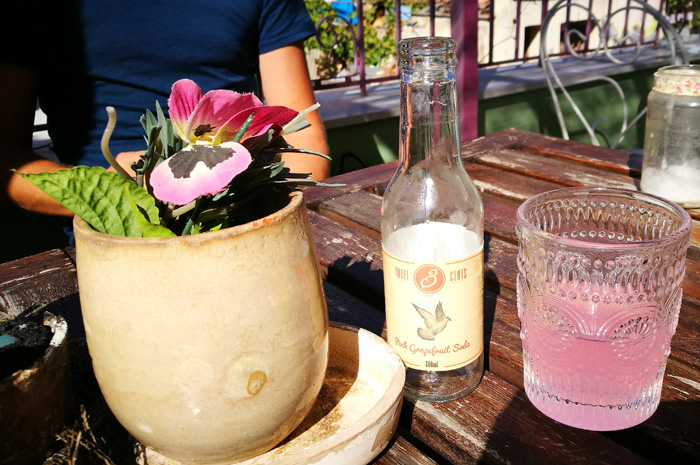 A small stopover on the way provided for refreshment, after all it was still a handsome 26 ° outside temperature in the late afternoon. 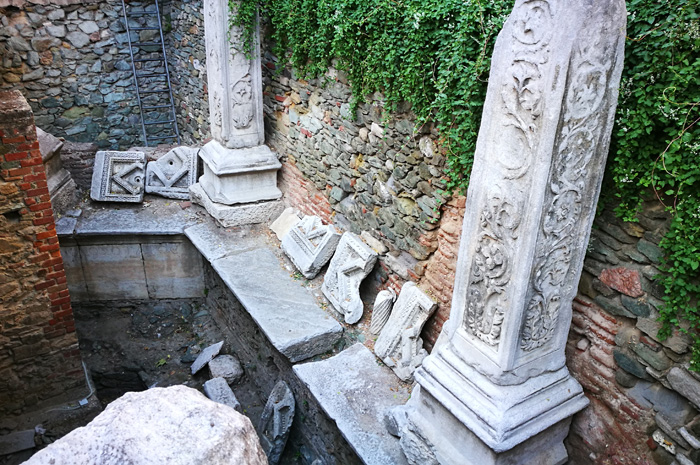 In contrast to the modern "street art", this site is located on the modern Via Egnatia, where excavations have exposed the remnants of the Roman fountain from the fourth century, connecting street art with practical water supply of that time. 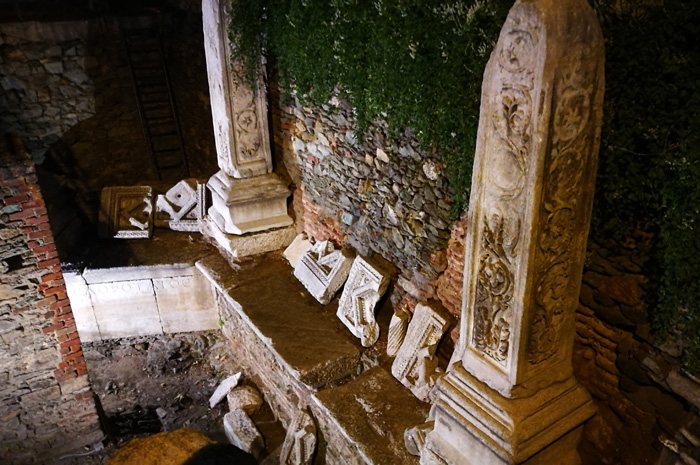 And again same sight at night during the way back. Fountain systems of this type often have been installed in public areas or roads to supply people with fresh water. The Hamam / Ottoman baths, built around 1444, used the water of this Roman water pipe system too. 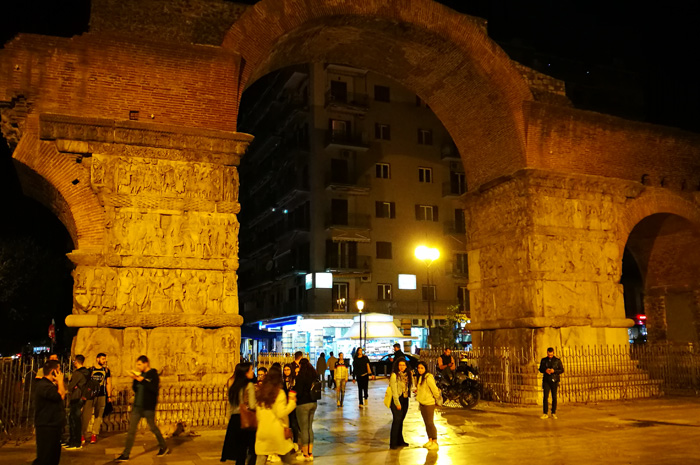 Also at night, the Triumphal Gate of the Emperor Galerius is an attractive destination during the city tour. 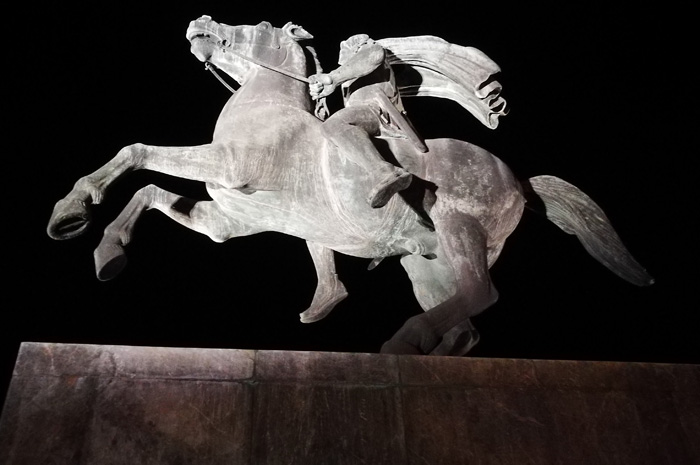 The monument of Alexander the Great on beach boulevard in the evening. 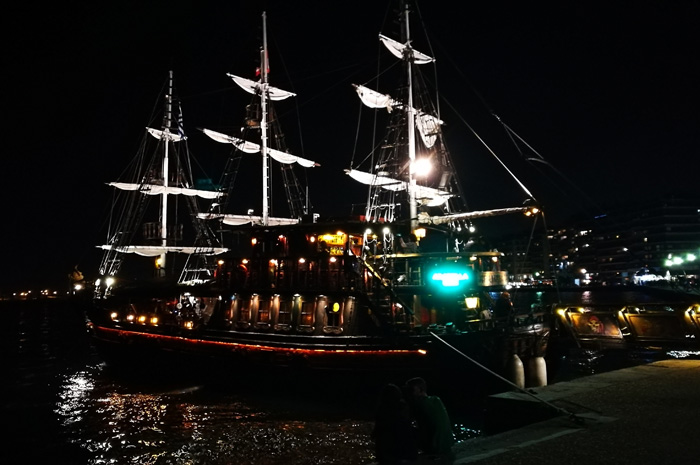