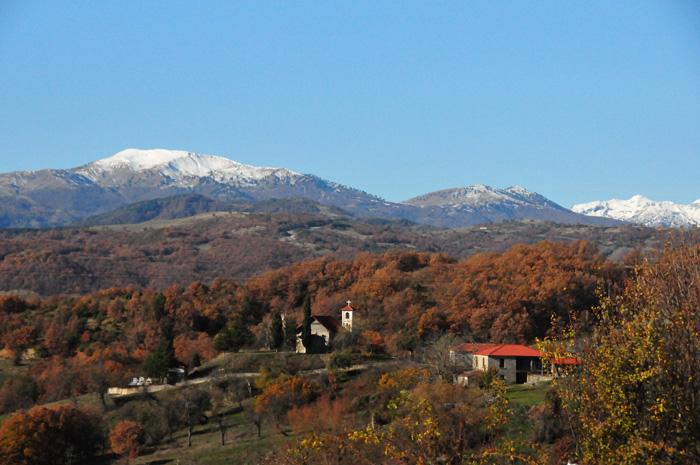 We gladly accepted the invitation from Giorgos to Bourazani, who runs next to a prestigious hotel a newly opened camper stop, but who has also dedicated himself to the development of local tourism with much of his energy. 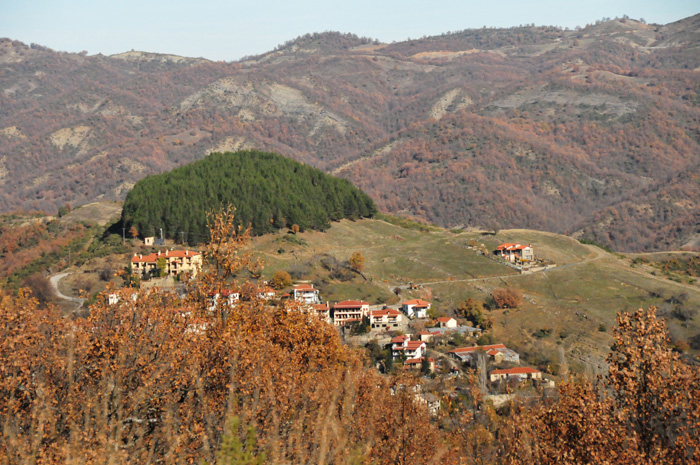 From Thessalonica we first followed the highway towards Igomenitsa on the E90, then left the highway right behind Grevena to cross the Pindos Mountains, knowing that we can get into winter conditions on the road. 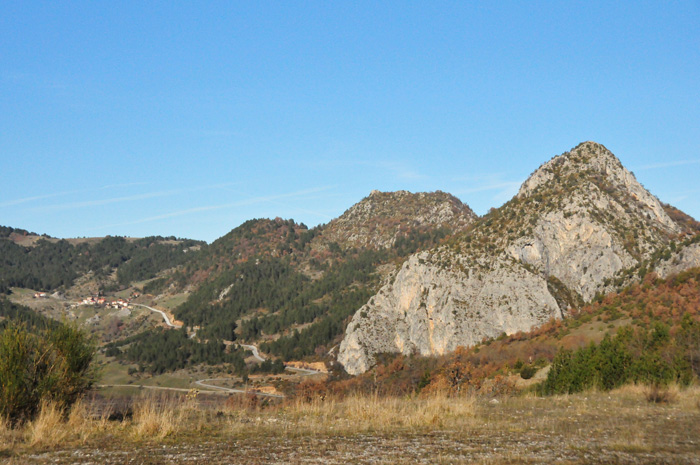 The Pindos is one of the high mountains ranges in southeastern Europe that stretches for more than 150 kilometers in a north-south direction, separating the Greek landscape of Epirus in the west from Macedonia and Thessaly in the east. 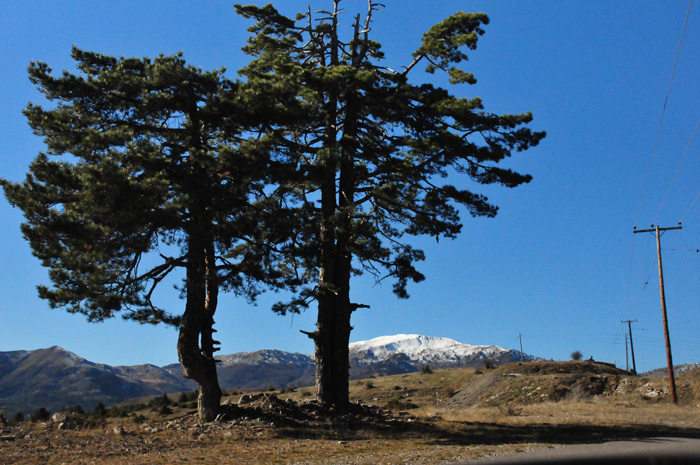 In the north, where our destination Bourazani is, the Pindos Mountains extend into Albania. 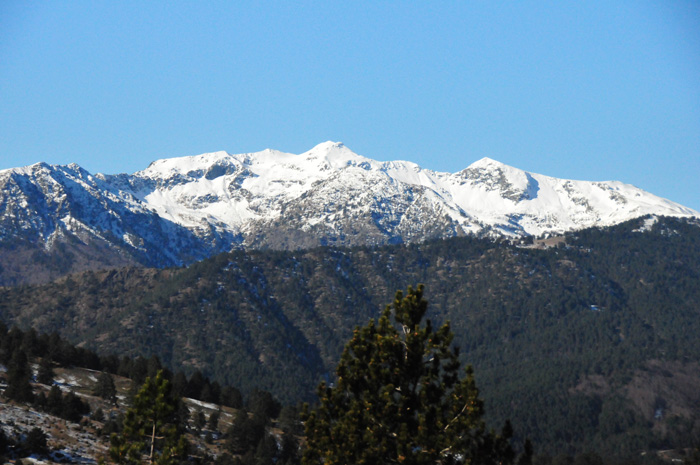 The Smolikas is the highest peak in the Pindos Mountains and after the Olymp (2.917 m) the second highest mountain in Greece with about 2.632 m of height. It belongs, like the mountain massifs Grammos, Tymfi, Smolikas and Mitsikeli, to the northern Pindos. 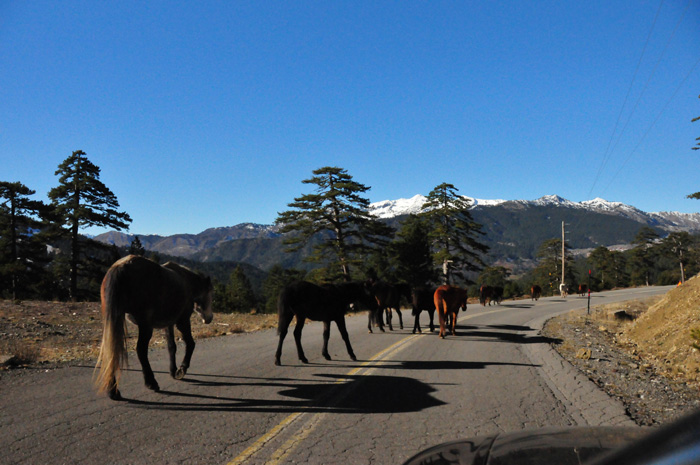 On the way we came across this group of horses, which did not bother us at all on their way in the least. 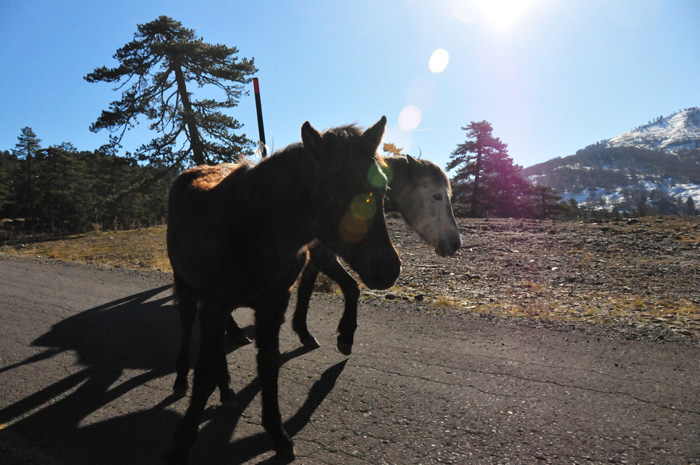 Unfortunately we had to stop and take pictures against the light, so only backlit pictures were possible, unfortunately, despite the open window. 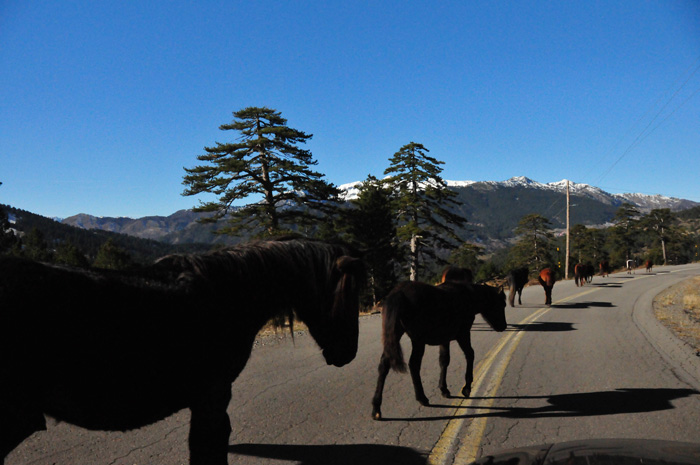 Unimpressed, the horses continued on their way. 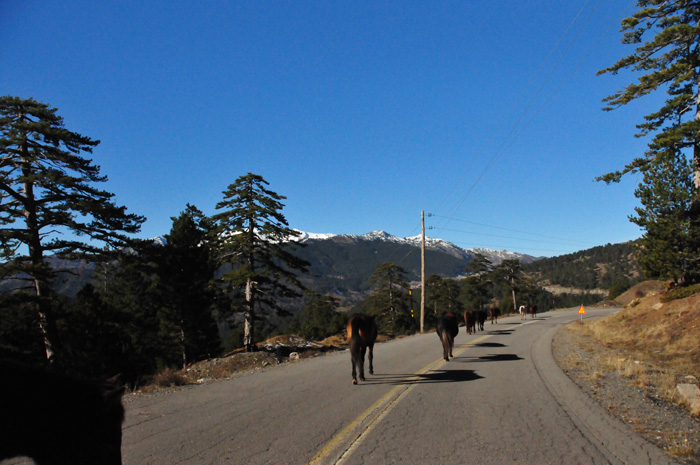 Immediately after, a further encounter with local domestic animals, this time a cow with its calf, which was not feeling disturbed in their rest. 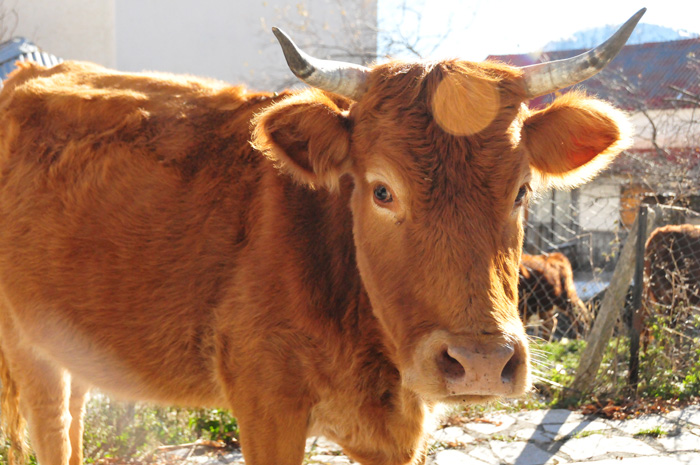 In the Pindos Mountains, there is also the Vikos Gorge, which we had visited during an earlier tour from Meteora before, the Meteora monasteries are located east of the Pindos. 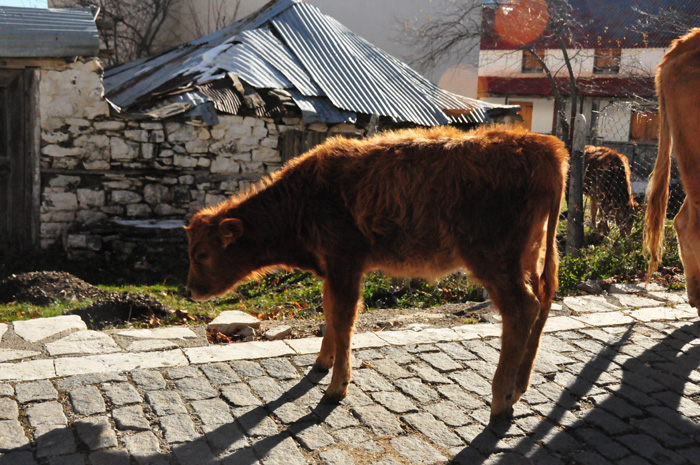 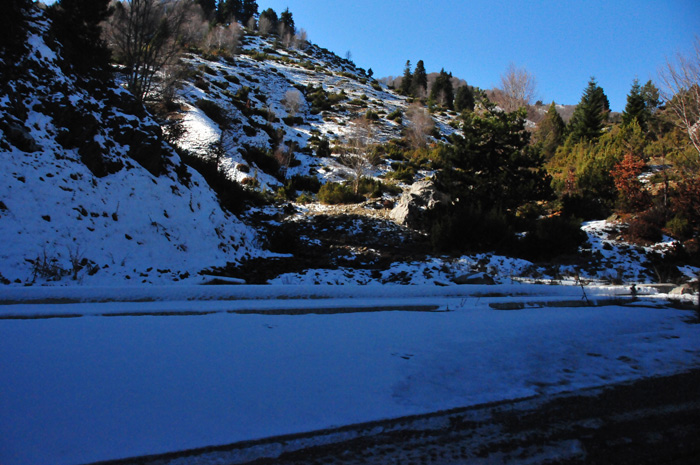 After leaving the motorway we steadily went uphill, so we had chosen the curvy serpentine road to Filippaioi and later to Samarina, which leads to a maximum height of 1,720 meters. 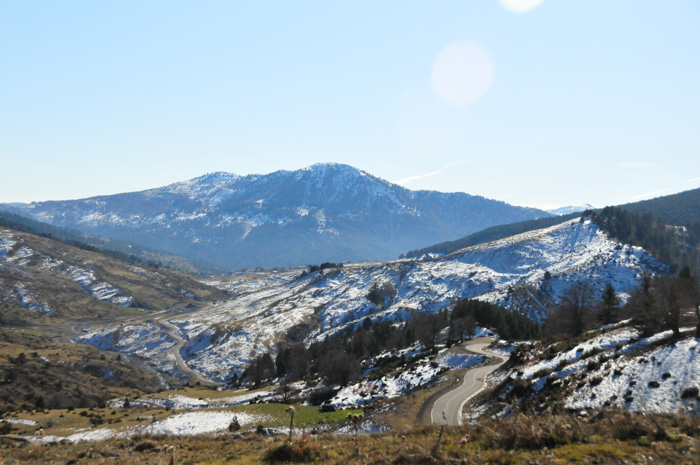 No wonder then, that on the north side of the mountains, there was still a lot of snow, which was partially frozen, but with winter tires and four-wheel, however, no problem. 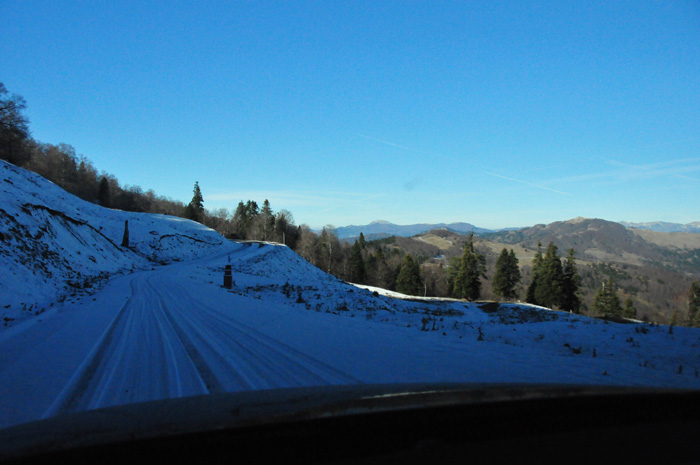