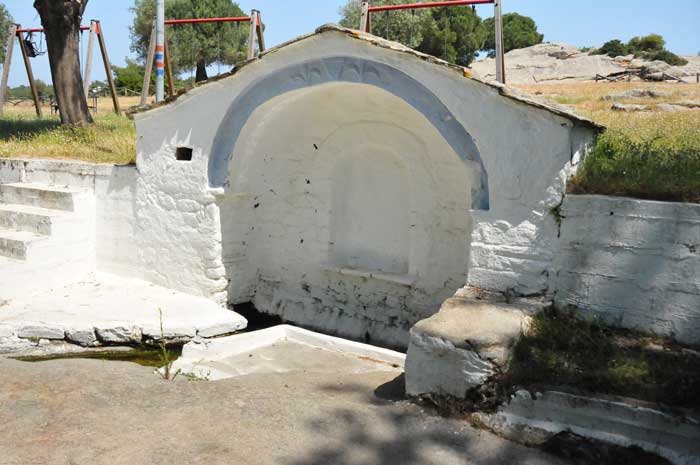 Last year, we visited St. Paul's Spring on Sithonia, which for many Greeks serve as actual source of water for their home table water too and next to see the spring, we also followed the marked trail up to the top of the mountain. 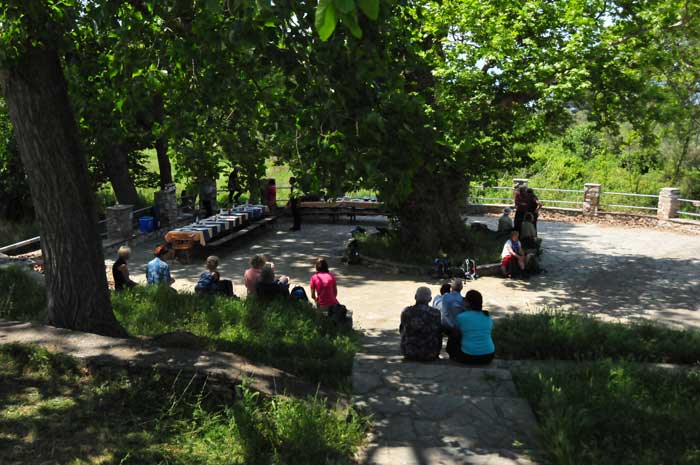 For the first time, however, we met an open door of the small chapel next to the spring, so that we could take at least a little insight view and some photos of the interior. The reason for this probably was the presence of a German hiking group with Greek tour leaders, who chose the idyllic place below the high trees as a picnic spot. 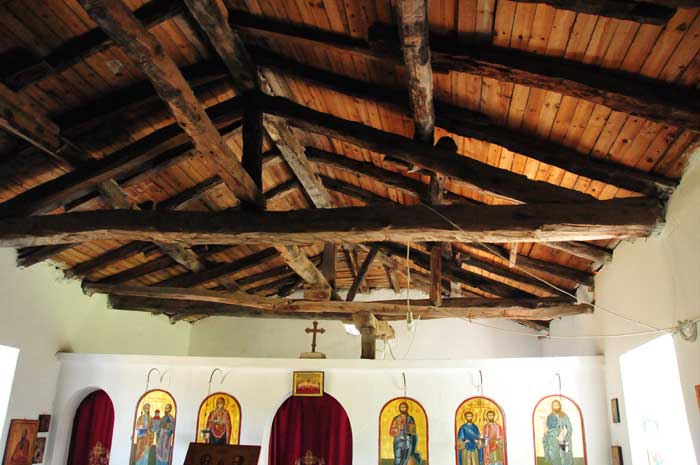 The view into the roof of the chapel shows its hewn, otherwise natural ceiling beams, including a series of picture icons on the wall to the chancel. 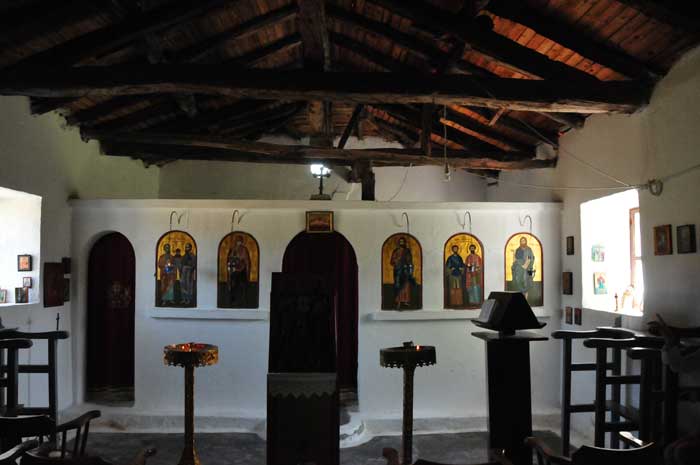 A number of prayer chairs as well as some benches leave a meager impression of the chapel whitewashed in plain white lit by candlelight. 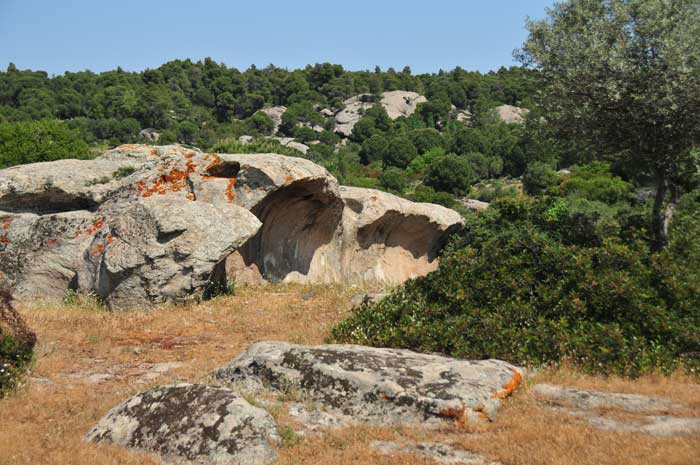 In the vicinity of the spring and the chapel, there are interesting washed-out stones, which point to traces of once running huge watercourses. 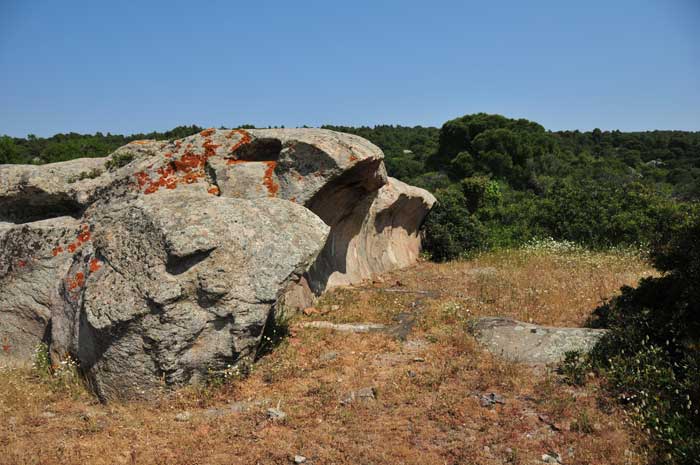 Hard to imagine today, we are in the middle of the peninsula Sithonia, which is only a few kilometers wide. It would be interesting to know from which geological period these stones originate. 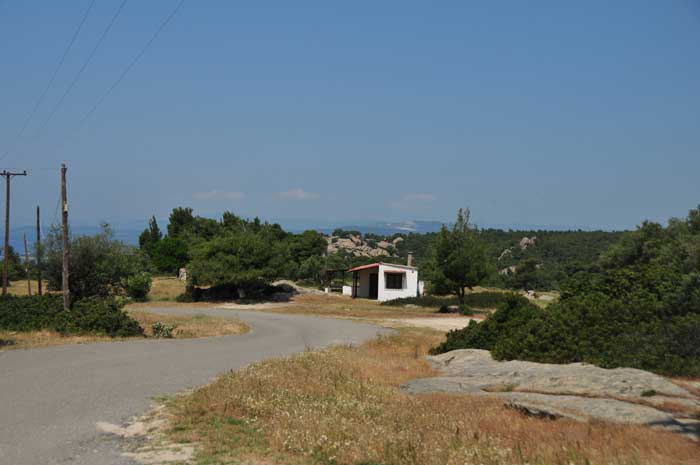 Today, except the source, this ridge is almost dry, as the above picture shows in spring. Despite the season even the grass dried up at the end of April already. 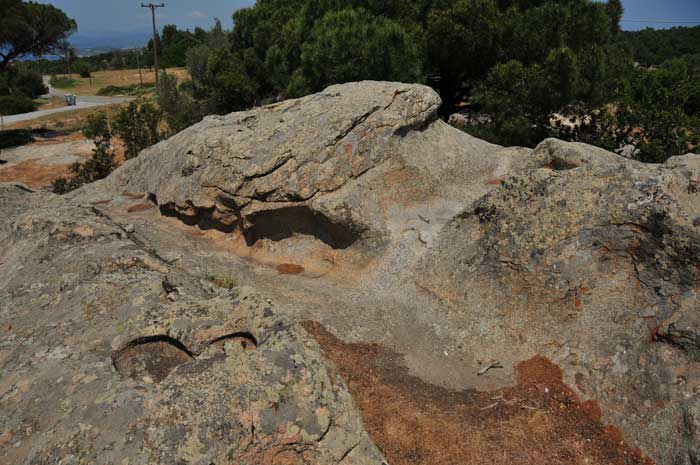 Right next to it, more washed out rocks. 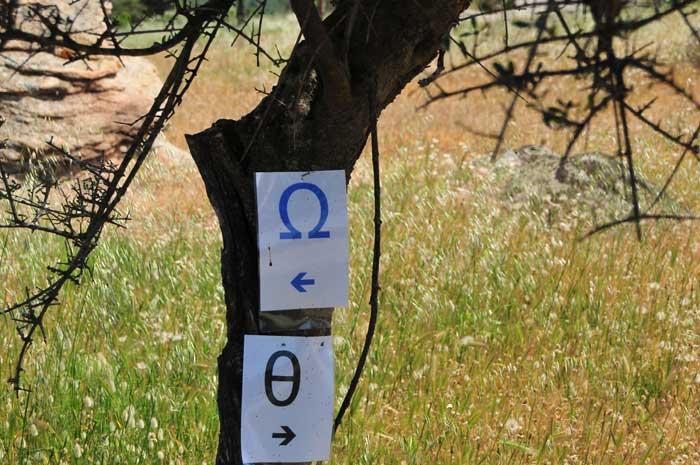 This is also the beginning of the walking route marked with the Greek letter Omega, which we have already described in a previous report. 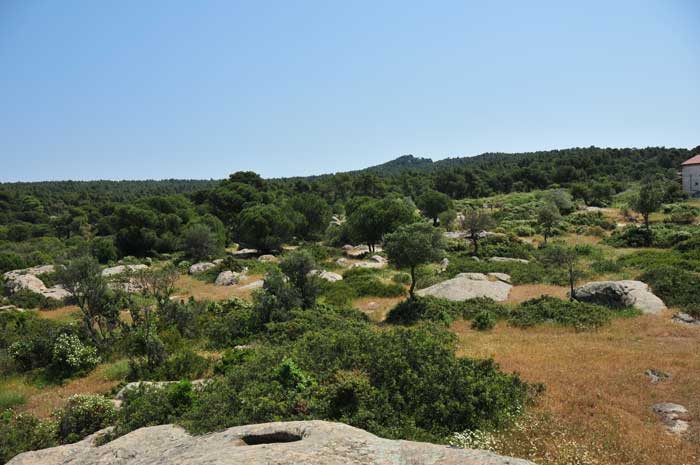 Beautifully situated on the ridge, the hiking trail offers shade enough to follow even in the summer months.