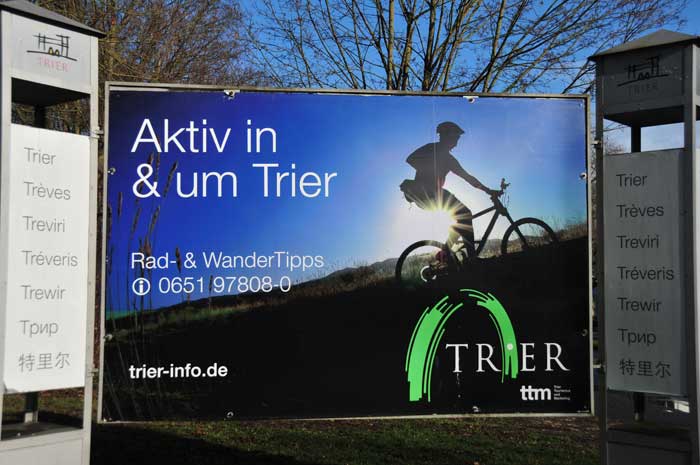 For almost two millennia, the route from the center of Trier to the left bank of the Moselle only led over the ancient Roman bridge, whose first construction was still made of wood and was built in the years 18 and 17 BC. 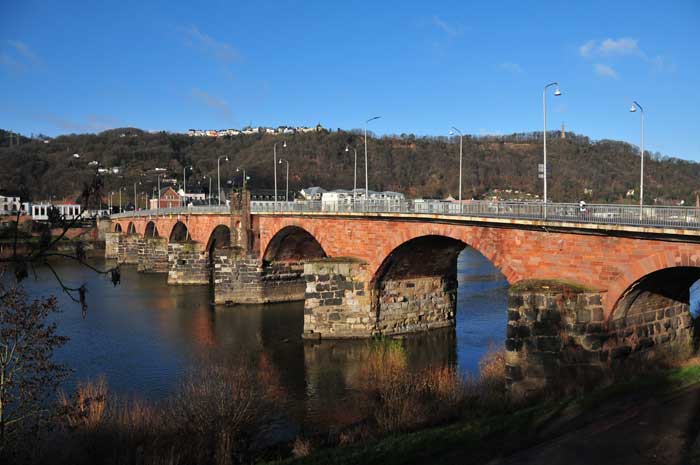 The first stone bridge was erected 45 AD, just a small distance downstream from the present location of the Roman bridge, as dendrochronological investigations have shown. Parts of the pillars can supposedly still be seen at low tide today. 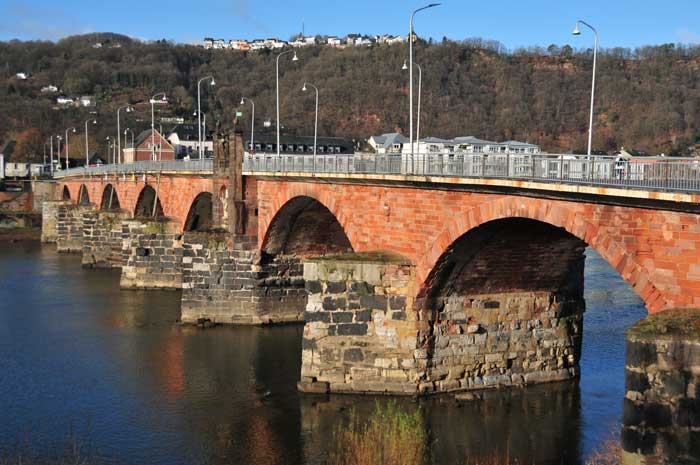 It took long time, when at the beginning of the 20th century, the construction of the Kaiser Wilhelm Bridge as the second river crossing has been built. In 1973, the Konrad-Adenauer-Bridge was added, which is since then the last road bridge crossing the Moselle within Germany. 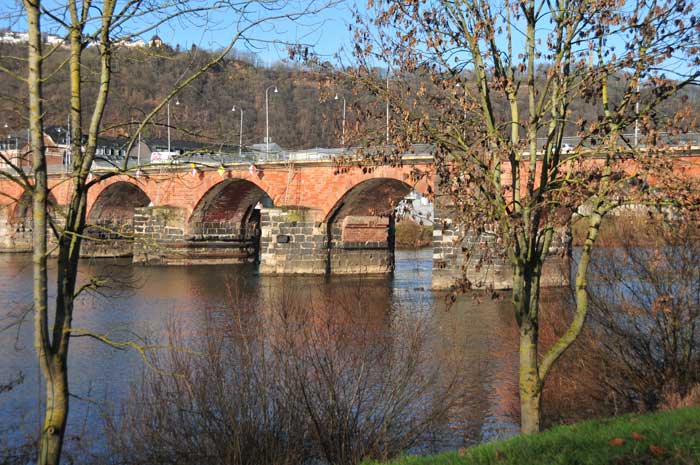 Compared to the roads and bridges, the cycle path network in the city of Trier is still moderately expanded, but the city administration is working hard on it. 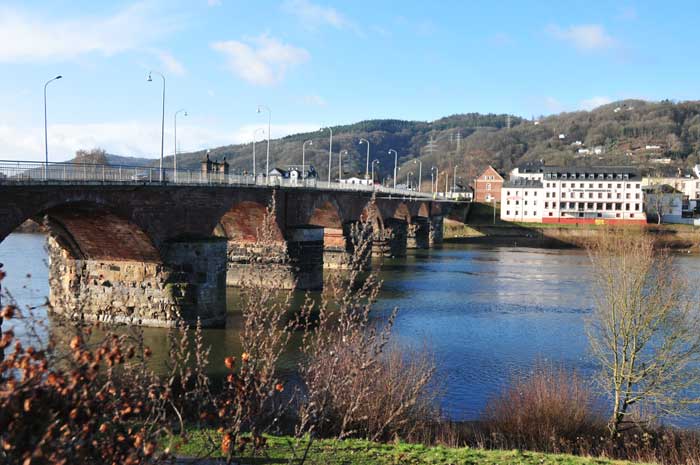 In particular, cyclists moving in urban areas often have to resort to narrow, busy roads and face the associated safety risks. 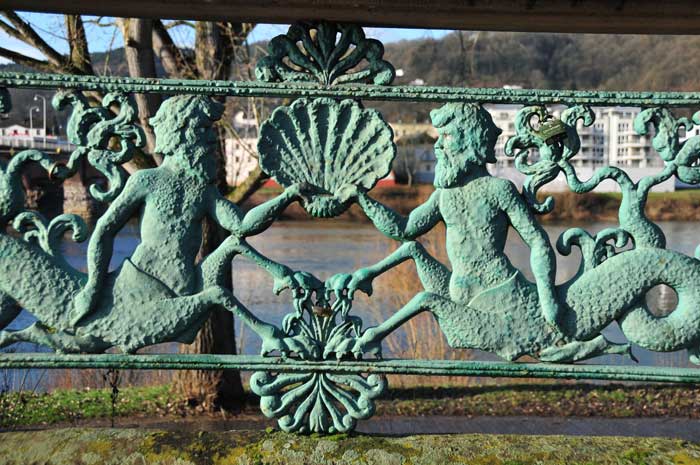 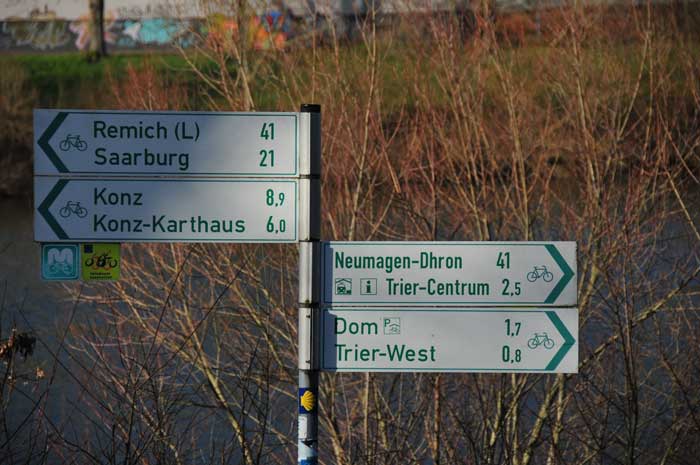 The Moselle Biking Route, which also runs through the city and along the Moselle and is part of the international cycle route “Velo Tour Moselle”, which is quite different in the way of development. 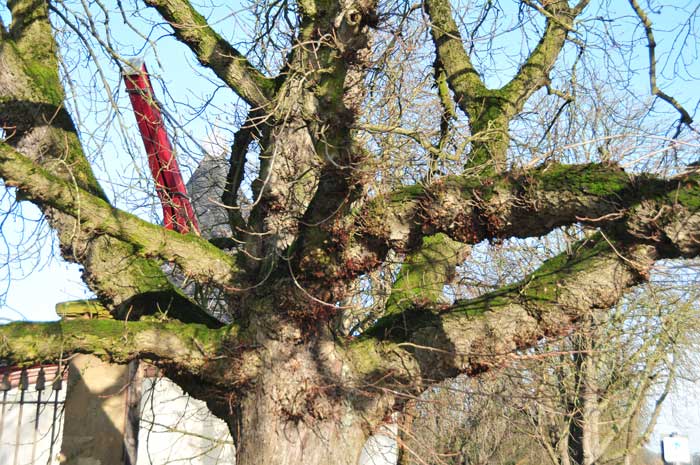 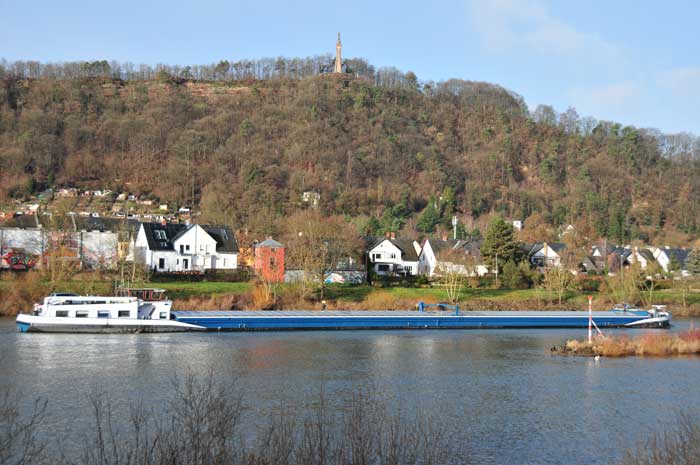 Trier is a hub in the Rhineland-Palatinate network of hiking trails too. In addition to the Eifelsteig, the Saar-Hunsrück-Steig also has its start and end point here. 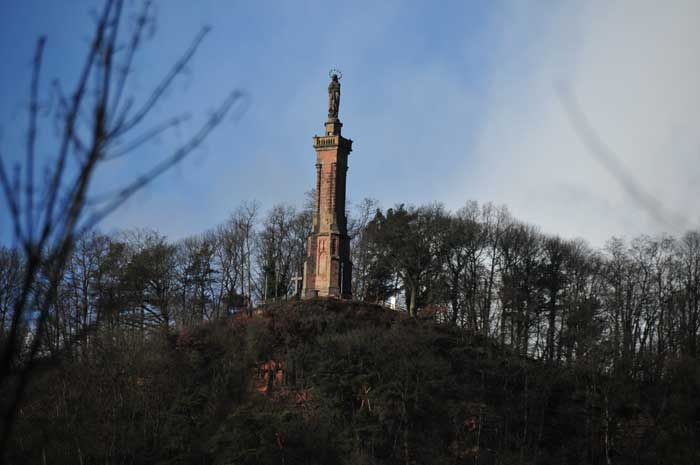 A dream loop on the Saar-Hunsrück-Steig is the Trier Galgenkopftour, a 16.6 km long mountain trail, which leads to Naumeter Kupp. 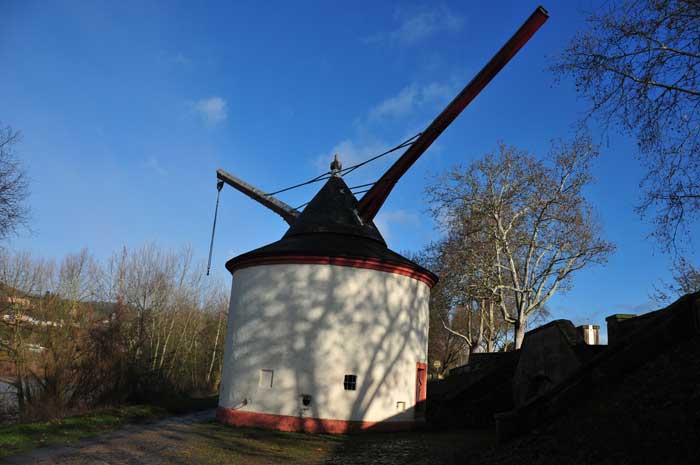 The Moselhöhenweg runs both on the Eifel side and on the Hunsrück side through the urban area of Trier. Since April 2014, Trier has also been connected via the Moselsteig which runs alternately on both sides of the Moselle valley. 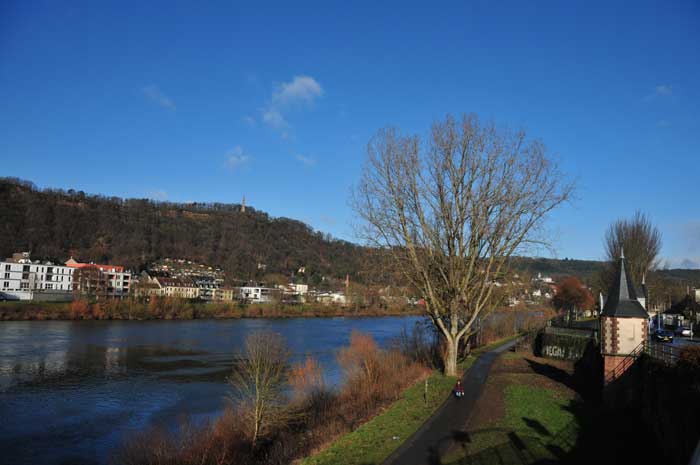 The Ausoniusweg from Trier to Bingen am Rhein is therefore dedicated since June 2013 as Hunsrücker Jakobsweg.