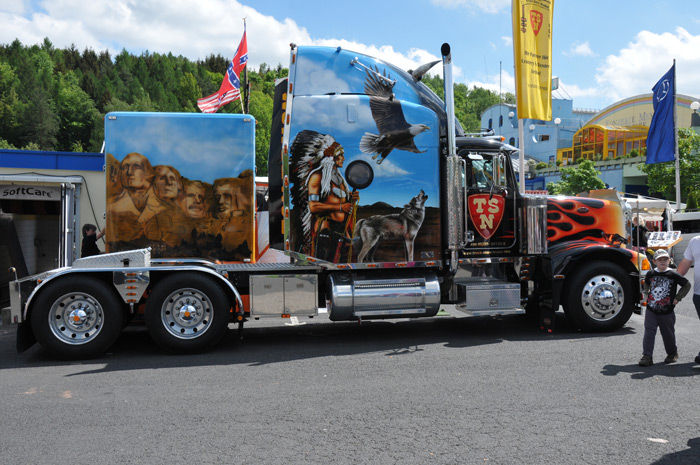 Modern trucks for long-distance transport are usually equipped with loungers in the driver's cab, because long-distance drivers often spend a lot of time away from home and are often away from their families even at the weekend, sometimes with catastrophic social consequences. 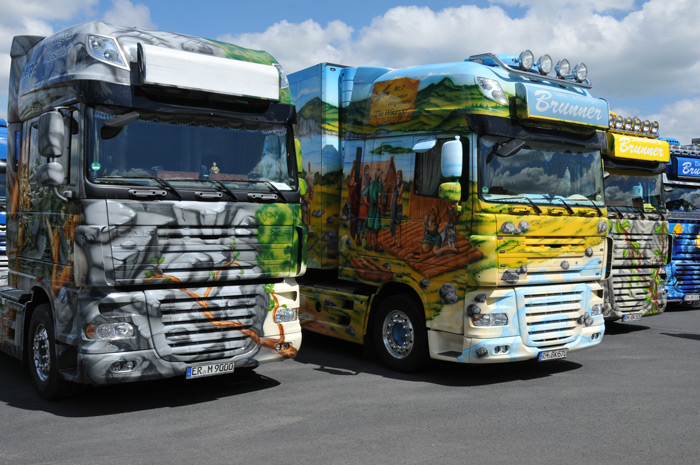 No wonder, then, that long-distance drivers often set up their rolling homes to their own taste, even the towing vehicle, if it is their own, is often designed in such a way that it can be used for representation purposes and often much more. 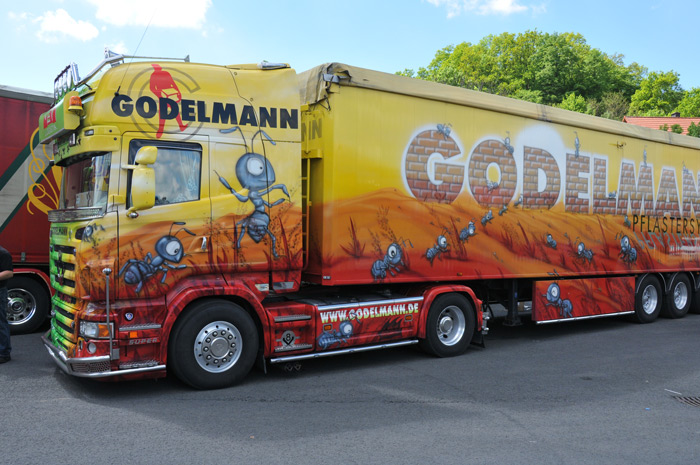 A really colorful range of such colourfull designed trucks could once again be observed during the long-distance driver meeting in Geiselwind, a medium-sized truck stop with various gas stations and inns on the A3 Nuremberg - Würzburg. 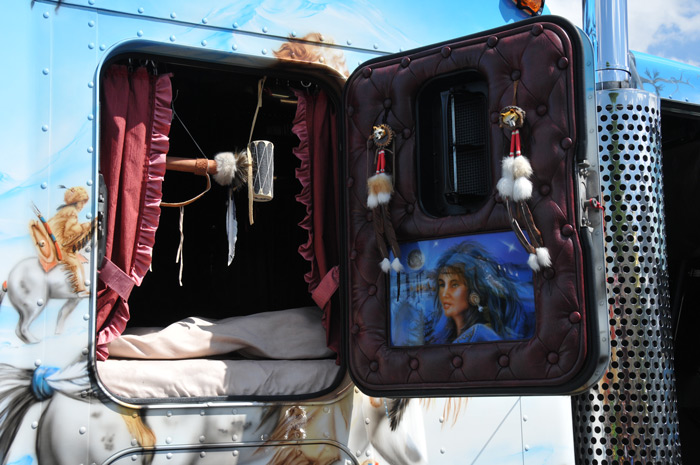 The Autohof has now been in existence for 40 years and continues to expand its range. In 2020, the butcher's shop was renovated, Lilly's bistro was rebuilt and the range of restaurants was expanded. 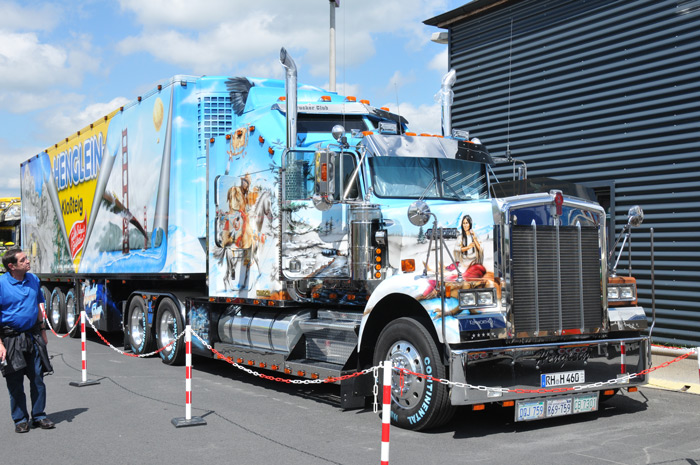 A SHELL LNG filling station was opened in 2021. An LNG filling station is also currently being built at the TOTAL Autohof. Pitches for caravans are now available at the edge of the forest near the climbing forest at the truck stop. So every traveler can find their favorite place. 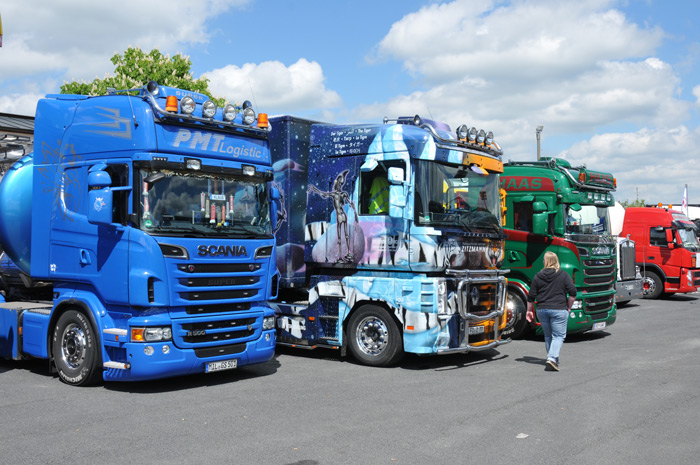 Unfortunately, trips by long-distance drivers are often not planned in such a way that the driver is back home before the start of the Sunday driving ban. In international long-distance transport, there can often be weeks between home visits. 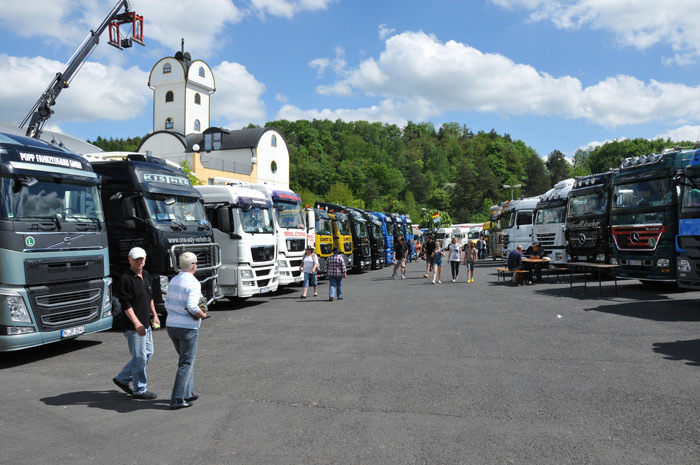 The long-distance driver then has to wait for the end of the driving ban in a parking lot. In many cases, the drivers also have to start driving again on Sunday from 10 p.m. so that they can unload at a distant customer on Monday morning. 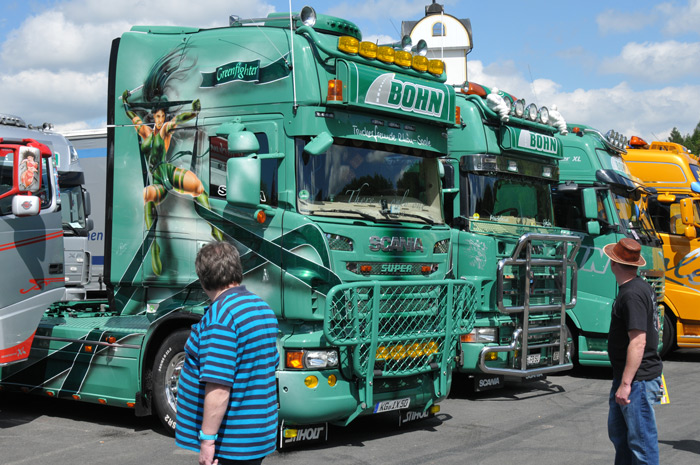 This means night work with the associated health and social problems. A disturbed day/night rhythm and fatigue are common causes of accidents in which trucks are involved. 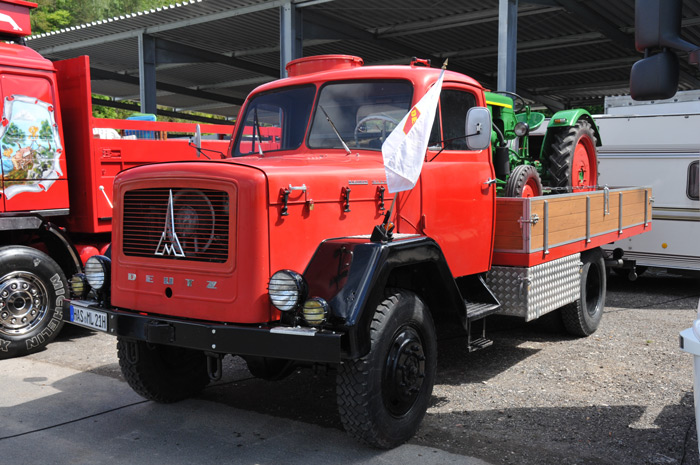 It has still not been possible to get long-distance traffic from the road to the rail, so that the topic of trucks on the roads will probably continue to be discussed very controversially. 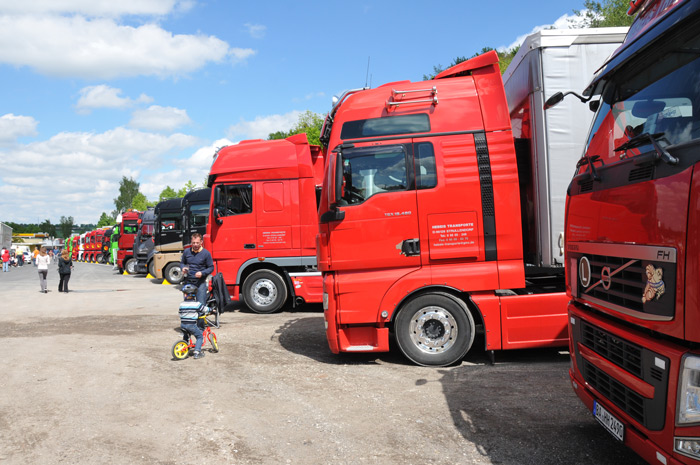 Due to the constantly increasing traffic, finding a parking space in motorway parking lots, rest areas and truck stops has become increasingly difficult. This results in an additionally increased risk of accidents if the driver is forced to continue driving despite exhaustion after looking for a parking space in vain. 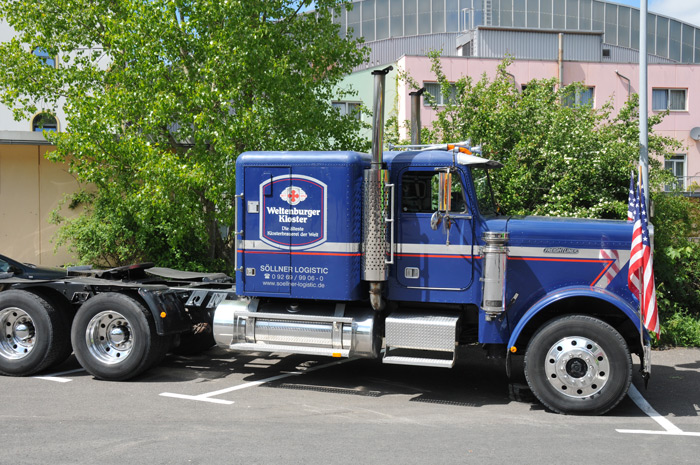 Wrong traffic policy with the political support of "just-in-time concepts" and thus the shifting of goods onto the road are some of the reasons for traffic jams that are often several kilometers long and serious traffic accidents in which trucks are involved. 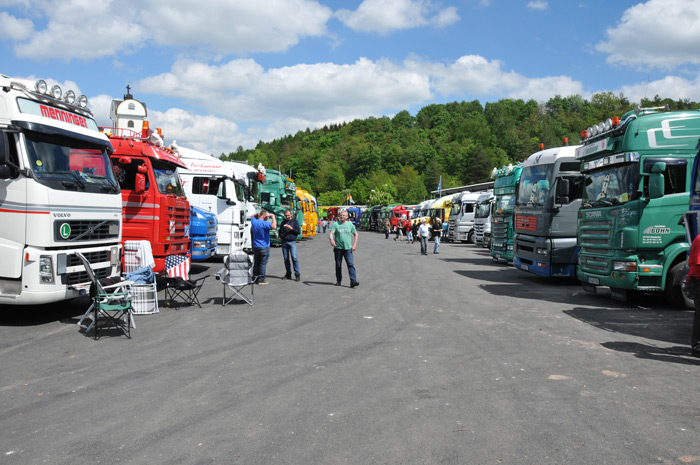 From Camping Rino in Kalista to Elbasan