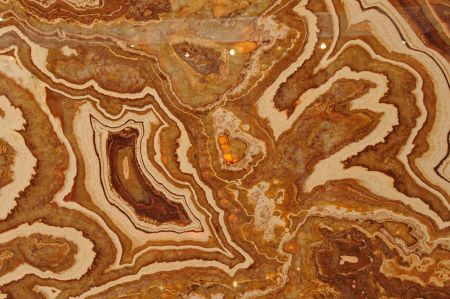 In many bazaars on the Turkish Riviera you will find stalls or even small workshops that offer their figurines and vases made of onyx marble, which unfortunately are rarely made by themselves.

It is actually a purely natural product that lets the light shine through in countless shimmering colors and shapes, sometimes almost transparently, whereby the inner structure comes into its own even better - in short, a great eye-catcher, especially when illuminated by direct sunlight. 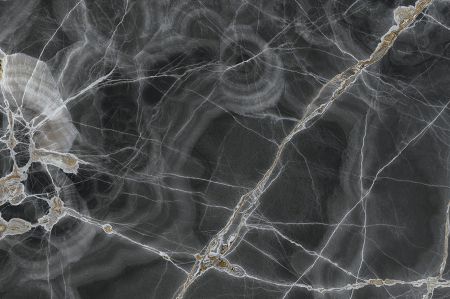 The naming is actually misleading in two senses, because it is neither onyx nor marble. Even where the raw material was found gives enough information about what this material is: sintered lime (freshwater lime) that has formed through the precipitation of the finest lime particles from spring water or subterranean freshwater courses, for example in karst areas.

Rock sinter can also form when seepage water penetrates limestone deposits and encounters natural cavities. From this point of view, the region around Antalya is a natural area of ​​occurrence for the calc sinter due to the karst, just like the calc sinter terraces of Pamukkale, which can be regarded as one of the wonders of the world, since the lime precipitation from the physically hard water takes place directly on the surface.

Onyx related to the signs of the zodiac 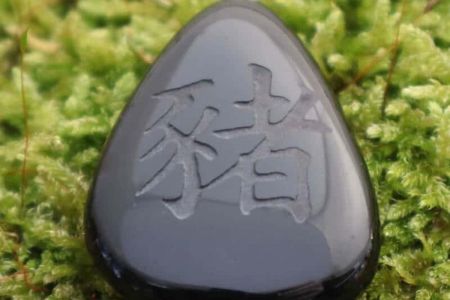 Already in ancient times, but also in the Middle Ages, various precious and gemstones were associated with known planets and constellations and used as amulets or healing stones with alleged magical properties. This type of use also lives on in esotericism, but assignment is purely arbitrary and differs from author to author. For example, onyx and sardonyx are assigned to Mars according to Richardson and Huett (1989), sardonyx to Jupiter according to Ahlborn (1996) and onyx to Saturn according to Uyldert (1983).

A large number of zodiac stones are also used for the signs of the zodiac. Depending on the source, onyx is mainly assigned to Capricorn, but also to Gemini or Leo, and sardonyx to either Virgo or Libra. Since the zodiac stones were and are also considered birthstones, many gemstones are also assigned to specific months. However, the connection is arbitrary and is rarely related to the corresponding signs of the zodiac. This becomes particularly clear with the onyx, which is assigned to February or August, depending on the source (Capricorn 22 December–20 January; Gemini 21 May–21 June; Leo 23 July–23 August).

According to various esoteric writings, onyx as a healing stone is said to alleviate or heal eye infections and diseases of the toenails, among other things. However, there is no scientific evidence for the supposedly healing effects. 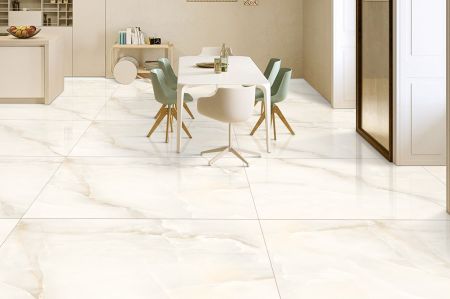 Lime sinter often appears under different terms, so in addition to the term onyx marble, which is already wrong in itself, calcite alabaster or oriental alabaster is often spoken of. Certain lime sinters are optically very similar to gypsum alabaster, but only in appearance. In processing, the onyx marble is much harder, almost glass-like. Cryptocrystalline or extremely crystalline sintered limestone often develops during formation, which is so hard that it can only be worked without cracks. The origin of these sintered limestones is usually in the Quaternary era, in which a large number of caves with their dripstones as stalagmites and stalactites were created.

The main component of onyx marble consists of the mineral’s calcite or aragonite as a modification of the chemical compound calcium carbonate.

A wide range of colors can be found in yellow, orange, red and green 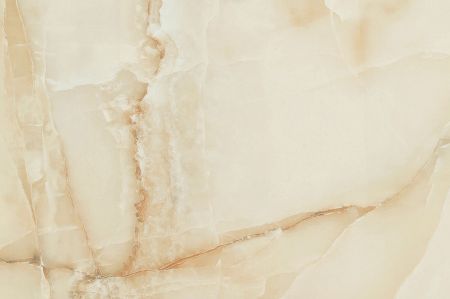 Its almost transparent properties have also led to the use of onyx marble as a substitute for glass, for example onyx marble cut into thin slices was used in the cathedral of Orvieto instead of glass. The particularly crypto-crystalline varieties prove to be particularly translucent. Even panes that are almost 3 centimeters thick are still sufficiently transparent. Different types of deposits in the material, often compounds of bivalent and trivalent iron, result in interesting and mostly very attractive bands, which contribute to the great popularity of onyx marbles. Due to the type of formation, a mostly ring-shaped structure appears in the cross section of the sinter, which usually severely limits the possible uses due to its size alone. Both the shapes and the colors are very diverse, from white to yellow, orange, red and green you will find a wide range of colors. The calc-sinters are of particular interest here, as they can also show changing mineral deposits and accordingly result in a multicolored picture.

Attractiveness of onyx marble in terms of internal structure 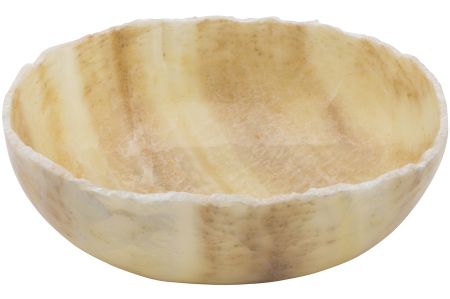 There are hardly any deposits of onyx marble for industrial mining, only rarely is there a natural occurrence of such thickness that large sawn panels can also be produced from the blocks extracted. Mixtures of lime sinter and normal lime, or travertine, are a little more common.

However, this often means that the attractiveness of onyx marble, which is so valued, is lost in terms of the inner structure. Another disadvantage is the lower mechanical stability, which causes cracks and the resulting workpieces that break easily. As a result, a lot of material has to be discarded, which in turn leads to high selling prices. 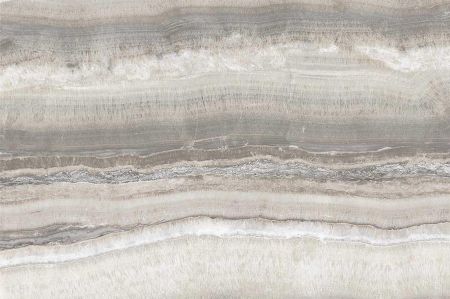 Should you come across one of the onyx marble workshops during your travels, take some time to contemplate the sometimes really extraordinary structures of this calc-sinter, no matter what was made of it. Please also think of the geological era in which the raw material was created. This knowledge alone enables the classification and significance of this natural product to be shaped by human hands into a vase, an ashtray or a "stone egg".

The Aspendos viaduct near Side

Bosnian War and Destruction of the Stari Most Bridge