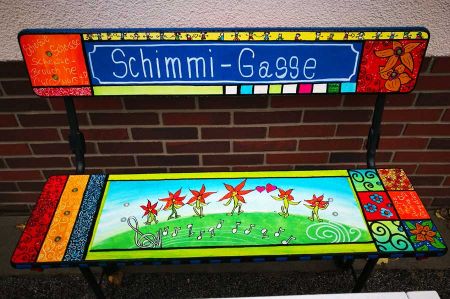 Probably no fictitious person became a cult figure as it was the case with Horst Schimanski from the ARD television series Tatort, in which he served from June 28, 1981 in 29 episodes as criminal detective Schimanski in Duisburg.

More or less by chance we had encountered some of the remnants of this cult figure during a walk along the port of Duisburg, when a street sign put us on a "first track". From Essen we had gone for a short walk to the harbor, despite the rainy gray sky, had wondered that in spite of the weather, a harbor cruise was offered and being used by guests. Once at the Museum of Inland Navigation, we walked along the pier until we came to the Horst Schimanski lane. 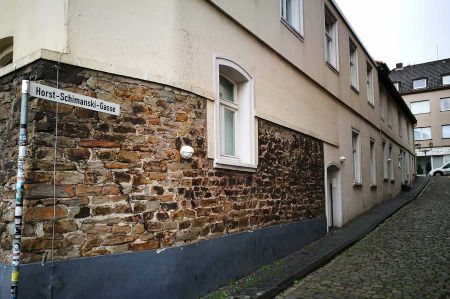 With the appearance of the figure of the Chief Commissioner Schimanski marked a blatant turn in the then already so beloved row of otherwise straightforward crime scene commissars on television by the television audience. For the first time, a detective appeared on TV, who had no real daily routine, who cursed, beat himself, drank more than alcohol in moderation, made Currywurst a staple, and exposed his wife's stories without inhibitions. Schimanski portrayed a man influenced by the '68 movement who in his own way still rebelled against the generation of the Nazi era. He was also often mobilized against xenophobic prejudices and maintained friendly relations with the so-called guest workers, which made him from the point of view of his bosses the specialist in criminal cases in this environment. He was assisted by well-dressed Chief Commissioner Thanner, an official of the old German school, and later by the rather freakish Dutchman Hänschen.

Götz George and Schimanski - a role to measure 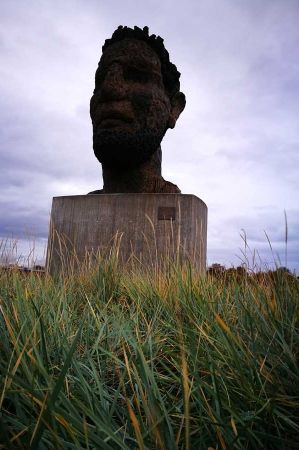 Schimanski was portrayed by the Berlin actor Götz George. His trademark was his beige-gray M65 field jacket, since then also colloquially called "Schimanski jacket". Due to the large echo in the population, print media rushed to him. Some condemned him as Ruhrpott Rambo, the others praised him as a breath of fresh air in the dusty ARD institutions. He became the action hero of the Germans for almost a generation who, instead of war and obedience, knew just peace and consumption. Ten years he determined and made his frequently used fecal language, in particular the word "shit" acceptable, so that the Bildzeitung 1991 even presented its frequency during the 90 - minute broadcast. Schimanski was ranked first in a poll conducted by Emnid in 2008 on the occasion of the 700th broadcast of the series for all crime scene commissars. The role of Horst Schimanski brought actor Götz George as a performer of the unconventional-nonconformist appearing fictional Duisburg Commissioner so great popularity that his other actions repeatedly oriented to this role.

Horst Schimanski Alley at the port of Duisburg

Only a street sign on a house facade, which we almost by chance fell in the eye. No, but far more so, we found in front of a small port bar on the two inviting colorful wooden benches shown in the picture far more than just two seats - many people found in the fictitious role Schimanski a person with whom one could identify - not only to attract tourists and locals to the stand-you-one.