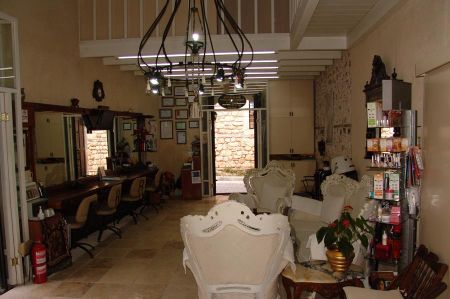 Of course, one may say that we should take care of much more significant problems and report about them, but, as we are thinking, there are the small, seemingly insignificant things of everyday life, which have to be regarded as a warning of a politically desirable reorientation which then ends in domination and absolute control?

The Diyanet, the top Turkish religious authority, had announced in its recent publication, that the removal of hair next to the eyes and upper lip of women is un-Islamic and therefore is a sin. Now you might smile about such a publication and the try of taking influence, would it not be an interference with the personal rights of every individual, what brings the loss of freedom in the end. Especially in Turkey millions of believers take the "arrangements" of religious authority Diyanet, which is responsible for a state faithful interpretation of religion, really serious and hardly notice it as immense personal right to be restricted.

On the demand of a believer, whether this arrangement is also true for women who have to contend with not normal hair growth, the Diyanet limited: if a psychological impairment is due to be feared by too vigorous hair growth on eyebrows or upper lip, exemptions from the rules may grant to be allowed.

Recently, these "valuable" advices accumulate for women by Turkish politicians and clerics. Only recently it was said by the Deputy Prime Minister Bülent Arınç: women should not laugh so much, and certainly not loud and in public. Under the hashtag #direnkahkaha (translated as: persistently hahahaha) modern thinking Turks laughed at the announcement of Mr. Arınç, but others can hardly stand such reprimands. "Where are our girls who blush easily, lowering their head and eyes averted, if we look at their faces, and thus become a symbol of chastity?", Also comes from the Vice President Arınç. Not every Turkish woman can smile humorous about such interference in personal rights, many are suffering long to a personality disorder, which is to bear only because of their practiced stoicism for decades already.

Turkish women are known for their sometimes strong hair growth. Will "woman" avoid that her two eyebrows to be connected by hair, it necessarily must be plucked or eliminated. The more common way of doing so in Turkey is the string technology. Probably Emine Erdoğan and Sümeyye, wife and daughter of the pious President Recep Tayyip Erdoğan use one of these techniques. No fluff or hair growth between the eyebrows in the immaculate faces of the two is to see. "Shame" is the headlines of anti-government television station oda TV in their report. Should not the wife and the daughter of the president start as a good example? Or they should stop such interference into personal rights.

Breaking spell of an ideology - British fatwa against IS

Turkey´s chief justice - If that is islam, I am no muslim