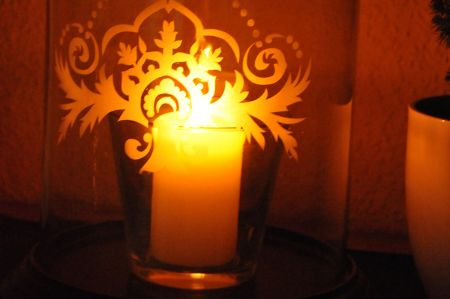 This should actually be the title of this article. Unfortunately, there is once again a great deal of doubt about the "Ability of Thinking, Culture, Compassion and Humanity" of our race called Human Being - after Berlin it has hit Istanbul again this night. It is terrible, what misconception and hate are capable and leading to!

Today the New Year's feast is normally celebrated in many places, in the western world mostly during an eve celebration, where at 12o'clock pm each one offering cheers and the New Year is welcomed with a lot of bang. The date and significance of the New Year festival - which is celebrated in several cultures for several days - is based on the regional practiced calendar, either according to the sun (eg the Gregorian calendar) or as in East Asia after the Lunisolar Year. Here, the traditional feast is always on a new moon, so it can vary by up to 1 month in regards to the western calendar. In Islam, a pure moon calendar is being used, so that the New Year and other festivals move backwards by 11 days each year.

In the year 153 BC the Romans, according to their calendar, moved the beginning of the year of office from 1 March to 1 January, to the day of the magistrate's entry into office. However, the normal calendar year began with March 1. It was only through Caesar's calendar reform that the original months of January and February were set at the beginning of the year, so that the calendar year and the year of office began on January 1st. Thus, the counting months (September, as the seventh month, October, the eighth, November the ninth, the December, the tenth) also lost the positions corresponding to their names. Instead of a yearly survey, the Romans named the years after the office of the consuls.

Already around 700 AD, it was customary in Rome to celebrate January 1 as a celebration of the Virgin Mary: Natale sanctae Mariae. By the adoption of the Byzantine festivals "Annunciation of the Lord" on 25 March and "Mariä admission to heaven" on 15 August, the festival lost importance, so that the octav day of Christmas as a feast of the circumcision of the Lord from the Franconian-German even included in the calendar of the Roman Liturgy.

In the western area of culture, January 1 is widely used as the date for the beginning of the year since the Middle Ages. Regardless of this, there were and are different dates and times in different regions and time zones, and in addition, different New Year's days were used simultaneously in the same geographic areas.

Martin Luther wanted to introduce that the year of the Reformation Church begins with the 25th of December and wanted to celebrate January 1 only as a "day of circumcision and naming of the Lord". After 1550, other reformers (Melanchthon, Brenz) made it to the Christian New Year. Looking back and forth, the day in the Evangelical Church gave the character of a worship for thanks and prayers: the New Year was explicitly started in Jesus' name. The ecclesiastical celebration at the preceding "last night of old year" had a similar orientation, but later often went into a sociable evening.

Until the New Year's Day in 1691 by Pope Innocent XII. January 6 was the beginning of the year in large parts of Europe.

The Iranian people and the Bahai celebrate New Year at the beginning of spring (March 20) since the Persian Empire. Accordingly, traditions differed significantly from ours. The hour of the beginning of the year was announced with large traditional wind instruments. The table of the feast makes the spring and the hope of a good year visible with 7 symbols, all beginning with the letter S: Senjed, Samanu, Sekeh, Sabzeh, Siib or Sif (apple), serkeh (vinegar) and sir (garlic). They mean happiness, health, fertility and well-being. In the Islamic period, these still colored eggs, the spice Somagh, incense (Sipand) and a Koran came to the tablecloth to these "Haft-Sin" (seven S). Persian Zoroaster take the Awesta, Christians the Bible.

The Old Persian New Year celebration lasted not only 3-4 days (as for example the Jews tradition or like in Japan), but full 13 days. On the last day they drove out of the city into the green and took one of the 7 symbols: the wheatgrass planted at the beginning of the festival. It is thrown into the next river - as a symbol that now all evil spirits had been expelled from the house.

Use the New Year's Day for your own ideas - good luck, health and happiness - less hate and no terror!
- team alaturka- -

Turkey´s Chief Justice - If that is islam, I am no Muslim 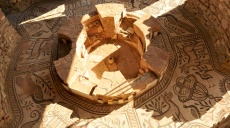