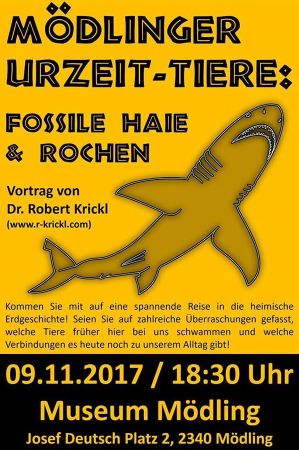 Fabio Colonna was able to show as early as in 1616,  in his treatise De Glossopetris Dissertatio, that the alleged adversary tongues are actually shark teeth.

But even beyond the end of the 17th century, the pointed or triangular fossils, from light to greyish-black in color, were thought to be mostly natural games (Lusus naturae), fossilized snake tongues or the teeth of dragons. Conrad Gessner and Guillaume Rondelet also noted the similarity of adder tongues and the teeth of today's sharks. With Nicolaus Stenos published in 1667 Canis carchariae dissectum caput this knowledge prevailed generally.

There are localities in the world known today, the most important ones are in Morocco, Florida and in the Atacama Desert in Chile, but also in Mödling in Austria .. Another well-known fossil shark and teeth of the fossils is Cadzand, a place in the extreme southwest the Netherlands. In Morocco, between 3 and 70 million years old shark teeth are dug up in Khouribga at the "Plateau des Phosphates". They got their color from the minerals that permeated them.

Squalicorax pristodontus (locality: Agassiz, 1843) had flat, triangular, up to three centimeters long teeth. The cutting edges were finely toothed like today at the tiger shark. In the Cretaceous, the genus Squalicorax was distributed worldwide. In America, Africa, Japan, Australia, India, Russia, the Middle East and Europe, fossilized teeth were found in the sediments of the Mesozoic.

Megalodon (Carcharocles megalodon) lived in the Cenozoic and possessed the largest teeth of all ever-living sharks, which are sought after by collectors.

So you stay interested and join the lecture of Dr. Robert Krickl in Mödling.