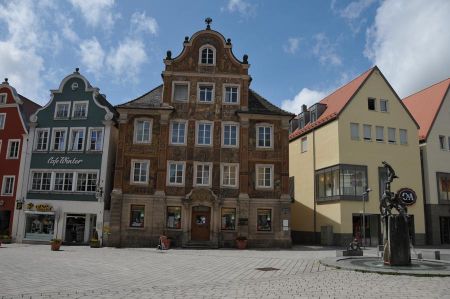 We are driving from Augsburg in the direction of Kitzingen and had arranged to meet our friend Norbert by phone, who had moved back to Germany from Alanya about 2 years ago.

Today he lives with his brother Lothar and his wife, whom we met during their visits to Alanya, in Ellwangen, a place steeped in history with a past that reaches far back. The joy of the reunion was probably equally great for both sides and over coffee and strawberry cake the conversation quickly got to the processing of common experiences in Turkey.

In the further course of the conversation, however, we also got to our current activities and initial explanations about Ellwangen were included in the conversation. We had read about the Alamannen Museum in Ellwangen via internet research and had already made initial contacts with the museum management. Since the museum was not reopened until the weekend due to cost-cutting measures, we had made an appointment with the museum director, Mr. Andreas Gut, for the coming Saturday. Enough time to do some preparatory research on Ellwangen.

Course of the Limes went through the district of Pfahlheim 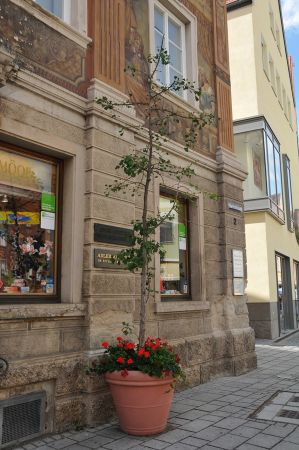 At the time of the Celts and Romans, the region around today's Ellwangen was only sparsely populated, in any case there are hardly any traces of human settlements in the area from this time. Only with the construction of the Roman border defense line "Limes", which runs only a few kilometers south of the town center of Ellwangen, were the first settlers attracted. In the second century AD, the Limes was initially erected as a palisade fence to secure the northern border of the Roman Empire. Gradually, the palisades were replaced by stone walls with the construction of permanent forts. The course of the Limes went through the district of Pfahlheim, whose name probably goes back to the Limes. The remains of a Roman fort were found just a few kilometers away near Halheim.

Further traces of human settlement have only been found from the fifth century to date, which indicate the foundation of settlements and which probably led to the first Alamanni "village" near Pfahlheim, which can be proven by the cemeteries found. In the seventh century other groups moved to the valley of the Jagst and another Alamanni settlement arose on the sloping meadow slope, which was titled "settlement near the pastureland of the Alaho". Today this is the area of ​​the Priestergasse on the slope towards the Stelzenbach. 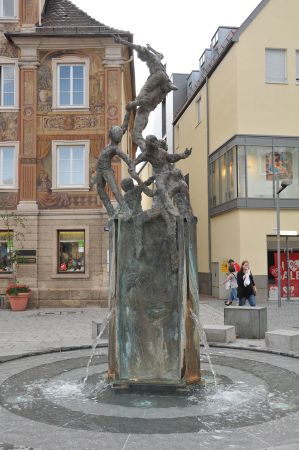 In 764 the brothers Hariolf and Erlolf, who was bishop in the French town of Langres, founded a Benedictine monastery in the border forest of Virgunna between Franconia and Swabia right next to the Alamanni settlement. The brothers had already founded a number of monasteries in the Bavarian-Alamannic-Franconian region, since they came from a respected noble family and had the necessary money, they founded monasteries in Murrhardt, Neumünster and Schäftlarn, among other places. However, later financial problems in the family left the brothers no choice but to transfer the Ellwangen monastery to the Frankish King Charlemagne, making Ellwangen a royal monastery.

Ellwangen Monastery was first mentioned in a document from Emperor Ludwig the Pious, dated April 8, 814. Only three years later it belongs to the imperial abbeys, which means that the monastery grew rapidly and by the 9th century it was already home to more than one hundred monks. Through royal donations and clearing settlements, the property of the monastery could be steadily expanded, even if at the beginning of the founding phase the endowments of arable land still mostly belonged to the monastery in Fulda.

The Byzantine Greek Method of Salonika, who became known as the Slav Apostle, is said to have been incarcerated in the monastery's prison for about 2.5 years as a result of a conspiracy by Bavarian bishops between 870 and 873. Method was released from prison in 873 only after an intervention by Pope John VIII.

Town of Ellwangen developed from these first settlements 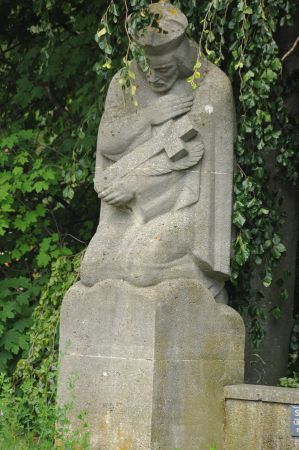 The town of Ellwangen developed from these first settlements of the lay people who lived in the monastery in the course of the 12th and 13th centuries, with the supremacy of the abbot remaining intact. The abbot, who as head of the exemted monastery was directly subordinate to the pope, awarded the municipal offices for one year at a time for a fee. Offices at that time were those of the city mayor and those of the members of the court, from which the city council was founded.

Mostly burned at the stake after the witch trials 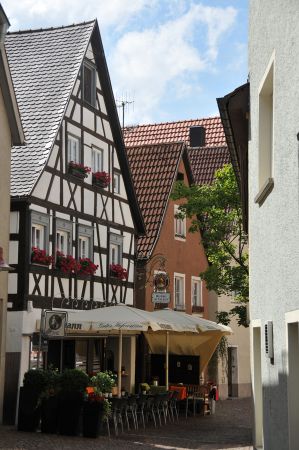 From 1524 onwards, the collegiate preacher Johann Kreß spread the first ideas of the Reformation in Ellwangen, in which he posted 14 articles with reformatory demands on the collegiate church. As a result, Kress was excommunicated by an Augsburg bishop, whereupon the townspeople stood behind him. The canons were even threatened with death and many of them left the city. Only a year later, Mumpach declared the abolition of serfdom and the monasteries were to be converted or destroyed. Above all, Mumpach was the spokesman for the peasants, who eventually united and forced their way into the city and into the castle. On April 26, 1525, the citizens had to accept 12 of the articles. In the further course, about 2,000 farmers plundered through the region, with the Mönchsroth monastery being robbed and the town of Dinkelsbühl being subdued. There was also looting in Ellwangen, so the first resistance was directed against the farmers and they were finally driven out of the city. The farmers, also known as the "Ellwangen Heaps", were finally defeated by the troops of the Swabian League on May 17, 1525, whereupon Mumpach and Kress were captured, sentenced and beheaded in Lauingen on November 7, 1525.

During the years 1588 and from 1611 to 1618 about 450 men and women from Ellwangen and the surrounding area were accused of witchcraft and mostly burned at the stake after the witch trials. Next to the Bishopric of Bamberg, the so-called witch hunts were carried out most intensively in Ellwangen. 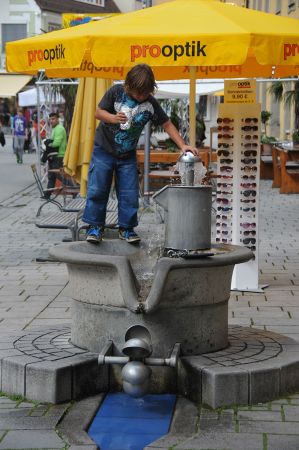 During the 30-year war, there were major outbreaks of disease in the city, killing many people. Ellwangen supported the Catholic League at great expense. On May 22, 1632, the town of Ellwangen was occupied by Swedish troops under King Gustav Adolf. The Swedish king then made the town of Ellwangen a gift for his general governor, Count Kraft von Hohenlohe-Neuenstein. Count Kraft tried to push through the Reformation in Ellwangen by expelling priests and canons and banning the performance of Catholic services. After the decisive battle near Nördlingen on September 9, 1634, Count Kraft von Hohenlohe-Neuenstein also left the town and region.

So much for the short excursion into the recent history of the town of Ellwangen, which contained further interesting information from our hosts through further stories about the Roman period and the course of the Limes line near Ellwangen, which we will report on at a later date. We said goodbye with the simultaneous appointment for another meeting on Saturday after the visit to the Alemanni Museum.