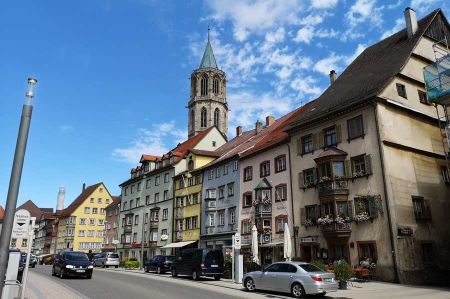 Since we learned that we have to be in Zurich on Saturday afternoon for an interview and for the concert with Loreena McKennitt in the evening, we decided on Thursday evening, together with Patrick,

to leave Strasbourg over the Rhine bridge in the direction of Rottweil along the former Roman road passing the Kinzigtal.

For some weeks we have been in contact with Mrs. Christiane Frank as well as other employees of the management of the Roman road Neckar - Alb - Aare and the Dominican Museum (Mrs. Meyr), who have also expressed interest in our "Cultural journey along Roman roads" and our arrival in Rottweil to present the concept. Via Internet we had a nice chat from the balcony of our guest home in Mrs. Nieblings garden, while Patrick spent the night, as always, in his camper.

The road through the Kinzigtal (valley) is beautifully, but due to the many trucks on this day very much crowdy. So it takes until about 12°`clock, when we finally arrived in Rottweil. Quickly we found Dominican Museum and thus Mrs. Christiane Frank.

The Roman Museum Rottweil - worth seeing and up to date! 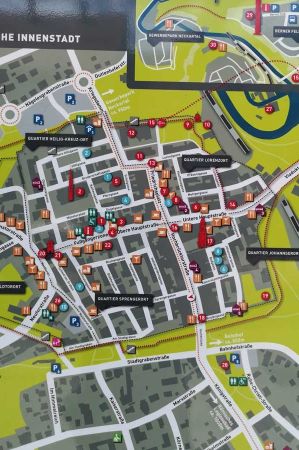 In an adjoining room, we spread out the maps of our planned itinerary, present the basics of the concept and quickly become engrossed in a detailed conversation. Many common approaches as well as first ideas for the integration of the project into local events along the Roman road Neckar - Alb - Aare are considered and explained. Further meetings should take place shortly, as soon as the overall concept is clear.

Of course, we also use the opportunity for a detailed tour through the Dominican Museum, which has a variety of Roman artifacts. Very logical and well presented, there is a variety of artifacts that make the visit to the museum very interesting.

Especially the depictions and details from the Roman baths have impressed us quite a lot, where else you can find an already a 2,000 year old "mixer" for the regulation of hot and cold water flow. The folded lead tubes as well as the representation of the hypocaust heating system were presented very vividly. Our tour was peppered with some really interesting details.

Of course, we also wanted to use the time in Rottweil to look around in the oldest city of Baden Wurttemberg, about 90 kilometers from the gates of Stuttgart. Relatively manageable, we quickly reached the city center with its pedestrian zone, which was also heavily frequented due to the beautiful weather.

Rottweil's history in the Middle Ages quite interesting too 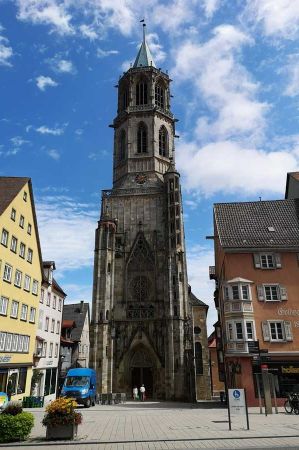 We also take the chance of a tasty Italian ice cream. Waiting in the long queue was absolutely worth it. Tasty, after such a long time. From the tourist information, we received the key to the high tower, which had already caught our eye from afar and would certainly grant a beautiful panoramic view as an observation tower. The way there also showed an interesting picture of medieval buildings in the city center, which left a well-kept and well-preserved impression.

As typical are to mention the appearance of the baffled town houses with the many bay windows for Rottweil. However, just the high tower, the Powder Tower and the Black Gate have survived from the medieval town of Rottweil. The tower, which is quite stately with at least 54 meters in height, was built as a Hohenstaufen humpback quasar masonry with late Gothic structures. Temporarily used as a prison, you can enter two former prison cells after you have managed climbing across wooden stairs. As expected, the view is really gorgeous.

Under Emperor Vespasian Rottweil was founded in 73 AD with the name of Arae Flaviae, who was busy with the construction of the Roman road through the Kinzigtal. Translated from the Latin, Arae Flaviae means something like "altars of the Flavians", which is already suggesting that this should be a center of the imperial cult of the ruling Flavia family. In addition to the facilities of the military camps, the city Arae Flaviae was planned on a total size of 18 hectares and should preserve the legal status of a municipium and thus become one of the major Roman cities in southwest Germany. 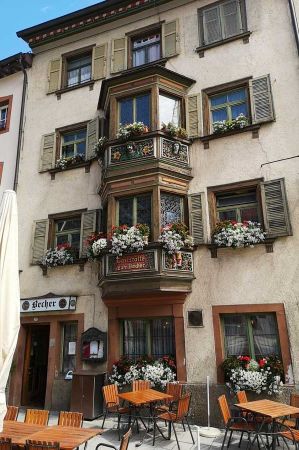 Despite the relocation or reduction of the military camp due to the border shift to the north to today's Germanic-Rhaetian Limes, the flowering of the city steadily increased. This was mainly due to the intersection of the two Roman roads "Kinzigtalstrasse" and the south-north connection from Vindonissa (Windisch) to Grinario (Köngen), which allowed Arae Flaviae to become an important economic location. And that despite the fact that the city was not developed in the planned framework with the desired population. Then, around 260 AD, when the Romans completely lost their supremacy in the region to the Alemanni, the Roman city of Arae Flaviae went down too. Just a little significant settlement remained, from which later Rottweil developed.

The discovery of a writing board in a fountain in 1950 was the first time to prove that Rottweil must be the former Roman city of Arae Flaviae. The finding was a writing tablet that was originally covered with wax and as the writing on it had penetrated the wood, the writing was still recognizable.

On this wooden plaque a legal process was recorded, in which was written about a dispute over dear money. The certification took place in Arae Flaviae. The special feature on this board was that in addition to the naming by name, the addition "municipo" was mentioned, that means "city with Roman city law" was noted. Nowhere else in southwestern Germany is there any comparable proof of what people in Rottweil are particularly proud of, of course. Due to this discovery, Rottweil also referred to as the oldest city in Baden-Wuerttemberg. 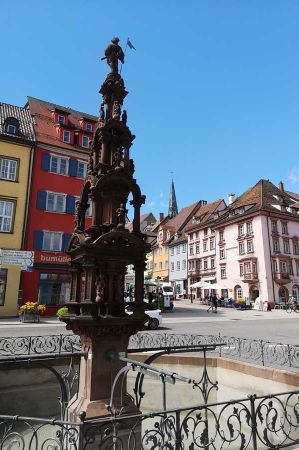 Very well known is the so-called Peutinger map, a medieval copy of a Roman road map, which is now considered as orientation for the course of the tourist road "Roman road Neckar-Alb-Aare". From the Legion Camp Vindonissa (Windisch) it led via Tenedo (Zurzach, Upper Rhine) and Iuliomago (Schleitheim, Canton Schaffhausen) to Brigobanne (Hüfingen), followed by Arae Flaviae (Rottweil) via Sumelocenna (Rottenburg) to Grinario (Köngen).

For the friends of watches, it should be mentioned that Rottweil is located on the German Watch Road and may have the following watches:

- Stone sundial at the Heilig-Kreuz-Münster

- Sundial at Stadtarchiv in Engelgasse 13