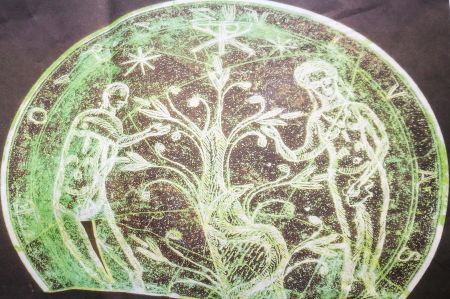 Again we are with our friends Lydia and George in the area of Augsburg for a few days.

Unfortunately, there is a major problem on our vehicle after successful passing TÜV inspection and repair of some small defects, which extends our stopover a little. On the other hand, the heavy, wet, cold snowfall is also not really inviting to be out on the streets. Time for further research on the ancient Roman city of Augsburg, in addition to the fact that new and remodeling work in Augsburg has just been made interesting Roman finds in the city known as Fuggerstadt possible. But one by one.

The founding year of Augsburg is the year 15 BC., as this year a legionary camp, which later also served as a replenishment depot, was built on the territory of today's district Oberhausen. Emperor Augustus had given the order to build the legion camp to his two stepsons Drusus and Tiberius. According to the founding date, Augsburg would be the second oldest city in Germany after Trier, whereby this can´t be evaluated according to various criteria. On the other hand, it is certain that Augusta Vindelicorum was one of the largest Roman settlements north of the Alps after Augusta Treverorum, today's Trier.

In the first century, the settlement of Augusta Vindelicorum was formed around the camp, before the turn of the century. In the year 121 AD, Emperor Hadrian granted it the Roman town charter. Augsburg was Capital of the Roman province of Raetia from about 95 AD., which extended to northern Italy. It is not known exactly when Augsburg became provincial capital; However, some archaeological finds indicate that Kempten (Cambodunum) had this function until the late 1st century AD.

Already in the 16th century, humanists collected the visible legacies of Augusta Vindelic (or) and published them in exemplary works: Konrad Peutinger and Markus Welser appeared with detailed representations to the public. In addition, they preserved, like other private collectors, many Roman works of art and remains of posterity in this way. 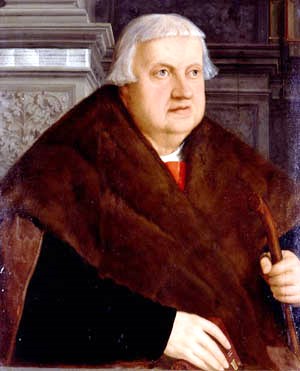 Even today, parts of the collection of Roman stone monuments can be seen in his former Augsburg residential building, the so-called Peutingerhaus. His work Inscriptiones Romanae (Augsburg 1520) and the Tabula Peutingeriana named after him, a late antique road map of the Roman Empire, which later turned out to be one of the most important sources of this period, are of paramount importance. Peutinger had received the map in 1507 from Conrad Celtis in Vienna and then prepared a publication, which came about after his death. He also wrote the first edition of the Historia Gothorum of the Jordanes and the Historia gentis Langobardorum of Paulus Diaconus.

In his hometown Augsburg the Peutinger-Gymnasium reminds to him today

A systematic research began in the 19th century, institutionalized by the establishment of a Roman Antiquarium in 1822, the predecessor of the Roman Museum, and by the establishment of the Historical Association of Swabia in 1834. Special merit to the ancient history of Augsburg acquired Johann Nepomuk of Raiser and Moritz Metzger. The excavation activity in Augsburg is hampered by the fact that the entire area has been overbuilt for centuries and thus only a few spaces remained open.

In the archaeological investigations in the course of the renovation of the retirement home St. Afra, the city archaeologists have now come to other interesting results: At this point - in the heart of the former Roman city - was once the military camp, which must have burned during riots at the time of Emperor Nero. In the second century, the Capitol and Forum of the provincial capital Augusta Vindelicorum was built. The largest part of the forum is presumed under the garden of the abbey and the gymnasium of St. Stephan.

Particularly impressive are the foundations of the forum structures, which are very well preserved for Augsburg conditions, with partly rising masonry made of tufa blocks. The archaeologists suspect three-storey buildings due to the width and strength of the foundations. Together with builders and architects on the construction site of the retirement home, a solution has been found to preserve these walls in the area of the new building for posterity. They are to be integrated into the conversion of the retirement home in the small Carmelittengässchen and thus remain permanently.

Also at the Kolping building site Roman finds have been made

City archaeologists have also made surprising discoveries at the Kolping construction site in the center of Augsburg. On the one hand, the archaeologists came across the remains of a Roman house. Usually, the stones of the Roman buildings were removed over the centuries and reused for other projects, as well like in other locations. 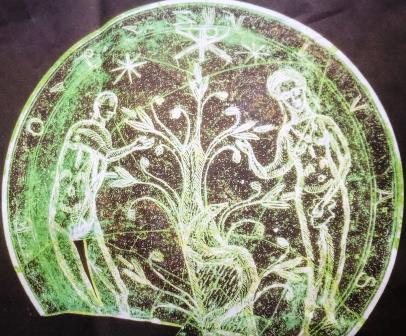 This meant that in Augsburg today - unlike in other cities - above ground, no more Roman structures can be found. "The remains of the found Roman cellar from the second century AD have apparently been forgotten," says excavation leader Günther Fleps. Now they reappear at the excavations on Jesuitengasse.

On the other hand, the antique house stood in the center of the Roman city, not far from the Forum, the central square with a temple. The residents of this neighborhood may have been upper-middle-class Romans, possibly merchants or administrators. The residential area was north of West Street, an important Roman road that led from Augusta Vindelicorum to Gaul.

Right next to the remains of the ancient dwelling house, the city archaeologists made another extraordinary find: a sacrificial pit from the first century AD with extremely well-preserved votive offerings for the gods.

Not only a cattle skull, food particles such as egg shells and shards of amphorae appeared in the pit. "Amphorae were the tetrapacks of the Romans," said excavation leader Günther Fleps. However, the excavation team is especially pleased about extremely well-preserved ceramic vessels with a potter's stamp. At the time of the Romans they were expensive imported goods from Gaul. According to Fleps, the ceramic is of so high-quality that it could be exhibited when there is another Roman Museum in Augsburg. Last but not least, a pitcher and a lavishly decorated oil lamp were found in the sacrificial pit. "The objects deposited here clearly had a consecration purpose," says Fleps.

The walls of the ancient house there also prove that the Romans were prudent master builders. Even then there were sophisticated techniques that are still used in principle today: the original stone cellar was protected from moisture with a special screed. In the later conversion into wood construction they pulled a thick layer of clay as a substructure for the soil.

On the walls, the archaeologists found parts of murals in red, white and yellow. They were executed in fresco technique. The excavation team even came across a "Roman graffiti", a carved inscription with letters and numbers. "It's probably a name," says Fleps. More detailed investigations should clarify this question at a later date.

It is interesting how much the urban environment of the Romans has changed in a few centuries. When they came, the roads were about two meters deeper than today. Several times we had also reported on this phenomenon of such immense deposits within a few centuries, most recently on the way in Thessalonica Via Egnatia, which sometimes runs up to 6 meters below today's city level. When the Romans left Augsburg, they were just below today's level. This is also shown by the excavations. The reason for this change: Many houses were demolished again or burned down. The building rubble was distributed. Thus, the terrain was significantly higher within about 200 years. This deposit pattern is also very well visible in Elbasan in Albania, where about one third of the former Roman fortification still exists. About 4 meters of city wall viewed from the outside, show only part of the actual thickness of the former fort. Only when passing and descending into the interior, the height becomes clear.

This is also shown by the excavations. The reason for this change: Many houses were demolished again or burned down. The building rubble was distributed. Thus, the terrain was significantly higher within about 200 years. 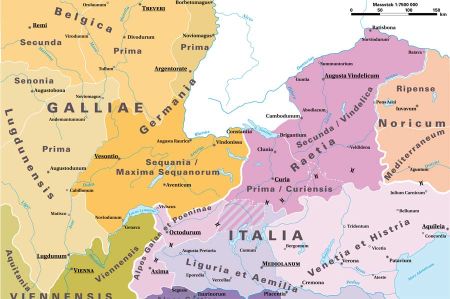 According to new research, the Neckar-Odenwald-Limes was created in the year 98 AD under Emperor Trajan, at the same time as the secured construction of the Roman highway from Mainz via Bad Cannstatt to Augsburg. A connection of these two strategic building projects with the relocation of the capital of the province of Rätia from Kempten to Augsburg is obvious, but has not yet been positively documented.

In 260 AD, the Germanic Juthungen invaded Italy and Raetia and abducted thousands of Italians. On their return march, however, they were defeated in a two-day battle by the Roman governor and put to flight, as evidenced in 1992 by Augsburg Victory Altar. In 271 it came to repeated attacks of the Juthungen and other tribes for the siege of the city.