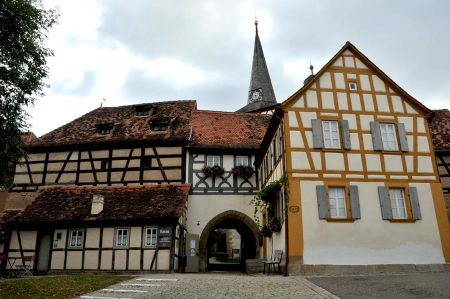 On Sunday morning, after we had had another great breakfast with interesting conversations, Brita suggested that we go on a day trip from Kitzingen to the Mönchsondheim fortified church.

We had often noticed the term fortified church in connection with medieval towns, but we didn't really know what it meant.

Establishment of a farmers' and craftsmen's museum 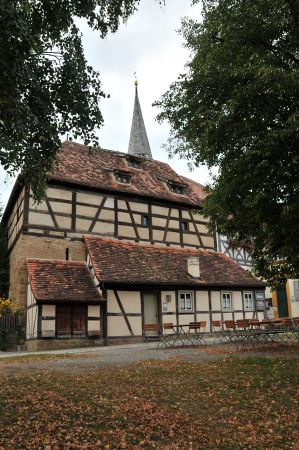 So of course we were excited, and the fortified church in Mönchsondheim is now to be understood as a large museum spread over several buildings in the town of Mönchsondheim near Iphofen.

We quickly covered the few kilometers through the southeast of the Franconian Kitzinger Land in the Steigerwald foreland, especially since there was hardly any traffic on the country roads that morning.

During the drive, Brita was able to provide us with some information, so that we at least knew about the background to the establishment of this open-air museum.

As early as 1981, the buildings, some of which were still in private use, were converted into a farmer's and craftsman's museum, which later included the entire fortified church.

Presentation in the office of the museum management 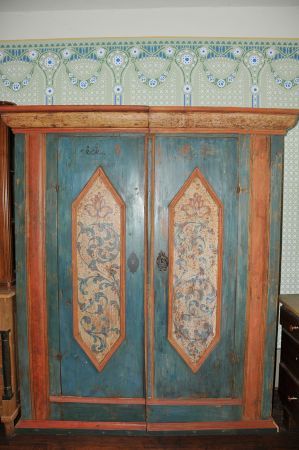 We parked our vehicle in the immediate vicinity of the former school, which is also part of the museum area.

After a brief introduction to the office of the museum management, we began the circular route, first going directly through the castle gate to the first building of the craft museum.

A bit dark at first, the eye quickly becomes accustomed to the various workshops from the Middle Ages, which were furnished with loving effort and great care.

We were particularly struck by the countless hand tools of the various professions, which we rarely saw assembled in such large numbers. These tools alone, which were used into the 18th and sometimes even into the 19th century, are worth a visit to the museum. 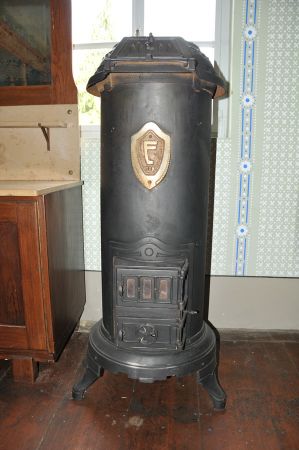 Of course, the half-timbered buildings around the church were also extremely worth seeing.

Almost in its original condition, you could take a deep look at the architecture and the materials used. In the center of the village stands a small Baroque church, which was almost in a circle surrounded by the buildings of the handicraft workshops.

The center of the village was almost like a wagon complex, which was surrounded by heavily fortified outer walls around the church, which only had a few loopholes as openings.

The craftsmen's houses, also referred to as gaden, contained the workshops of the blacksmith, wheelwright, shoemaker, carpenter and potter, to name but a few. A typical medieval village picture, here in Mönchsondheim from 1688.

Original furniture from the 1920s 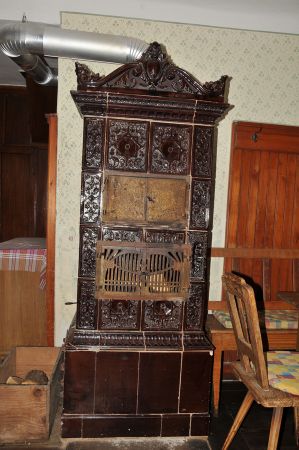 During the tour we discovered a lot of details that we photographed with great interest, be it the tools or other aids inside the buildings. The artistic work of the red clay shingle roof coverings was also simply fascinating to look at.

We left the interior of this building, which offered protection against robbers, through the small gate of the church castle and went to the baroque inn "Zum Schwarzen Adler", built in 1790, whose owners must have worked in agriculture and cattle breeding as a sideline in addition to the inn.

At least that's how it was to be taken from the building equipment.

Own vineyards and a small home brewery are also part of the facilities. In addition to displaying original furniture from the 1920s with a bowling alley from 1909, the inn now also serves as an exhibition building for special exhibitions. 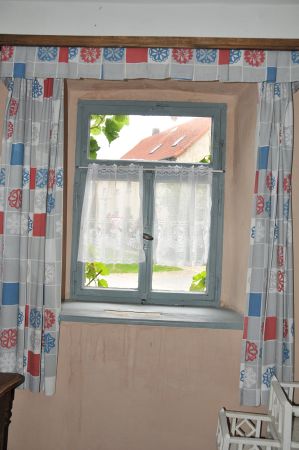 We leave the inn and now turn to the school, which still contains a colorful variety of equipment, some of which we even know from our school days. The pupils' tables and benches, however, date from much earlier origins.

The past that has almost come to life lets us take a seat on the benches and decipher the sayings left on the blackboard in old German script. Even after so many years, it still works quite well, especially since the memory of a "Northwest German reader" suddenly comes back to mind.

After the school building, cross the street to the town hall from 1557, which is also a half-timbered building and, in addition to the offices, also houses the local bakery.

Here, too, some rooms are furnished so convincingly that you can easily take yourself back in time.

Variety of tool collections and the preparation of the craft rooms. 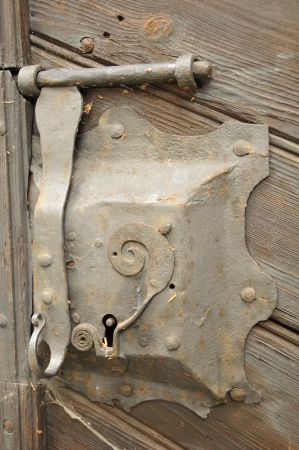 An interesting tour then ends at our vehicle and we return to Albertshofen, not before having stopped at a nearby inn.

An excursion that we can heartily recommend.

In addition to the really successful restoration of the buildings, it is the large number of tool collections and the preparation of the craft rooms that convinced us. A great short trip destination.

Rewa - the Reff sandbank and the Amber Road