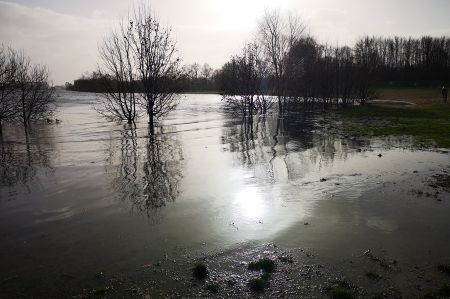 If you like the wind, you'll certainly go out into the fresh air when it's really blowing, at least that's our attitude and that's how we marched out to the Weser during our visit to Bremen.

Partly strong gusts could not deter us, especially since a flood of the Weser was announced that should make itself felt from the North Sea to Bremen.

Weser - flooding due to river straightening 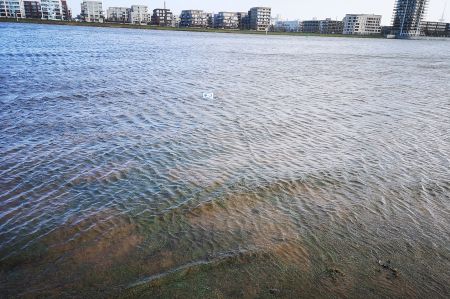 The course of the Weser and, above all, its bed volume, based on the width and depth of the riverbed, has changed significantly over the centuries because of construction work. While the Weser near Bremen was initially a heavily tortuous river with numerous shallows and islands, it has mainly been straightened and deepened on a large scale since the Weser was straightened under the direction of master builder Ludwig Franzius. These corrective measures, which included deepening to five meters and strengthening the banks on both sides, began at the tidal limit (as far as the effects of the ebb and flow of the North Sea go) in Bremen and continued to the mouth of the river, a total of 80 kilometres. In addition, the mean high water was now more effectively pushed inland to Bremen, which resulted in an economic upturn in the port there. 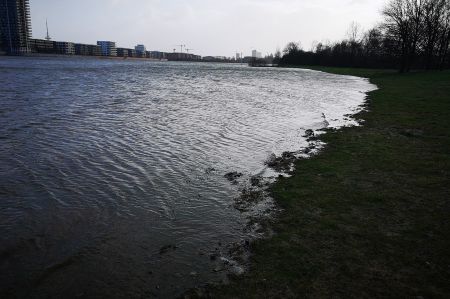 On the other hand, because of straightening and fortifications, the river lost most of its natural flood plains. As a result, the water masses had less room to manoeuvre due to the now narrower width of the river. The tidal range, which was only about one meter around 1900, increased to several meters because of the expansion measures, which is always a natural spectacle, since animals that live in the North Sea then also find their way to Bremen. We were lucky enough to meet a sea lion that had made it to Bremen despite the high water. 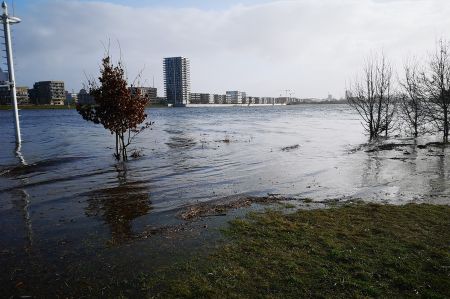 Storm surges in the North Sea pose a particular risk of flooding for Bremen. Like inland floods, they usually occur in the months from November to March. This often leads to massive flooding, as hurricanes force the North Sea water into the estuary of the Weser, preventing its own outflow and thus damming it up. The flood wave rolls upstream from Bremerhaven and reaches the city of Bremen within about three hours. The Weser, which has been severely narrowed and straightened, can absorb little of the energy of the waves coming up in the urban area, which is why high-water levels develop very quickly. There is also a risk that the storm surges will also push into the Ochtum and the Lesum, causing them to swell and burst their banks, which could result in the urban area being flooded from three sides at the same time. A particularly dangerous situation is the coincidence of storm surge and inland flooding in the city of Bremen. 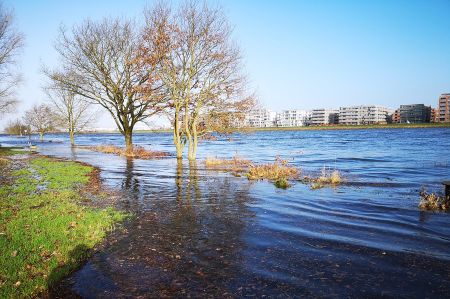 When we arrived on the banks of the Weser, we could immediately see the effects of today's flooding - the sand strip and the quiet meadow were completely flooded, the footpaths on the actual bank edge were washed over. The flood had reached the first groups of bushes and trees that had served as a windbreak on previous visits to the sandy beach. Estimated water level about 2.50 meters above normal high water. Add to that the whipping wind – northern lights, what more could you ask for?

A tour to the Mühlviertel and hiking along Feldaist