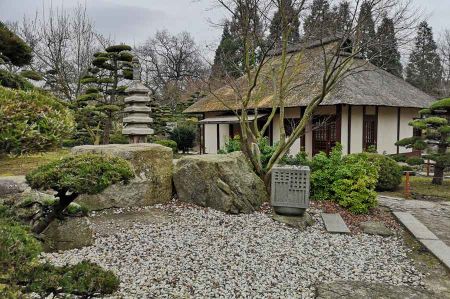 We were on the road again in Hamburg, this time to the Camping Show ooh, which was just ending in the exhibition halls at the Congress Centre.

In addition to the large number of residential and camper vehicles, we were particularly interested in the practical roof tents and other equipment for the outdoor area. At lunchtime and already fairly tired, we wanted to take a little rest outside, what was more obvious than visiting the Japanese Garden, which is located between the Congress Centre Hamburg (CCH) and Hamburg-Messe.

The Japanese Garden was created in 1990 according to a concept by the Japanese landscape architect Yoshikuni Araki. The garden is the largest of its kind in Europe. At its centre are a small lake and the rustic Japanese tea house, which opens onto the water with a terrace. The tea house is accessed through a wooden gate that symbolically delimits the intimate area. Tea ceremonies and many other events are held here in the summer months.

Aesthetics and philosophy in Japanese gardens 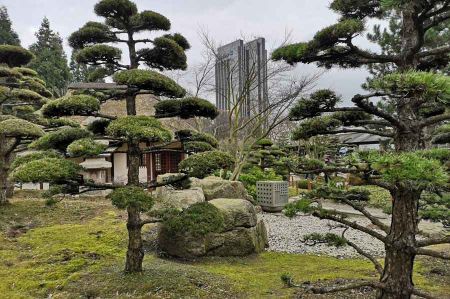 Now, in winter, bare and without water, there were actually no important incentives, but that could not stop us from visiting the park. How beautiful it must be here in spring and summer when, in harmony with East Asian aesthetics and philosophy, plants, rocks and water blend into an idealized, reduced image of nature. Here visitors, leaving the hustle and bustle of the big city behind, will fully reflect on the elements of nature and on themselves.

And despite the murky grey at that time and despite its strict design, the Japanese garden blends unobtrusively into the park landscape. Together with the Japanese landscape garden on the other side of the exhibition hall, it shapes a central area of Planten un Blomen. We were surprised to find many blooming flowers.

Expression of Japanese philosophy and history 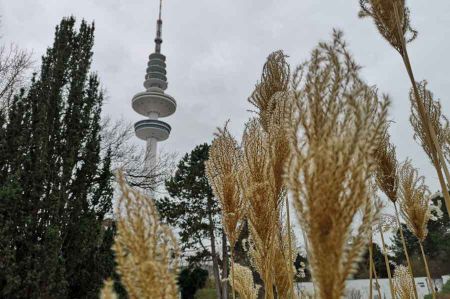 Japanese gardens are an expression of Japanese philosophy and history. Such gardens can be found partly on private property, in city parks, at Buddhist temples or Shinto shrines and at historical sights such as old castles.

A special form to which many of the most famous Japanese gardens belong is the Zen garden in Kare-san-sui style, in which water and larger plants are completely avoided. These rock gardens have also become popular as miniatures in the form of a box about thirty centimeters wide for the desk. In contrast, the tsukiyama style (artificial hills) depicts mountains of stones and small hills, and a pond represents the sea. So it's practically a miniature landscape. 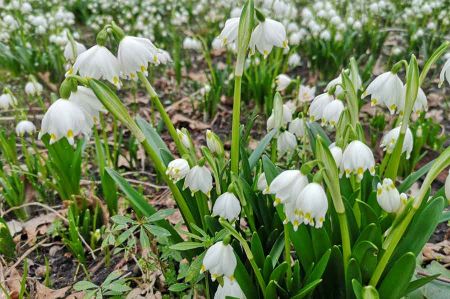 Such gardens are usually planned in great detail. In order to fully understand them, it is necessary to learn to read them properly. In addition to the theoretical knowledge of the design and the handicraft technology, the installer of the garden must be able to feel comfortable in the given location in order to harmonize the garden with the surroundings.

The gardens are designed so that their visitors can make numerous discoveries. Usually, a view from a different perspective leads to a completely different impression of the same system, which is achieved by an asymmetrical, decentralized arrangement. Bumpy, uneven paths are also popular for letting visitors walk through the garden with interest. Straight paths are only used to direct your gaze in a certain direction. Depending on the type of garden or the attitude of the visitor, you can - instead of strolling around - settle down in one place and take a close look at the garden and let it take effect.