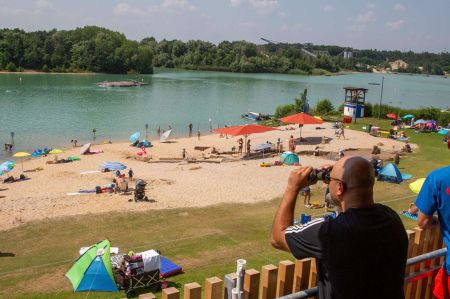 Rodgau is part of the Rhein-Main metropolitan area, one of the economically strongest areas in Germany, so it is not surprising that we were invited to a working lunch in the region.

Rodgau is located in the Lower Main Plain, the northern foothills of the Upper Rhine Plain. The rather flat direct catchment area of ​​Rodgau is supplemented by the nearby low mountain ranges of Spessart, Taunus, Vogelsberg and Odenwald as well as the Bergstraße, all of which are local recreation areas, above all the Rodgau lido "St. Tropez am Baggersee”, serving the population. The border to neighbouring Bavaria runs just a few kilometres away on the Main.

Destruction of entire half-timbered ensembles after the war 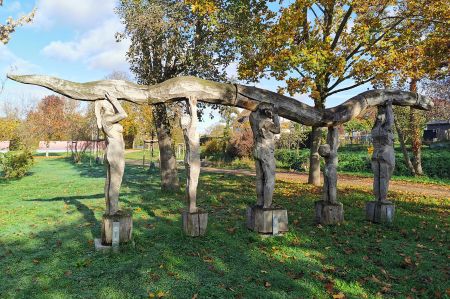 Due to the history of its origins, Rodgau does not have a historic town centre. A lack of awareness of the value of old buildings led to the destruction of entire half-timbered ensembles in the old towns, which today form Rodgau, especially in the post-war years. It was not until the early 1970s that existing historical buildings were systematically recorded and classified according to monument protection criteria.

It was not until 2010 that the Rodgau history trails were created through the cooperation of all seven Rodgau homeland and history associations, local politics and the city administration. 42 uniformly designed information boards on buildings or areas mark historically important objects throughout the city. 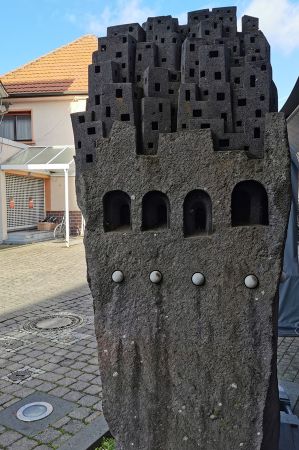 The five earlier village churches from the 13th to 19th centuries still mark the old town centres. They were renovated in the 1990s with the support of the parishes, the municipality and many volunteers and restored to their original condition. The Gothic tower of the Matthias Church in Nieder-Roden, built around 1300, is the oldest surviving building in the town of Rodgau. In the churches themselves there are art-historically important objects from different epochs. The late Gothic altar of Mary in the Catholic parish church of St. Matthias in Nieder-Roden, which dates from around 1520 and is attributed to the Riemenschneider workshop, deserves special mention.

About a third of the urban area consists of forest, another third of agricultural land and water areas, the remaining third of residential, commercial and transport buildings. The Rodau stream flows through the entire city area over a distance of 15 kilometres. 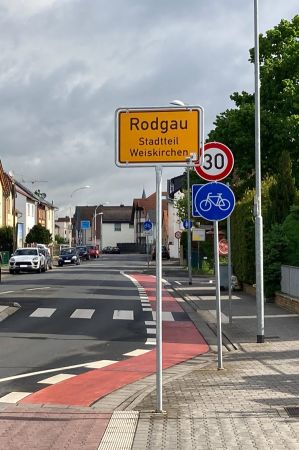 The city of Rodgau increasingly has a well-developed network of cycle paths and cycle paths that connect the five parts of the city in cooperation with the Allgemeine Deutscher Fahrrad-Club (ADFC). Since 2005, the signposted Rodgau circular route has led through fields and forests all around the town. At 42.1 kilometres he almost reached the marathon distance. To the right and left of the S-Bahn line, a 14 km long, paved cycle path from Rollwald to Weiskirchen connects all parts of the city. There are special bicycle parking spaces with racks and lockable rental boxes at all S-Bahn stops. 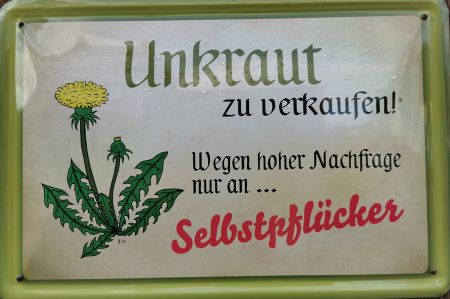 Rodgau only became known nationwide through the hits of the band Rodgau Monotones, for example “St. Tropez am Baggersee” (which actually exists in Nieder-Roden) or “Have mercy on Hesse”. The Rodgau Monotones received the Culture Prize of the City of Rodgau in 1983 and the Citizens' Medal in Gold in 2009, the city's highest award.

The old imperial city of Goslar – a first tour