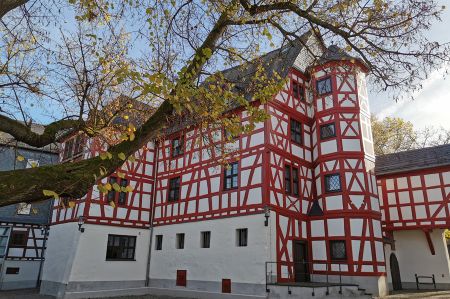 Our tour of Bad Camberg had almost come to an end, at least according to our schedule, when we came across other imposing buildings: the so-called Amthof with the town and tower museum, which unfortunately had already closed.

Of course, our interest was immediately aroused by the wonderful half-timbered house that had been restored in colour, so we passed through a large entrance gate into the inner courtyard area of ​​the Amthof.

Amthof with town and tower museum 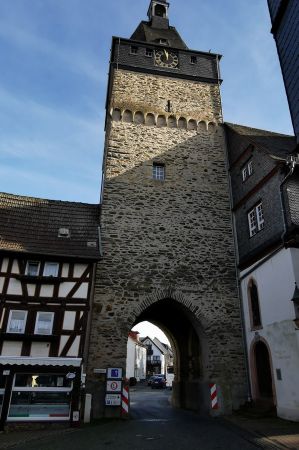 Surrounded by the half-timbered houses and the remains of the city wall, which are absolutely worth seeing, the Amthof building determines the image of the historic old town, because the ensemble is one of the longest half-timbered buildings in Germany, as we found out when reading the information boards. The facade of the half-timbered building built in 1605 is over 155 meters long. Until 1815, the Amthof was the seat of the senior bailiffs of the Camberg Electoral Office. Today, the city administration of Bad Camberg resides here. Many exhibitions, workshops and information events take place in the Amthof gallery every year.

The representative building was erected in 1605 on the foundations of the previous building. In the years that followed, up to 1669, it was further expanded and the original three individual courtyards were merged into one overall ensemble. With the dissolution of the office in 1815, it lost its importance. In 1942 the city acquired the Amthof. In 1989 she had it extensively renovated. 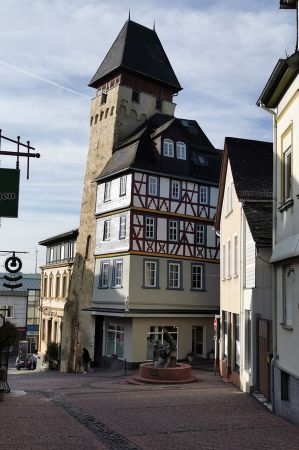 Incidentally, Bad Camberg was first mentioned in a document on February 6, 1000, when the then Cagenberg farm was donated to the Burtscheid monastery in Aachen. A good 350 years later, Camberg received city rights and was subsequently fortified. An impressive remnant of the city wall built between 1365-80 is the Obertorturm, which also adorns Bad Camberg's coat of arms. It rises 32 meters above the city. The Untertorturm is popularly known as the Leaning Tower of Bad Camberg. A slope of 1.44 meters at a height of 21m makes the reason for this name impressively clear. 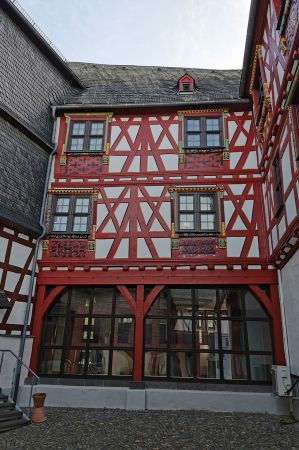 The City and Tower Museum and the Amthof Gallery enliven the building and make it a part of the here and now with its exhibitions.

The Amthof Gallery emerged from an initiative by artists from Bad Camberg and "Goldenen Grund". It offers the public the opportunity to get to know artists from the region and their work in changing exhibitions.

The museum vividly conveys the town history and local history of Bad Camberg and the surrounding area.

The Hohenfeld Chapel as a museum space, the large hall for local history, the gallery for the former local crafts and the rooms of the four-storey tower form the overall complex. 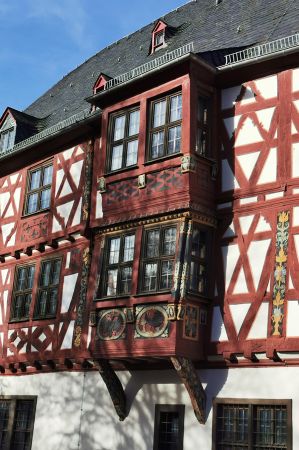 A special department provides information about the deaf and hard of hearing in Nassau.

Exhibits on the following topics are housed in the Obertorturm: fire brigade, cooper trade, Kneipp cure, forestry, carpenter trade, carnival and watchman's apartment. Under the roof of the Obertor tower, from the former bedroom of the tower family, there is a wonderful panoramic view.

Riding E-bike to the Sösetalsperre near Osterode