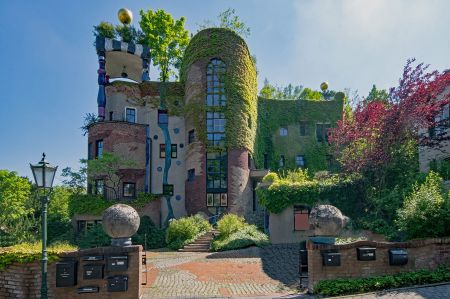 We were traveling in the Taunus and that's how we came to Bad Soden, where you can still find springs in many places, including many warm and salt springs, so that Soden has now become Bad Soden.

The springs were already known in Roman times, so it can be assumed that the Romans bathed in the warm springs in sods and sometimes also extracted salt. However, there is no written evidence from this period. When drilling at the springs, however, shards of clay pots were found, which can probably be traced back to the manufacture and work of the Romans. Furthermore, there are also old remains of a castle on the castle hill in Soden, which were apparently partly built from old Roman bricks. 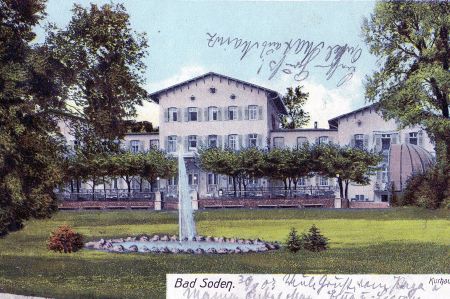 During further investigation of the village of Soden, builders found four salt springs and one warm spring.

In 1605, the Gaiß brothers received permission from the city of Frankfurt to build a salt works.

However, many conditions had to be met for the construction, the main focus being on covering the salt requirements of the city of Frankfurt.

In addition, a sale of the saltworks was only possible through the city's senate. By then, many residents had tried to build a salt works.

However, without an agreement with the Frankfurt City Council, no saltworks could be built. At first, the citizens of Soden were reserved and quiet. But little by little, dissatisfaction arose as they saw their property rights violated. 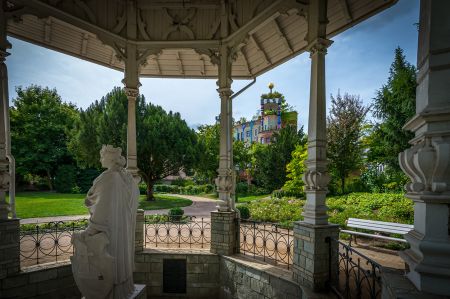 In December 1612 there was a riot. The population cut the lines to Frankfurt. After the military was also unable to put down the riot, an agreement was reached with the city of Frankfurt to reduce the salt supply and to give the Sodener Saline more freedom.

As a Reichsdorf, Soden was known in the Middle Ages for its salt and warm springs, and later, until the 1990s, as an internationally renowned health resort.

Today, Bad Soden is a place with healing springs and an important living and working area west of the city of Frankfurt am Main. Like the neighboring towns of Königstein im Taunus and Kronberg im Taunus, Bad Soden is known for its upscale and expensive residential areas with a number of villas. 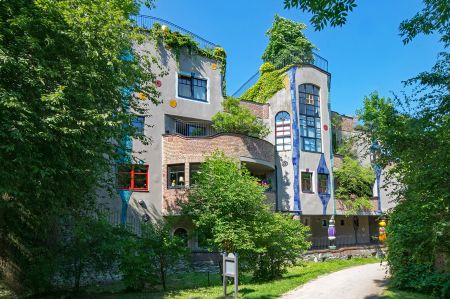 The house has 17 completely different apartments from 120 to 230 square meters and a nine-storey, 30 meter high tower.

This Hundertwasser house, which is often used as an artistic motif, was also designed by the artist Friedensreich Hundertwasser, who died in 2000.

The most famous buildings by the Viennese artist are the "Hundertwasser Residential House" and the "Art House Vienna" in Vienna. 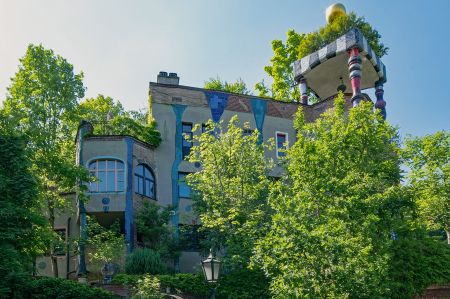 In addition to the Hundertwasser House in Bad Soden am Taunus, there is also the day-care center he designed in Frankfurt-Heddernheim and the "Waldspirale" residential complex in Darmstadt.

The architect Peter Pelikan translated the artist's ideas into a buildable form; the foundation stone was laid in November 1990. The first Bad Sodener Kurhaus, the Haus Bockenheimer from 1722, was integrated into the building complex.

The rooms in the house are spacious, often merge into one another and have parquet floors, some with tiles. In addition, 650 square meters of space are available for commercial premises. 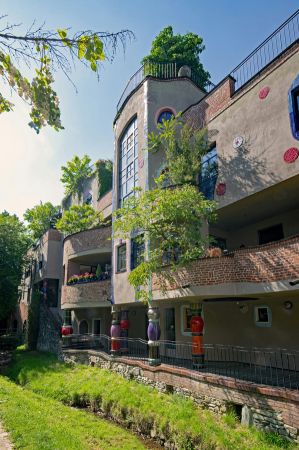 Since the Hundertwasser house was built on the headwaters of the Solquelle, no excavation pit could be built.

It stands on 251 concrete piles, which are anchored in the groundwater on the rocks.

The pile construction is neutral and does not damage the springs. After the construction was completed, however, the brine dried up.

A complex project had to be started to create a new passage to the well. The spring now pours twice as much water as it did before the house was built.

This can only be explained by the fact that an unknown subterranean tributary was cut off.

An inside inspection of the house is not possible.