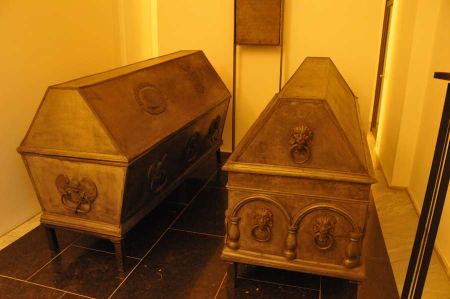 To the northwest of the Castle, in the center of Oldenburg, the architecturally wonderful building of St. Lambert's Church can be visited that is often referred to holy St. Lamberti.

Because of its dark walls and the high number of towers the St. Lamberti Church from the outside almost looks like a castle. Remarkably, from a constructive point of view, is the contrast between the facades and the exterior design of the church, which promises an almost typical style of the region to be designated as neo-Gothic hall church and then shows the interior of the church surprisingly as neoclassical Rotunda. Whoever enters the elongated church building, will find himself surprising in a bright, light flooded Rotunda, which acts much smaller than indicated by the external building dimensions.

Since 1795 the interior of St. Lambert's Church is designed as a Rotunda. The Oldenburg Duke Peter Friedrich Ludwig had had his time to rebuild the interior, were left at the stand as the rectangular outer walls of the old Gothic church. In 1885 and 1887, the church was also rebuilt in neo-Gothic style. To the existing main tower, which is 86 meters high, moreover, four corner towers and a unified facade of bricks were added. Lamberti church became the largest building in the city of Oldenburg and the bell tower still dominates the city skyline.

When exactly was started with the first construction of St. Lambert's Church, is still largely unknown. Mentioned in a document of the place "Aldenburg", it was first introduced in 1108, but a church was not mentioned. Since the High Middle Ages the first church was being built between the former castle and the settlements of ancient Oldenburg. It probably was a single-nave Romanesque church which was built by the Earls of Oldenburg, a royalty family, which were responsible for building the Oldenburg castle in the midst of the 12th century as their residence too. The exact date of foundation is unknown, it is likely between 1180/81 (return from exile) and 1200. In the year 1237 the first "Pastor"(priest) of Oldenburg appeared beside the Pastor (priest) of St. Nicholas Church in a document. The priest John of Oldenburg is one of the witnesses of a transfer of ownership to the monastery Rastede. This can be differentiated indirectly infer the existence of a church in Oldenburg. The preserved and occasionally late Romanesque chalice church was created around 1265. 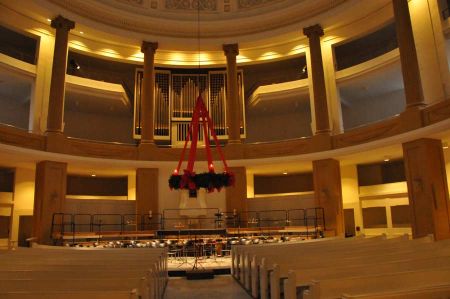 In the 14th century five altars are currently installed in the Lamberti Church. 1345 the settlement Oldenburg was awarded the town charter and the church therefore to be a city church. 1377 the Lamberti church became a collegiate pin. It then had eight canons and thus more preachers than before. From this it can also be an increase to nine altars included (for each canons and their abbot each one too). The Count House initiated this survey, the canons should "serve propagation of worship and the salvation of the counts and their ancestors" to.

The importance of Saint Lambert for the House Oldenburg was also reflected in the establishment of Auricher Lamberti Church by the Oldenburger count to the year 1200. By 1400 numerous alterations and enlargement of the church building to a late gothic hall church were made. At the instigation of Count Dietrich of Oldenburg, the choir was extended to the east and closed with stained glass windows in 1436. Several windows were donated by the gentry and notables inhabitants from Bremen.

The Reformation in Oldenburg started in the year 1527. The city became Protestant and held sermons in German. Around 1550 the canons did not have any new generation following. Then some of the church altars were removed, but the church exterior was not changed. 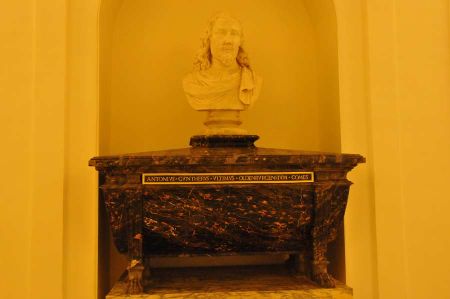 With the death of Count Anton Günther in 1667, the impact on the history of St. Lambert's Church finishes up to this point and Oldenburg fell under the domination of the Danish Royal Family.

In 1813 the freestanding bell tower was demolished to create additional space for the marketplace. The now tower-less church was ridiculed by the poet Heinrich Heine and compared to a theater. In 1873, finally, a tower was built in the west of the church. In 1968 the interior of the church was turned again to allow the installation of a large organ.

In the rooms of the church offices, next to Rotunda, some sarcophagi from the Middle Ages are exhibited and some details about the former dominions Oldenburg are published on some fixed boards for information of tourists.

Jever - city stroll along the parks around the old city