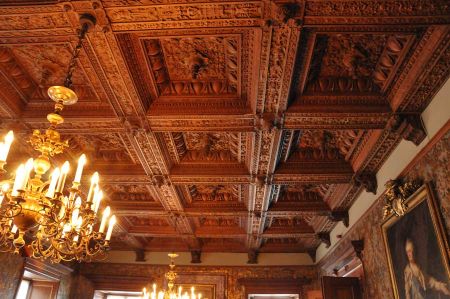 It is next to the beer known as one of the landmarks of the city Jever in Frisia and shows a variety of artifacts about the city and the surrounding history of the past centuries: the Castle Museum in Jever's Castle.

The museum itself conveys deep impressions about the former peasant-bourgeois life of the region. It shows objects from clothing and fashion history as well as sumptuously decorated ceramic and porcelain products and earthenware of the 18th and 19th centuries. Constantly changing exhibitions, lectures, concerts and other events provide a varied program. The museum is visited of around 60,000 visitors each year who mainly come as a summer guest to the North Sea coast.

Of particular importance and very true to life are the made-up premises, represented in the historic rooms of the castle that reflect the living culture of the 16th to the 19th century. The results are impressive realities of one's own mind's eye, which may put the visitors back to the time of the late Middle Ages. For example, it illustrates how artful floor decorations are designed with simple sand that still has a practical background, the floor is scrubbed clean by the user, is then together with the fallen crumbs swept along and replaced with new sand.

Absolute showpieces of the castle and included in the tour are the Audience Hall with its in oak carved coffered ceiling from the late Renaissance, the princely gallery and precious tapestries of the late 17th century that in their designs refer to the eventful history of the castle and city.
From the 67 meter high castle tower, which is open from 1 May until 30 September, there is in clear weather conditions an impressive panoramic view over the expanse of the Frisian coastal landscape.