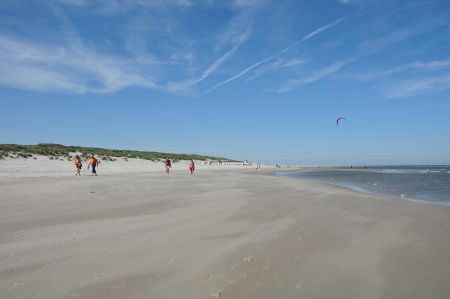 Due to the high tide time of the next day, which also fits well, we had planned the crossing to the island of Spiekeroog for the next day immediately after returning from our mudflat hike.

The ferry crossing to Spiekeroog is the only one of the East Frisian islands that is tide-dependent, which means that the island can only be reached depending on the respective high water level. If you want to go to Spiekeroog as a day tripper, the highest water level, i.e. high tide, should be as early as possible in the morning and then on your return in the late afternoon. This leaves enough time to explore the island extensively.

Suitcases and souvenirs stowed in the handcarts 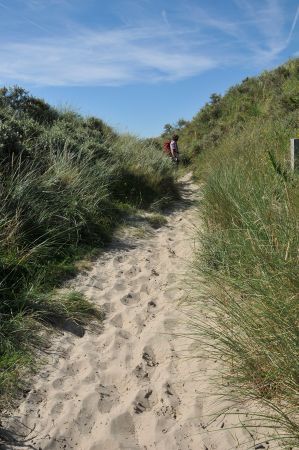 Due to the high water in the early morning, we were able to use the ferry at 8.45 a.m., because it is only a few kilometers from Jever to the ferry departure point in Neuharlingersiel on country roads with little traffic.

So we were on board early and were able to watch the hustle and bustle of the ferry passengers and the loading of the ship. Since Spiekeroog does not have its own airport like the other North Sea islands, the entire island post has to be handled by ferry in addition to the daily delivery of groceries and freight.

As on most North Sea islands, there is no motor vehicle traffic on Spiekeroog, here all goods are transported with battery-powered barrows, handcarts or bicycles. In this respect, one can speak of real traffic-calmed zones.

Stunning views of the sea and the huge sandy beach 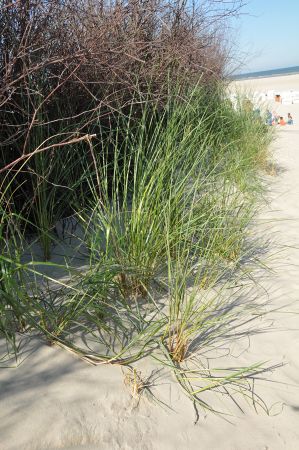 The ferry crossing to the port of Spiekeroog takes only 45 minutes, which flies by with all the activities on board. Once moored in the port, the throng of "carriers" from the hotels and private guesthouses immediately rushes at the arriving guests. Suitcases and souvenirs are stowed in the carts and off you go to the respective accommodation. If you don't want to walk around the small island, despite the really short distances, which could always be covered on foot, you should bring your bike with you, because there are hardly any rental stations for bikes.

It's only a few minutes' walk to the village of Spiekeroog, so we made our first stop at the Kurmittelhaus, roughly in the middle of the village. Here we provided ourselves with some information worth reading about the island, plans for the footpaths, some of which are beautifully situated in the middle of the otherwise protected dunes. Of course, our way first leads us to the beach, because the desire to see the endlessly long, white sandy beach was huge. 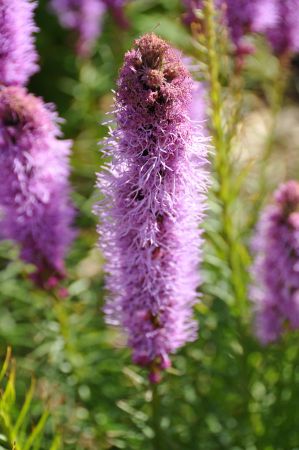 On the paved footpath that rose slightly towards the sea, we reached the highest point of the beach dune after about 800 meters, which allowed a breathtaking view of the sea and the huge sandy beach. You could let your gaze wander far out into the German Bight, because the visibility was excellent. Even the Roter Sand and Alte Weser beacons were still visible in the distance. The shipping traffic towards the Weser is also brisk, so we were able to spot some highly laden container ships and two cruise ships. Arriving at the sandy beach, we walked at the foot of the dune behind the wicker beach chairs along the bathing beach in the direction of Wangerooge, whose western tower was clearly visible.

Our eyes were then drawn to some kitesurfers who knew how to use sometimes strong wind for their sport. A little further we went on a narrow hiking path through the dunes in the direction of the viewing platform, the highest point on the island at around 24 meters. Just walking through the dune landscape with its different plants and animals is worth the long journey and a visit to the island. Despite the late season, there were still large fields of heather in full bloom, resulting in a constantly changing picture of colors and terrain design.

Typical island houses, small and squat nestled between the dunes 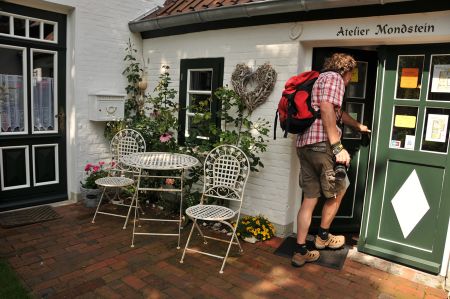 Once back in the town center, after a snack in the Inselfleischerei, we looked for the curious shell cabinet in the Kurmittelhaus, which is probably also unique in the world with its type of exhibition. In addition to some times hilarious naming of the exhibits, it is above all the really wide range of mussel specimens that impressively reflects the diversity in the world of mussels. It was simply fascinating just to compare the sizes of the mussels, or the functions of the shells with regard to their living environment. An absolute recommendation for every visitor, should a rainy day make a visit to the beach impossible, for the interested oceanographer almost a must.

Now it was time for a tour of the town itself, because we wanted to at least take a look at the small, peculiarly crouched island houses that have defied wind and weather for centuries. The design of the doors and windows was interesting, and the shape of the roof is simply different from that on the mainland. Of course, with progress due to growing tourism, the shape of the buildings has also adapted. But you can still find the typical island houses, small and squat nestled between the dunes. Just lovely to look at and photograph.

Setting evening sun for some photos of fishing boats 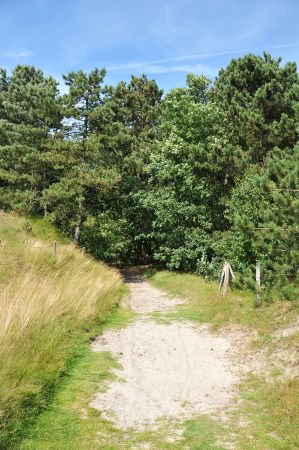 After the tour, there was enough time to stock up on ice cream, which could be enjoyed on the central lawn in the town center. The stream of passing day tourists prompted us to return to the ferry, where a queue of day visitors was already waiting for embarkation. The return journey through the fairway at 5:30 p.m. also ran without problems, despite the fact that large areas of the Wadden Sea were still exposed, in which only the tidal creeks carried water, despite renewed flooding. After arriving at the port of Neuharlingersiel around 7 p.m. we wanted to look for a local fishmonger, but that was too late because all the stalls were already closed.

So we walked around the harbor basin again, used the glorious evening with the setting sun for some photos of fishing boats that were being prepared in the harbor for the next trip to catch crabs, because crabs are always fished when the water is running up. A little later we went back to Jever to our accommodations, where we had a hearty beer or Alster at the end of the day. A worthwhile excursion in every respect, despite strong winds and therefore limited bathing. Recommended for imitation.