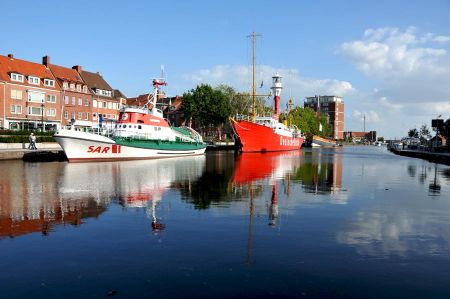 After our walk through the fishing village of Greetsiel, we went back to Emden, where a short tour through the city, should end our day trip to Ostfriesland completed by Laura.

As the largest city in East Frisia, Emden has a long tradition of more than 800 years as a Frisian trading center due to the excellent location at the mouth of the river Ems directly on the North Sea, which in modern times has also attracted large industrial enterprises such as: the Volkswagenwerk and the North Sea Cooperation. 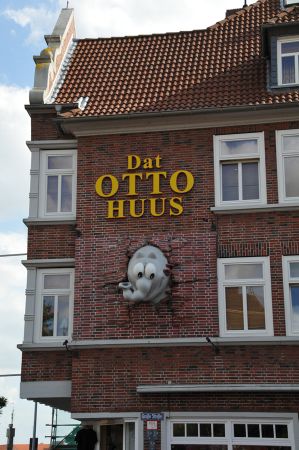 Perhaps even more important for the increasing popularity of Emden were, however, two people, who are still able to inspire their fans: Otto Waalkes and Karl Dall. Dall, who has been a guest in many talk shows and other events as a comedian for years, became known with Insterburg & Co. with Ingo Insterburg and Peter Ehlebracht, especially in the 70s and 80s all over Germany due to their curious instrumental activities together with quite interesting texts.

Probably everyone knows the name of Otto, who filled the halls early on with his one-man shows and later became world famous with his films and figures. Today a museum is dedicated to him and his figures shown in Emden, which is worth a visit.

Already from a distance, you can see the elephant, which crosses the wall, right next to the harbor.

Emden merchant ship in the port documents of London 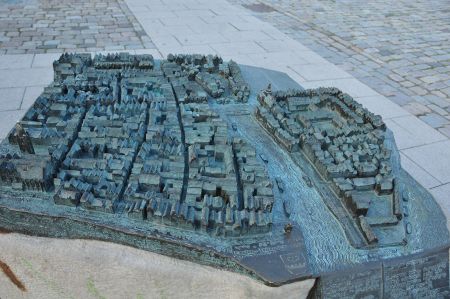 So it is not surprising that today's Emden has a comprehensive cultural program with a variety of events, which are also attended by guests from the surrounding area from Oldenburg or Wilhelmshaven, whether concerts in the North Sea Hall or exhibitions and events Envisages of famous artists in the Kunsthalle. Not to be forgotten are the tourists, who come in 6-digit number annually according to Emden local authorities.

When the first settlement of a Frisian on the Ems began, the birth of Emden was not far off. Thus the first documentary mention a settlement came from 1224, when an Emder merchant ship is mentioned in the port papers of London. However, at the time, Emden still consisted of a few houses, which were laid on a shelter to protect them from floods.

Wanted to force the release of Störtebeker 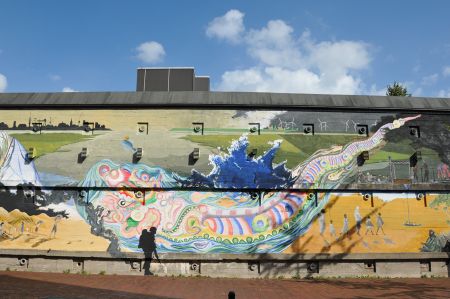 Later, this inconspicuous place became quickly known by constant conflicts with the Hanseatic League. Hamburg's powerful trade union, because Emden belonged, among other places in East Frisia, to the retreats of the pirate Klaus Störtebeker, after his prey against the Hanseatic League. Here, for the visitor to East Friesia, the place was called Marienhafe, whose church tower was, as a retreat for Störtebeker, of particular importance. Today the church tower can be visited through a narrow aisle within the masonry, which was regarded as the secret rise of Störtebeker. For the visitor almost a must to experience history. As a result, Emden was repeatedly occupied by Hanseatic forces, who wanted to force the publication of Störtebeker. It was not until 1447 that the Hamburgers finally left from Emden. 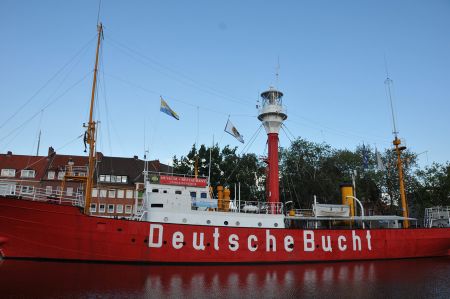 The Damian flood of the year 1509 was to emerge as a setback for the development of the city and the harbor, as the course of the Ems changed enormously. Before the flood catastrophe, the Ems ran up to the city in a bending curve, curving up into the river, almost straight down into the Dollard, far from the harbor, which threatened the landing of the harbor. Dredging a fairway was then hardly imaginable and of high financial costs. As there were only some kind of embankments at the time, the loss of people was a huge problem.

In fact, large parts of today's urban area were only dumped at the beginning of the 19th and 20th centuries, which means that large areas were flooded. As a result, the soil was of first-class quality in terms of fertility, but the risk of flooding and the associated risk to life and limb for the new settlers was immense.

A water level of 3.59 meters above sea level 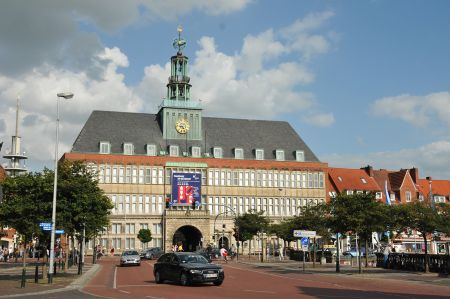 Violent storms in autumn or spring are often the reason for storm floods, which continue to pose a great threat to the coastal inhabitants. Thus the flood of the All Saints reached a level of 3.59 meters above sea level on November 1, 2006, which is also the highest level ever measured in Emden above the tidal high water. Here the entire outer harbor, which is not protected by dikes, was completely flooded. In the further course of our tour we still could see some marks of high water level, which creates a shiver trickle over the back when thinking about the height of the water. 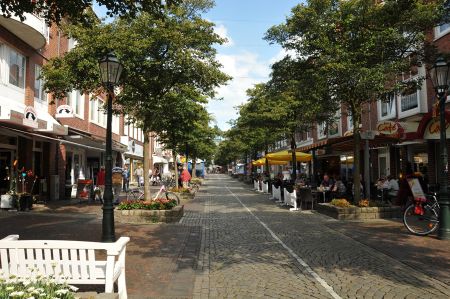 In the meantime, we had worked our way into the pedestrian zone and had already looked into some shops along the street. Interesting was the supply of organic products in a shop, so the Laura spontaneously decided to cook Spagetti Bolognese, but without the use of mince. Instead of the meat she used soybeans, the difference to mince was hardly noticeable. After the meal, there was an ice cream from one of the Italian ice-cream parlors in the city center, which we enjoyed at the harbor basin, the view of the patterned distressed cruising ship and the beacon ship, which are now anchored in the harbor as museum ships. Another attraction includes another ship, which is now used as a restaurant. At all, the city is also home to a large number of young people, mostly students.
Emden is worth a trip.

Metro Izmir - ancient artifacts in the Station of Cankaya

Tirana - Capital in Change to Modernity