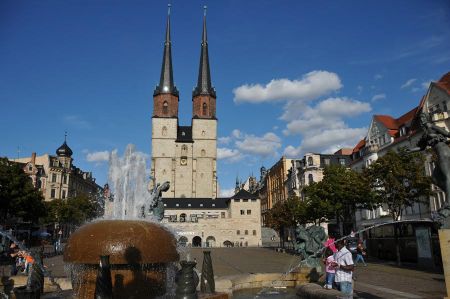 As already mentioned, our accommodation in Halle - Saale was so centrally located in the city centre that we made several spontaneous decisions on our way to the city centre.

In addition to some shops in the fashion sector that are reasonably priced, we particularly liked an Indonesian quick kitchen, which brought delicious dishes to the table for little money. Detlef had taken time for the early afternoon to take us on a walk packed with explanations through the old town and the directly adjacent park along the Saale.

Historical background of the city of Halle 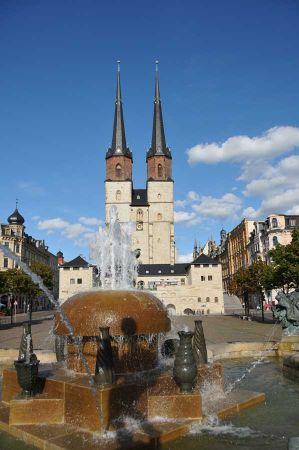 The origin of the first settlements in the Halle area probably goes back to the geological peculiarity of finding salt springs in the region. Excavations that were carried out in the course of structural measures on the market in the city centre demonstrate the importance of salt for the city. The first settlers were probably groups of the Hermunduren, followed by fishing and warning, which are later also referred to as Thuringians, as well as the Wends, who all referred to the place as Dobrebora. When the Franconian caretaker Karl Martell was able to conquer the region in 735, he had the first collegiate churches built in Merseburg and Magdeburg and gave his fighters the Dobrebora salt works with the knight's flag "Knights of Our Lady Brotherhood". For the first time around 806 the place name Halle appears indirectly as "Halla" in the Chronicon Moissiacence. The wealth from the salt production also led to the continuous expansion of the city. Until the 12th century, the archbishops had the right to extract salt. Slowly the guild of the Pfänner came into being, who, as free entrepreneurs, were able to transfer the feudal shares in the solgoods into free property. 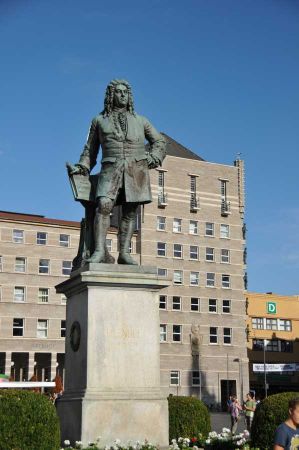 Over the years, as early as the 12th century, a self-confident bourgeoisie emerged, which in 1263 concluded a contract with the Archbishop of Magdeburg, Rupertus, in which it was recorded that no further brine fountains were allowed to be built by the church, and indeed no castles themselves were allowed to be created within a mile of Halle. The guild of the Pfänner had become so powerful that they determined the politics of the city in the centuries that followed. In 1281 Halle was mentioned in a document as a member of the Hanseatic League. With the preservation of the city rights, the construction of a heavily fortified tower between the weighing machine and the town hall began in 1341, which served to safely accommodate the city's privileges until 1835. By 1890 Halle had grown to over 100,000 citizens, which meant that the status of a large city was achieved.

City tour in Halle also leads to the Saale 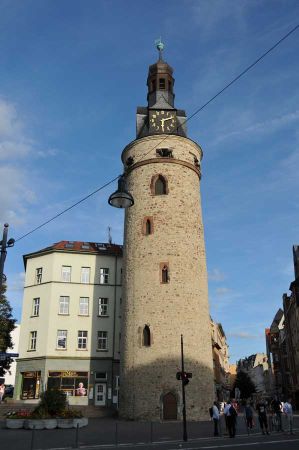 Our first course led almost automatically to the market square in the city centre, which with the market church, the Handel monument and the red tower forms much more than just an important landmark of the city of Halle. Here is the centre of the city, the traffic routes and means of transport from all directions meet. Today a huge square designed as a pedestrian area, the market square is also the city's tourist attraction. Around 1418 the construction of the red tower had started, a bell tower "for the glory of God and the city of Halle as well as the whole area for adornment". With the construction of Moritzburg, which was originally built as a fortress by Archbishop Ernst in the north-west of the city in 1478, Halle lost its almost 200-year urban independence. The church was able to subordinate the once self-confident citizenship again.

Halle - the starting point for social-humanistic education in Germany 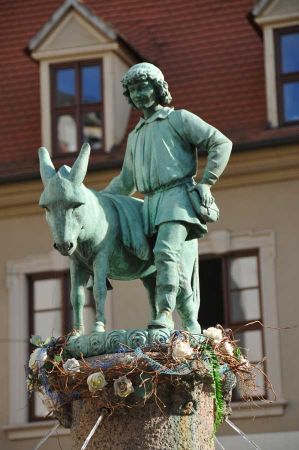 Our way also leads us to the university buildings and we learn that the Martin Luther University Halle is one of the oldest universities in Germany. As early as 1694, the Ratswaage building on Halle's market square was converted into the future main building of the University of Halle. Initially with four faculties, the University of Halle, the “alma mater halensis”, quickly grew in its supra-regional importance and developed into a centre of early civic education. There were close links with the Francke Foundations established by August Hermann Francke in 1698, which also led to the establishment of the 1st Canstein Bible Institute by Baron von Canstein together with August Hermann Francke. Halle is considered the starting point for social-humanistic education in Germany. In 2015 a decision is to be made as to whether the Francke Foundations will be included in the UNESCO World Heritage List.

When the Dupont division of Bernadotte's corps was able to storm the city of Halle in the course of the Napoleonic Wars on October 17, 1806, Emperor Napoleon also visited the city. One of his first actions in Halle was the dissolution of the university. The Ratswaage, the aforementioned main building of the university, was converted into a hospital, and later even into a slaughterhouse. 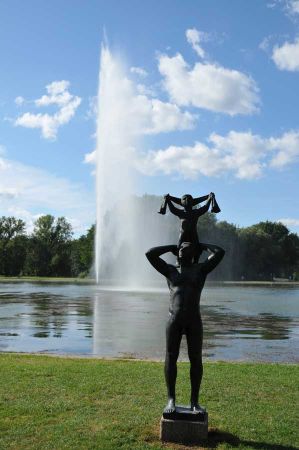 The city is also regarded as a forerunner in questions of mobility when it comes to advanced means of transport. The first horse-drawn tram was operated on rails in Halle as early as 1882 and as early as April 1891 the tram was able to dispense with horse-riding thanks to electrification; the Halle Stadtbahn was founded by operating three railway lines. Halle is therefore the oldest operator of an electric tram network in Europe.

We also passed the State Museum of Prehistory, which is particularly well known as the exhibition site for the Nebra Sky Disc. In addition, there are always highly frequented special exhibitions, so that we later decided to visit the State Museum. We discovered another, so not suspected facility, in a side street - the Beatles Museum in Halle.

Now it's up to the Saale 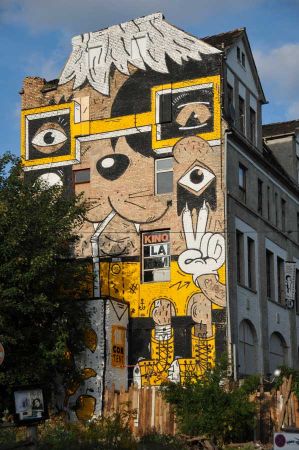 Detlef then leads us through the city centre to the Saale, which, divided into several branches, flows through the city. We also walk along the Mühlgraben, where water power was previously used to operate the stone mill, the Kröllwitz paper mill and the Neumühle. In general, we recognize that the city centre has an almost island-like character, because it is ultimately four branches of the Saale that divide the city into 6 larger island areas, the Rabeninsel, the Saline-Insel, the Preißnitzinsel and the island of the Ratswerder and the Würfelwiese as well as the Goat Meadow Island and Forstwerder Island. The Raven Island in particular is a nature reserve with large alluvial forests. Huge green spaces that you would not expect at first and that are used for recreational activities, sports and recreation.

So we also use the walk along the banks of the Saale a little to relax and unwind until Detlef invites us to a restaurant ship on the Saale for a coffee. Here you can really relax, the river and its greenery appear to be so calm and wonderfully natural. No trace of the city bustle and hustle and bustle. We watch canoeists and rowing boats go about their leisure time on the Saale.

Back to downtown Halle 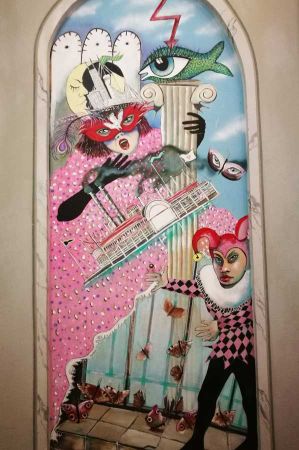 Our way back takes us again via the market square and the market church “Our Dear Women” with its four towers, including the Red Tower, an ensemble that gives the city centre its own face. Halle was very fortunate to have an old town that was almost completely spared from bombing at the end of the Second World War, so that the old town centre has been almost completely preserved, also almost unique among German cities. The city's mot famous sons are the baroque composer Georg Friedrich Händel and the former Federal Foreign Minister Hans-Dietrich Genscher, who will be remembered forever just because of his address on the balcony at the German Embassy in Prague.

Stolberg - the pearl of the southern Harz