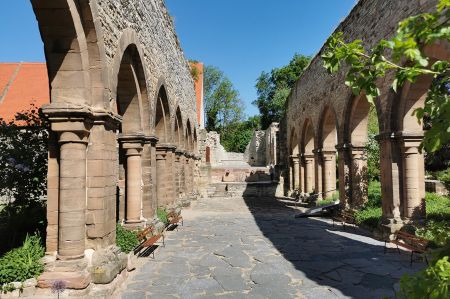 The small town of Memleben on the Unstrut gained great importance during the Ottonian period in the 10th and 11th centuries during the development of the East Franconian Empire into the German Empire.

At that time, the imperial palace of Memleben was a popular and important place of residence for the kings and emperors of the Ottonian family and was often visited by them. We have passed the Kaiserpfalz a few times, it was always closed due to the pandemic. With the increasing loosening, there was finally the opportunity to admire the inner architecture as well. 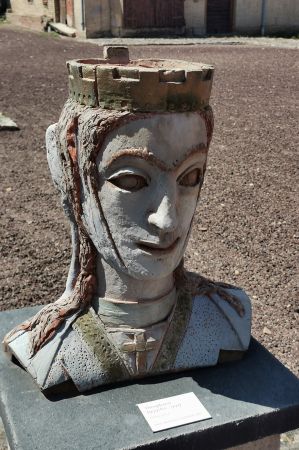 In 975, Otto II and his wife founded the Benedictine monastery in Memleben in honor of their deceased father, Emperor Otto I. It quickly became one of the richest and most important imperial monasteries.

Otto II imposed the honorable prayer commemoration for himself, his wife and the deceased father on the monks in the monastery.

However, as early as 1015, 13 years after Emperor Heinrich II took office, he disenfranchised the Memleben monastery and placed it under the Hersfeld monastery. Henry II had no interest in this Palatinate and never visited Memleben.

With which the decline of the great importance of the place on the Unstrut began.

Monastery and Palatinate from today's perspective 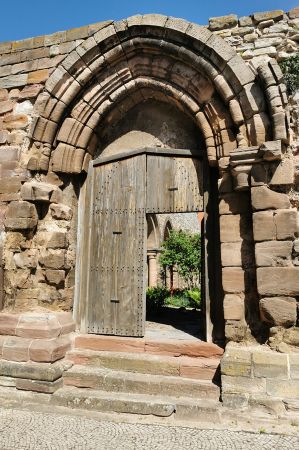 Unfortunately, the walls of the Palatinate have not survived the centuries and the exact position of the former complex is not known today.

But the uncovered floor plans of the imposing monastery church testify that one of the largest church buildings of the Ottonian period was built here.

An informative exhibition reports on the stays of kings and emperors at the turn of the millennium and life in the monastery in Memleben.

The restored monastery farm buildings, the amazingly well-preserved monastery crypt and the idyllic monastery garden make the place an attractive destination and one of the pearls in the Unstrut Valley, which can be explored excellently by bike.

Monumental church from the 10th century 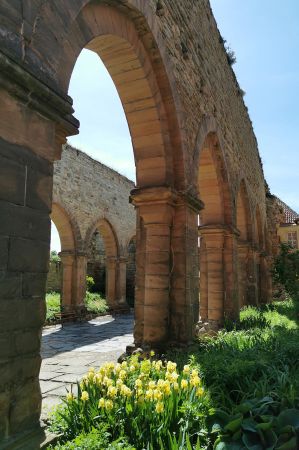 Although no structural remains have been found from the old Palatinate, some parts of the wall from the monumental church of the 10th century, such as the south-west transept, the south nave wall and a not inconsiderable part of the south-west crossing pillar, still stand.

It is a double choir of immense dimensions (length 82 meters, width 39.5 meters). The floor plan is archaeologically secured and is clearly presented by a paving.

The construction of a new, smaller monastery complex began in the 12th century. Of the monastery church, which was completed in the first half of the 13th century, the late Romanesque crypt deserves special mention. 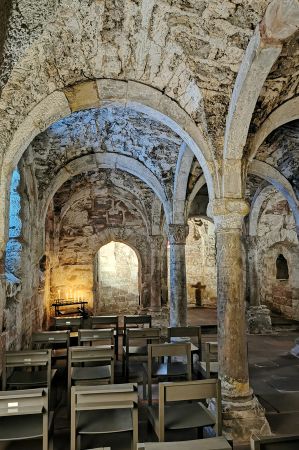 It is the only room in the monastery complex that has been preserved in its original condition.

The church's early Gothic arcades in the central nave characterize the romantic character of the entire complex. Life-size silhouettes can be seen on the pillars in the nave.

The entire complex is now used as the "Museum Kloster und Kaiserpfalz Memleben". A recreated medieval monastery garden as well as numerous exhibition areas that fill the former cloister building give the visitor a picture of the importance of the town of Memleben, the building history of the monastery, Benedictine monastery life and medieval book production in a so-called scriptorium. 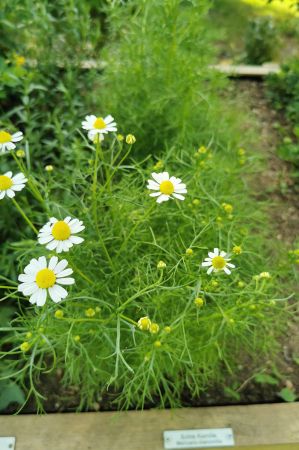 The municipality of Memleben was awarded a special prize for the further development of the Museum Kloster und Kaiserpfalz Memleben by the Economics Minister of Saxony-Anhalt in 2008 as part of the Romanesque Prize.

The reason given for the award was that two permanent exhibitions, a monastery shop and the museum-educational offer "Living Monastery" were created through the commitment of the municipality, administrative community and support association, which we can only confirm after our investigation.

The bike path along the Unstrut - Memleben monastery