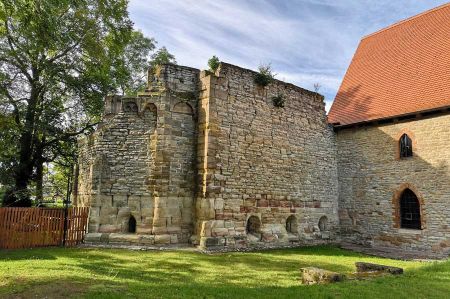 We were cycling along the Unstrut river, where we came across the small town of Memleben, which is part of the Kaiserpfalz community in the western Burgenland district not far from Nebra and Freyburg.

Since October 2008, the remains of the Memleben monastery have belonged to the Memleben Monastery and Imperial Palatinate Foundation, a municipal foundation that received additional donations from the State of Saxony-Anhalt.

After around 500 years, Benedictine monks again moved into the Memleben monastery for a week in August 2011. These came from the Benedictine abbey of Münsterschwarzach. As part of the “Lively Monastery” program, visitors were able to attend prayers in the crypt, take part in thematic discussions or copy the Benedictine rule in the scriptorium under the guidance of the monks. The museum educational events during this week were also accompanied by the monks. A continuation also took place in 2012 and 2013. Very close by and as part of the research for the finds from the Nebra Sky Disc, the Friedrich Schiller University Jena discovered, among other things, an Iron Age storage pit with the skeleton of a goat on the Wendelstein mountain. Other finds indicate that the site was already used in the late Bronze Age. 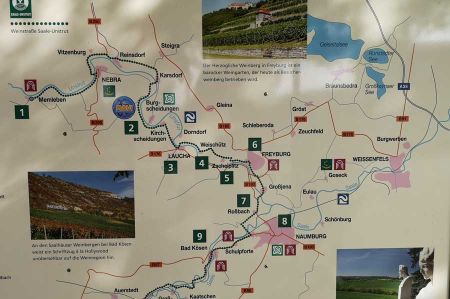 The significance of the more than thousand-year history of the town of Memleben grew under the reign of the first Saxon king of the East Franconian Empire, Heinrich I, who died here on July 2, 936, probably after a stroke. His son Otto I also stayed frequently in Memleben, where he issued important documents several times. The place thus gained importance throughout the empire. Otto I also died in Memleben, probably on May 7, 973. According to Widukind von Corvey, his body was buried in the Marienkirche in Memleben. The son of Otto the Great, Otto II, founded and built a Benedictine monastery in honour of his father at the beginning of 979, which he continued to support with numerous donations.

Memleben's heyday ended in 1015. Heinrich II, the successor of Otto III., on November 16, 1002, the year he took office, had confirmed to Abbot Reinhold the privileges guaranteed by his predecessors, such as free election of abbot and bailiff, and the monastery even with the three imperial abbeys of Fulda, Corvey and Reichenau which were legally equated, but 13 years later he revised this decision and made Memleben monastery again subordinate to Hersfeld monastery.

The Memleben Monastery in the course of history 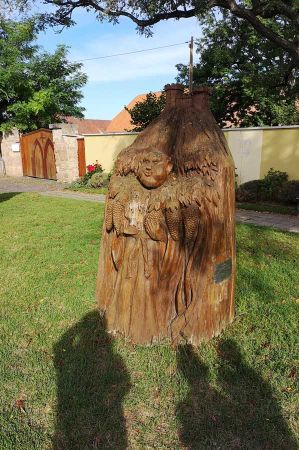 In 1525 the monastery was plundered by rebellious peasants, and in 1548, after increasing decline as a result of the Reformation, it was finally closed. In 1551 the associated goods were confiscated by the Saxon Elector and given to the Pforta State School, which had just been newly founded. They kept it until the end of World War II. Memleben belonged to the Electoral Saxon Office of Pforta as an exclave from 1551 until 1815.

In 1641 the French looted Memleben, killing 164 people. In 1722 lightning destroyed the roof of the old monastery church. Years later, the church began to be demolished. Today the remains of this church can still be seen and are well worth a visit. In 1763, the site was almost completely destroyed by fire, and in keeping with the appearance of the site, most of the old buildings have been lost. Through the resolutions of the Congress of Vienna, Memleben came to Prussia in 1815 and in 1816 was assigned to the Eckartsberga district in the Merseburg administrative district of the province of Saxony, to which it belonged until 1944. In 1936, Memleben celebrated its thousand-year history under National Socialist rule in memory of the 1000th anniversary of the death of Heinrich I.

After the Second World War, a large state-owned estate (VEG) was founded in Memleben, which also acquired ownership of the former monastery. A lot has been structurally changed, new barns, stables, apartments, and offices were created. During the time of the GDR, VEG Memleben carried out intensive grain breeding in the fields of the region, so there were also huge pig fattening systems and cowsheds in Memleben. 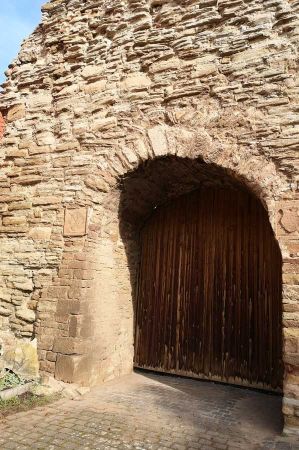 Although no structural remains of the old Palatinate have been found so far, some parts of the wall still stand from the monumental church of the 10th century, such as the southwest transept, the southern nave wall and a not inconsiderable part of the southwest crossing pillar. It is a double choir of immense dimensions (length 82 meters, width 39.5 meters). The floor plan has been archaeologically secured and is presented by paving.

Construction of a new, smaller monastery complex began in the 12th century. Of the monastery church, which was completed in the first half of the 13th century, the late Romanesque crypt is particularly noteworthy. It is the only room in the monastery that has been preserved in its original state. The early Gothic central nave arcades of the church shape the romantic character of the entire complex. Life-size silhouettes can be seen on the pillars in the nave.

Today's use - a magnet not only for cyclists 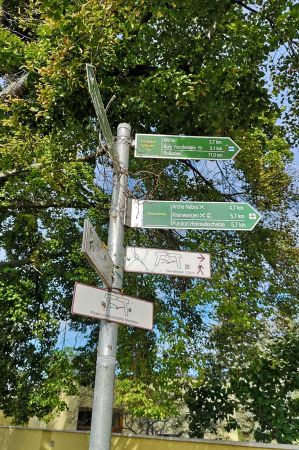 The entire complex is now used as the "Museum Monastery und Kaiserpfalz Memleben". A modelled, medieval monastery garden as well as numerous exhibition areas that fill the former cloister building give the visitor a picture of the importance of the place Memleben over the building history of the monastery up to the Benedictine monastery life and the medieval book production in a so-called scriptorium. Guided tours, educational museum events and cultural events enliven the former Benedictine monastery.

The municipality of Memleben was awarded a special prize worth over 10,000 euros for the further development of the Museum Monastery und Kaiserpfalz Memleben by the Saxony-Anhalt Minister of Economics in 2007 as part of the Romanesque Prize. To justify the award, it was said that the commitment of the community, the administrative community and the support association had created two permanent exhibitions, a monastery shop and the educational museum offering "Living Monastery". The monastery is a station on the Romanesque Road.

Since October 2008, the remains of the Memleben monastery have belonged to the Memleben Monastery and Imperial Palatinate Foundation, a municipal foundation that received additional donations from the State of Saxony-Anhalt.