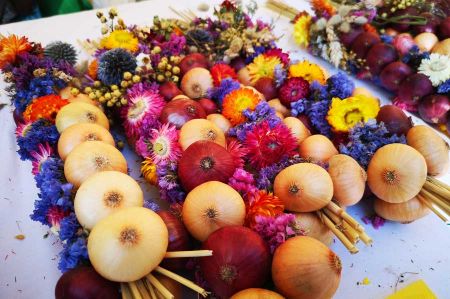 The origins of the Weimar onion market probably go back to the Middle Ages; it was first mentioned on October 4, 1653 as the "cattle and Zippel market".

The last part of this old German expression has been preserved to this day in an adapted way as the Zippelmarkt. In 1872 its duration was fixed at one to three days in October. After 1900 it was limited to one day, in 1949 the second Saturday in October was set as the date. It has only been held for three days again since the 1990s. In the course of time, it changed from a market for fruit and field crops to a folk festival with up to 360,000 visitors.

In 2021 it was the 368th anniversary of the onion market. It can therefore be one of the oldest folk festivals in the area. The event was first mentioned in 1653, when the residents of Weimar replenished their stocks of onions and vegetables for the winter.

As already mentioned, the onion market in Weimar was extended to three days in the course of the 19th century. It was observed from Saturday to Monday, with Sunday being paused. During this time, word of the event got around nationwide and has been attended by citizens from all over Germany ever since. A separate market regulation was issued in 1872.

Goethe's connection to Weimar and the onion market 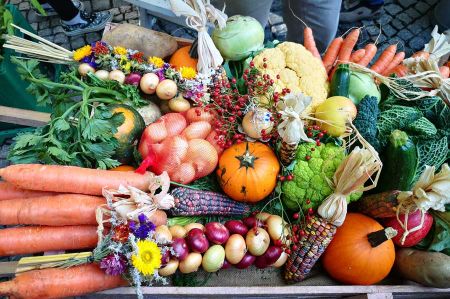 Goethe had a strong bond with Weimar and also with the onion market and the onion itself. Onion panicles which he bought were attached to his desk. His house was also decorated with it. This is explained today with the positive effect of onions on health, praised by Goethe at the time.

The onion market originally took place on Frauenplan and in today's Schillerstraße, but now extends over the entire old town. Various programs are offered by around 500 artists on five large stages and several smaller ones, and around 600 stands invite you to eat and shop.

The gastronomic focus of the onion market is the sale of onion tarts and spring whites. Artfully braided onions made from onions and dried flowers are popular souvenirs.

In the GDR, the onion market in Weimar was limited to one day. Nevertheless, in the GDR times, 120,000 visitors from the republic came to the market day. From 1970 it is still known that 32,000 panicles of onions were sold. These are 100 tons of onions, some of which were actually sold out by the market morning. Plans at that time to rename the onion market “Socialist Harvest Festival” have failed.

With the end of the GDR in 1990 it was decided that the festivities would again be extended to three full days. The onion queen is chosen around two weeks before the start of the market. There is a comprehensive stage program and there are now over 300,000 visitors from all over Germany who enjoy the onion market in Weimar. 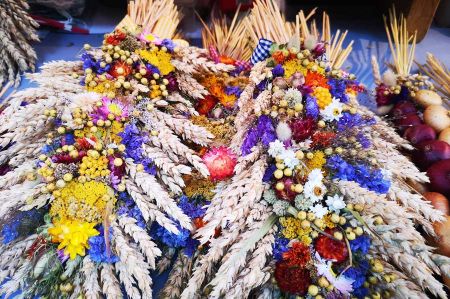 Onion wrapping begins as early as the beginning of September. The panicles are small or extra long, but also sold in two colours. Weimar residents enjoy this attraction as much as tourists do. Over 100 stands sell onion specialties. In total, the market has grown to 600 stands. Here are a few facts:

On Wednesday and Thursday, October 6th and 7th, the onion farmers enrich the weekly market on the market square with onion panicles, dried bouquets, fruit and vegetables.

The usual supporting program on the stages, the historical market, the city run, the children's onion market or the ferric wheel were integrated again this year. The onion farmers will again have the opportunity to occupy the Schillerstrasse as part of an expanded weekly market with their stalls as early as Wednesday (October 6) and sell the artfully wrapped onion panicles, herbal bouquets, vegetables and other traditional goods there.

In addition, local dealers and restaurateurs as well as suppliers of handicraft products are to be represented. However, the number of the usual 600 to 700 stands will be reduced to 200 to 250. The market area also remains limited to the city centre. However, a stage program is planned again this year.

The onion market in the classic city is Thuringia's oldest and nationally best-known city and market festival. Last year around 75,000 people visited the onion market; Mouth and nose covers were compulsory. Before Corona, the onion market had around 320,000 guests.

Specialties at the Weimar onion market!

In addition to the usual stalls at folk festivals, specialties from the region are also offered in Weimar. From a gastronomic point of view, the dishes presented below are particularly typical of the area. 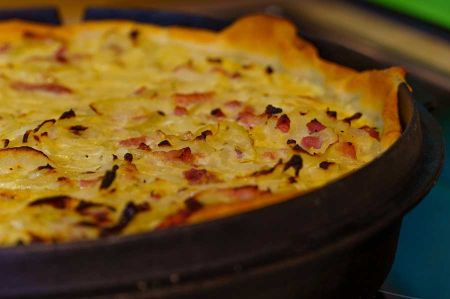 A specialty at the Weimar onion market, which of course can also be purchased before and after the festival. It is a hearty pastry named after its main ingredient, the onion. In the Federal Republic of Germany, it is usually a square sheet cake made from yeast dough. There are numerous refinement options (eggs, diced bacon, etc.). The most diverse variations can be enjoyed at the onion market.

The onion braid is a decorative braid made of onions. It is often made in two colours and also with the use of garlic. What is still often used as decoration today was supposed to keep diseases away from the house and stable in the past. In 1991 a 660-meter-long onion braid was made by the population of Riedlingsdorf. 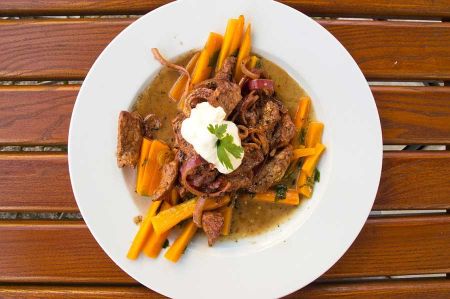 The onion meat is a beef dish with plenty of onions. It is refined with the addition of rolls, sugar, salt, black pepper and caraway seeds. Pork broth from the bone is poured over the dish. It is a hearty dish.

Another Thuringian specialty is Mutzbraten. A piece of meat the size of a fist taken from the pig's shoulder. Seasoned with marjoram, pepper and salt and cooked in birch wood smoke, the dish is served with bread, sauerkraut and mustard. 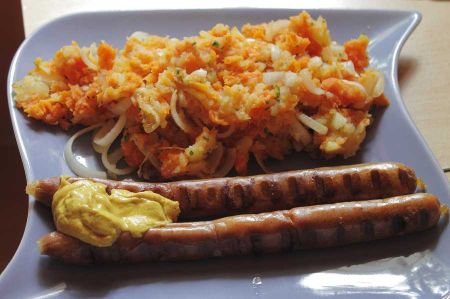