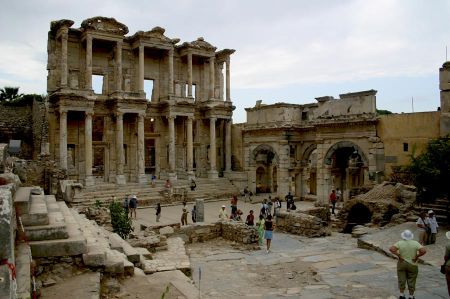 Although the saying, "Everything flows ..." was later attributed to the Greek philosopher Heraclitus of Ephesus as a result of his philosophies, this approval has survived until today.

However, many people are unaware of the context in which the saying "everything flows" was made.

Heraclitus of Ephesus was a pre-Socratic philosopher from the Ionian Ephesus, which is located in today's Turkey near Izmir and just returned through the media, as the Austrian excavation team initially lost the excavation license, which was withdrawn last year without any reason, but then surprisingly re-issued some weeks ago. Heraclitus spent much of his life between 520 BC and his death around 460 BC in the city of Ephesus, then known as the metropolis with its striking and well known ruins of the library. Few of the details handed down to his life can´t be certainly considered, including at least the message that he originally had deposited his works in the Artemis Temple of Ephesus.

Heraclitus - Everything flows - just a Slogan? 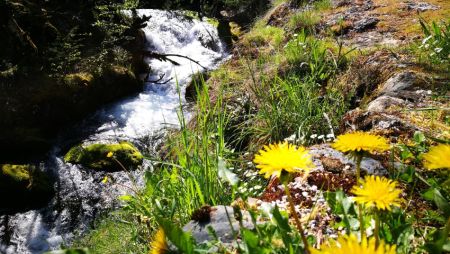 The good Heraclitus, who was described by his contemporaries as a misanthrope (almost a person who does not like other human beings), according to legend, the saying "Everything flows ...", as he was sitting thoughtfully on the bank of a river, watching the flow and the movement of the water. Once this observation was in mind, thoughts followed in the head that nothing in this world is absolute and clear. In the figurative sense, the statement "Everything flows ..." means that nothing is permanent.

Heraclitus claimed for himself an insight into the world order and attitude that was different from all the then conventional ways of being. This results in a lasting criticism of the superficial perception of reality and lifestyle of most people. A recurrent theme of his philosophizing is, in addition to the logically interpretable concept of the Logos, which designates the rational world order and its knowledge and explanation, the natural process of constant evolution and change. In later times, this change was brought to the popular short form panta rhei ("Everything flows"). Heraclitus also dealt with the relationship of opposites, such as the contrast of day and night, wakefulness and sleep, concord and discord. He saw these opposites in a tense unit.

Another one: "no one can step a second time into the same river" 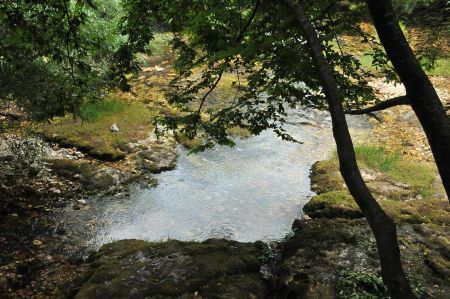 All being is subject to constant change, everything in life is, so to speak, at the same time becoming and passing away. Unfortunately, most of Heraclitus's written recordings have been lost; his reflections are only kept fragmentary in the records of other authors.

For example, if you look at the Greek philosopher Plato (born about 428 BC / died 348 BC), you come across another quote from Heraclitus, according to which "no one can step into the same river a second time".

In that sense, Heraclitus may have been watching a passing river somewhere in Asia Minor more often, deepening his own worldview in thought. Maybe an ancient Dropout?