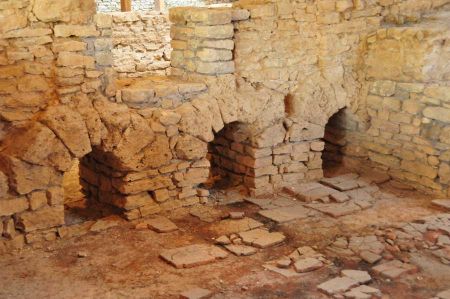 At latest with the finding of the map Tabula Peutingeriana many locations along the Roman roads are to be assigned to today's cities.

This also applies to the small town of Brigobannis, near today's Hüfingen, where there was a fort with associated Roman bath next to the settlement. Today called Römerstraße Neckar - Alb - Aare, there was an important hub of Roman roads in Rottweil, which also led to Brigobannis. The earliest archaeological finds in the Hüfingen region date back to the Bronze Age. It is believed that an early Celtic settlement was taken over by the Romans. The fort Brigobannis built in the early 1st century AD in Höhlenstein, which also included a bathing facility, which today can be visited as a "Roman Bath Museum". After the retreat of the Roman legions, the Alamanni settled in the area what now is Hüfingen. From this time several large burial grounds were discovered. 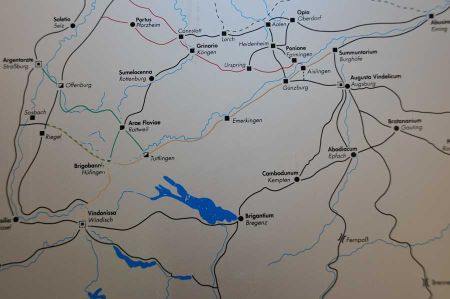 Already at the beginning of the 17th century exploratory excavations were made on the "Galgenberg" by the then ruling landlord of Hüfing, the imperial knight Hans von Schellenberg (1551 / 52-1609). After his death, however, the excavation site as such fell into oblivion for more than a century and a half. It was not until 1768 that Roman relics were mentioned again in the cantonal acts.

A rapid upswing the study of the Roman past of Hüfingens took place with the emergence of the educated bourgeoisie in the 19th century and its interest in the ancient world. In 1820, the town was identified as the Brigobannis recorded on the Tabula Peutingeriana. In the same year, Karl Egon II zu Fürstenberg (1796-1854), who was considered to be liberal and enlightened for his time, arranged to carry out excavations in the area of ​​the fort. After the end of the excavation activity, the completely uncovered Balineum was provided with one of the first museum protection buildings in Germany in 1821. The first systematic description of Roman legacy dates from this period, specifically from 1824. The then eighteen-year-old pupil of the Baden Grand Ducal Grammar School in Freiburg, Joseph Frick (1806-1875), wrote them in Latin during the Easter holidays on behalf of his teacher Heinrich Schreiber (1793-1872). 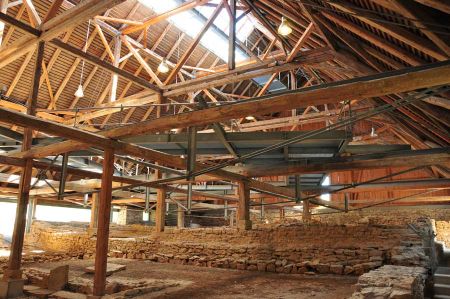 The earliest discovered, most thoroughly researched and finally preserved and protected part of the Roman remains in Hüfingen is certainly the spa (under a wooden structure), the Balineum, which was found in the form or at least comparable to any Roman fort. The thermal baths were built outside the purely military fort area and was also available to the civilian population. The latter had, in contrast to the soldiers, pay a small fee for the use of the baths.

The Hüfinger Therme is located west of the former fort in a valley below the "Galgenberg". It is a Balineum of the block type, in which all rooms were summarized as compact as possible. It takes - without adding the additions - an area of ​​about 570 m², of which just 280 m² account for the generous Apodyterium (changing and rest room) with a cooling basin. To the south of the apodyterium there are two suites, of which the western one has a hypocaust system that heats the caldarium (hot bathroom) and the tepidarium (the lukewarm room). Next to the unheated frigidarium (the cold bathroom) with its separate cold water basin, the east room suite contained the Praefurnium (the lighting room), from which the eastern part of the building was heated. A located at the northwest corner of the building, circular sudatorium (steam bath) was probably heated separately. It was no longer possible to determine whether it had a separate practice, for which the discovery of a single tubule (heating tile) or a simple brazier placed in the room, since the area was already heavily destroyed at the time of the excavations. The room set up at the north-eastern corner of the building block probably served the staff of the spa as a place to stay and work.

Unlike the fort, the Balineum was probably built in the early Vespasian period around the year 70 AD, as evidenced by the datable material findings. A predecessor building is not known. After the withdrawal of the garrison, the bath was used by the Vicus dwellers.