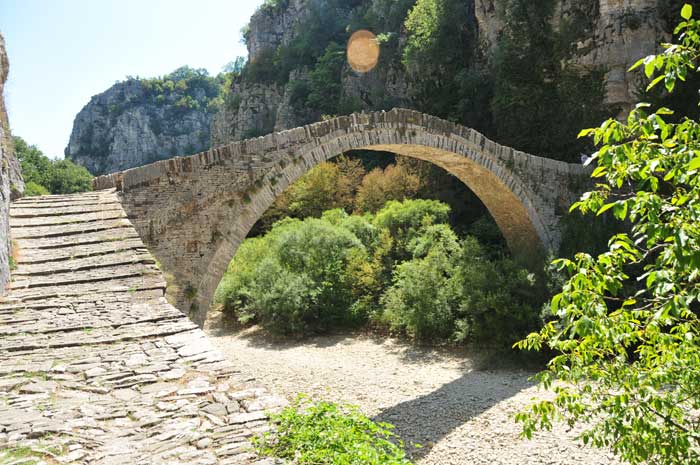 Several times we have been in the National Park in the Pindos Mountains, on the way to explore the established hiking trails introduced and signposted by the National Park management, not at least to admire the countless stone bridges. 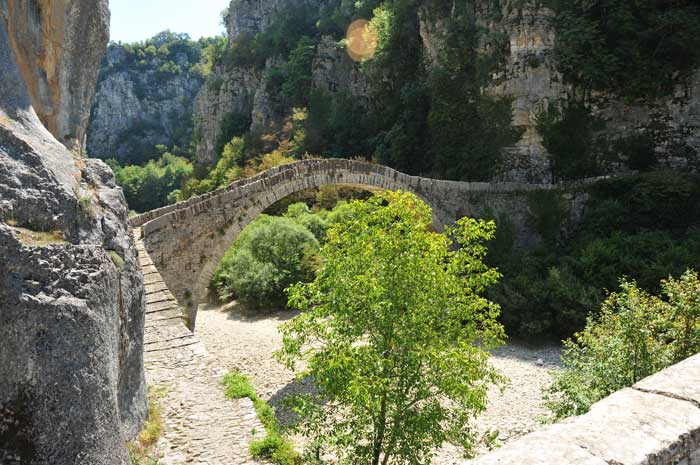 As early as the 17th century, trade and traffic routes were established in and by the Pindos, which often led along the river valleys, and occasionally had to cross the rivers, which often raged a lot during the spring melt. 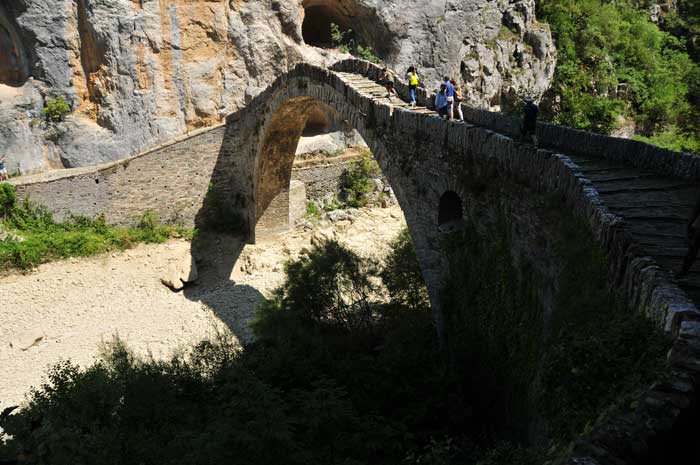 In the course of the centuries innumerable stone arched bridges have been built that are still preserved today and are integrated into the walking routes as pure pedestrian bridges, as we have already reported about. 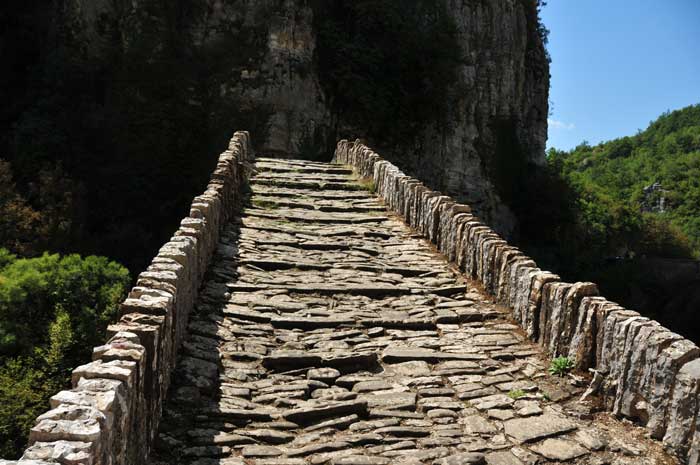 Just the natural stone arch bridges alone attract countless visitors to the National Park, not to mention the hikers and nature lovers who are attracted by the altitude and air of the mountains. 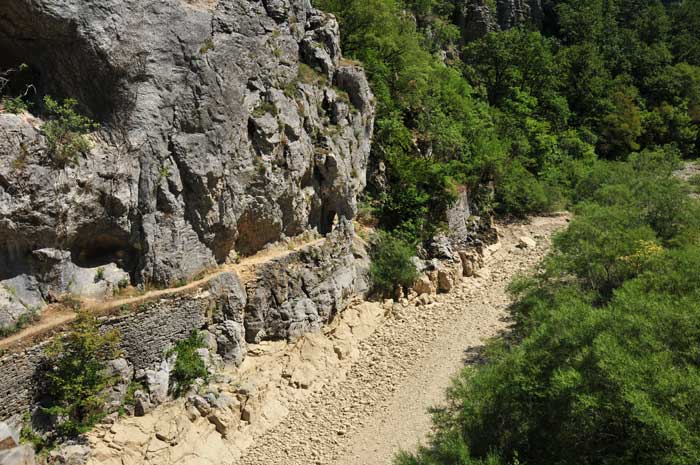 In the summer months mostly bone-dry, the rivers have carved deep gorges into the rocks over the millennia, so that in parallel the connecting paths could run from village to village. 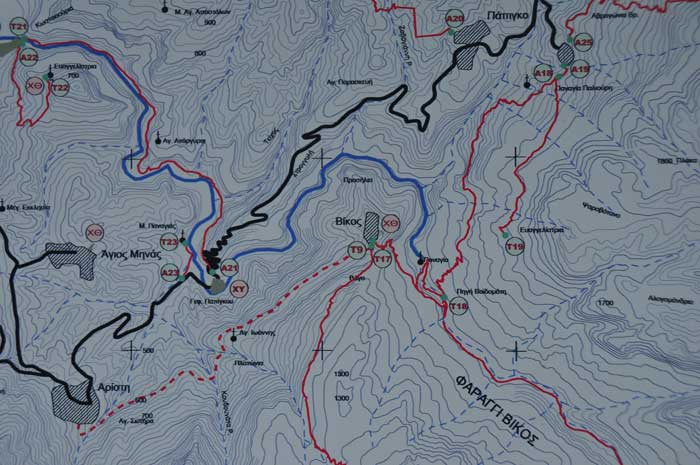 In some cases, tunnels had to be cut into the overhanging rocks in order to set up safe paths along the rivers, which were raging quite a lot in spring. 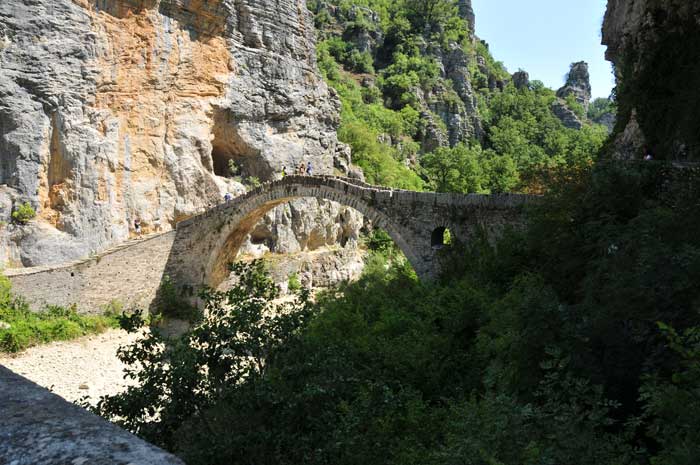 Through beautiful valleys, up to the most famous valley, the so-called Vikos gorge, where we also wanted to hike. 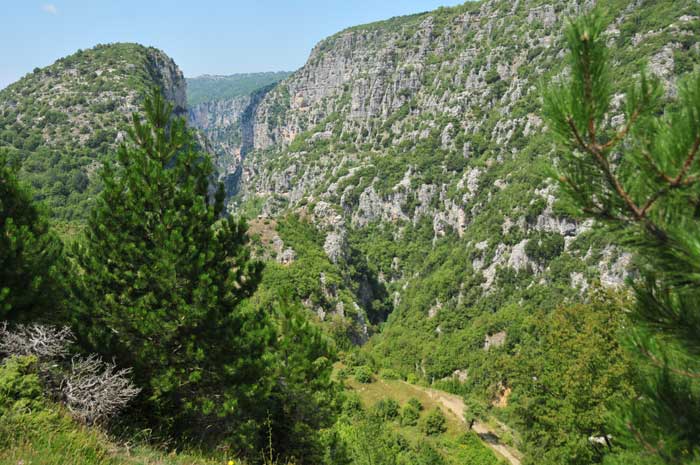 Today ideal hiking trails that run through the entire Pindos, fascinating nature left and right of the paths. 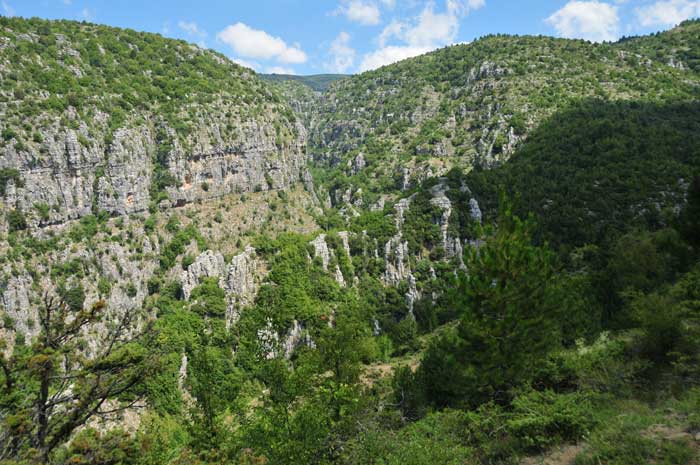 Here is already a first picture of the entry into the Vikos Gorge, which is one of the deepest gorges in the world. 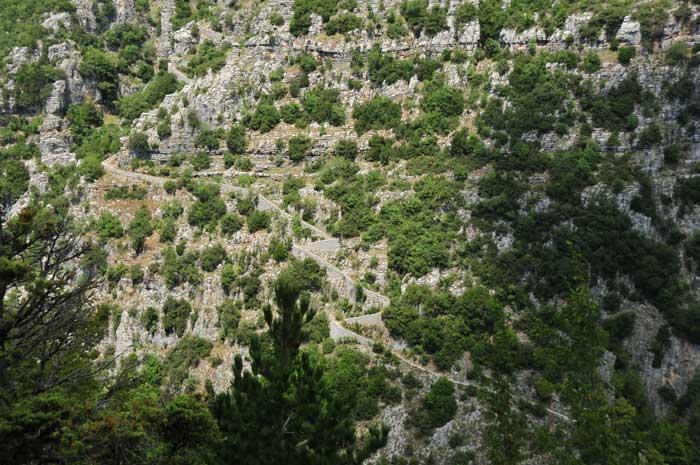 But first the seen opposite mountain was our destination, here in the picture the route is clearly recognizable due to prepared stone walls. Note the attached serpentines. A fantastic hike.