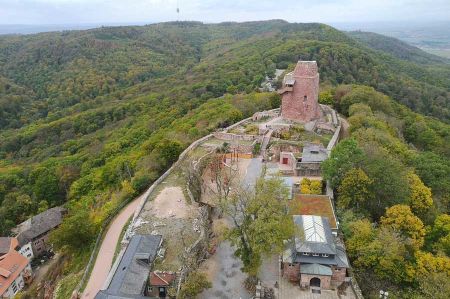 We were again in the East of Germany and thus on the way very close along the Kyffhäuser ridge and so we once again had been drawn to the monumental memorial of the Hohenstaufer Friedrich Barbarossa I, after all, nicknamed King Rotbart, is considered one of the greatest emperors of the Middle Ages.

The eponymous red beard, he owes, is not just impressive in his typical pictures, but also is the basement to numerous other myths. He will once wake up again to reunite Germans is just one of them.

German unity later on, which marks its 30th anniversary right now, has nevertheless just been missed by the famous Prince of the Staufer dynasty. Perhaps the fall of the wall between East and West was a size too small and insignificant for him. The former emperor was used to much larger events during his lifetime. His empire, the Holy Roman Empire of German Nations, extended from the North Sea to Sicily. Barbarossa managed to keep the individual rulers in their vast area under control and formed the country to one state.

For the population of the 12th century at the time, this meant peace in the country. A condition that was over after the end of the Staufer rule and the longing for a leader like Barbarossa for a long time and pushed forward again and again. 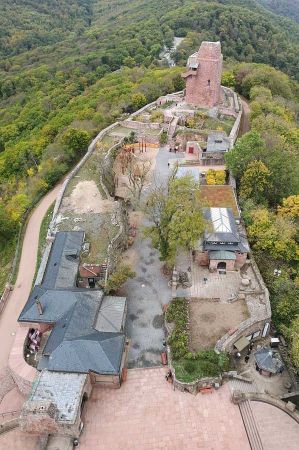 In the 19th century, the Hohenstaufen emperor Barbarossa was rediscovered, so to speak, because the widespread Kyffhäuser legend became the basis of the spreading national myth in Germany: Before the German unification of 1871, many hoped for a nation state, as he - at that time - at times of Barbarossa existed.

Barbarossa was used for identity. The emerging empire in the 19th century had no tradition in Germany, so they wanted to give it a prehistory, and they were seen in the Middle Ages. Barbarossa was the ideal starting point.

Wilhelm I, the founder of the German Reich of 1871, was to benefit from the myth and the glory of Barbarossa. The popular picture of history and the desired power politics were linked. Thus, on the Kyffhäuser the huge equestrian statue of William I was built in conjunction with the monument King Rotbart at the former castle of the emperor.

Decades later, Barbarossa's name was used again in the name of power politics: The Nazis described the Wehrmacht attack on the Soviet Union in 1941 as "Operation Barbarossa". They also used the myth of the emperor in whose direct succession they saw themselves. 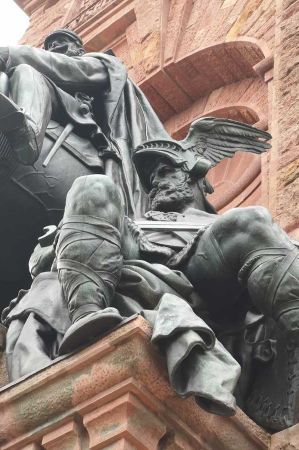 That Barbarossa´s body is actually hidden somewhere in the Kyffhäuser, is of course extremely unlikely. But what really happened to him, historians and scholars puzzle over it. It is certain that the emperor was killed during his crusade in 1190. He drowned in the river Saleph, today's Göksu in Turkey. But why, is unclear. And what happened to his corpse, they do not know yet.

Supposedly, however, an astrologer had previously warned him that he would find death in the water, which is why Frederick took the land route across the Balkans to Asia Minor for the crusade.

Emperor Frederick Barbarossa drowned during the Third Crusade near the city of Seleucia in the allied Armenian-Cilician principality, which were friends with Frederick.

The Göksu Valley was followed by an army road in the Hittite and later Roman times, linking Lykaonien around Konya with the Mediterranean and thus with the sea route to Cyprus. First, following the river, it moved further south due to the narrowness of the river valley upwards into the slopes, where to some extent the ancient pavement can still be seen today. At the village of Keben, about 20 kilometers northwest of Silifke, above the ancient road lies the Hittite rock relief of Keben.

The remains were not found until today 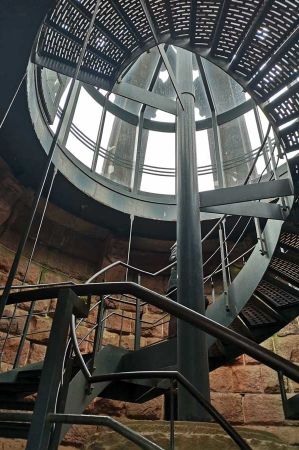 Two Germans set out in search of the Ottoman Empire in 1874. But the attempt to find and take away the remains failed because of the medieval customs. As usual with high-ranking persons, Barbarossa had been cooked after his death to loosen the meat from the bones. The bones should then be brought to the Holy Land. But they never got through the confusion of the Crusades. But where did they land instead? And where is Barbarossa actually buried?

The questions are part of the mysterious story of the death of Emperor Barbarossa. And maybe this secret has ultimately contributed to the popularity that has cast its spell on us. Among many others, as can be seen in the number of visitors to the monument.

A real downer to visit the monument Barbarossa and Wilhelm I, however, is the absolutely inflated entrance fee, which certainly makes it impossible for certain visitors just to visit. A point of criticism, which is part of the discussion about the function of museums and other public institutions due to well-known educational misery and poor results of the Pisa studies.