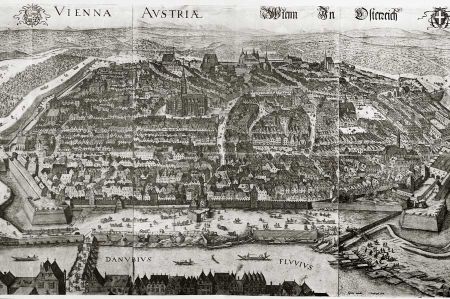 The term "golden apple" appears again and again in some mythological tales of antiquity, including Greek mythology as a fruit that gives eternal youth.

Nowhere, however, was this term of such immense importance as in the Ottoman tradition, since "golden apple" was synonymous with the four Christian capitals that the Ottomans had not yet been able to conquer: Constantinople, Buda, Vienna and Rome . All of these cities were considered to be crowned by the golden globe.

Golden apple (Turkish Kizil Elma), for the Ottomans from the Middle Ages to the 18th century, a symbolic name for a Christian empire, derived from the gilded orb (one of the insignia of Christian rulers) or gilded balls and knobs of Christian church towers; in a broader sense, marking the goal of Turkish conquests in the Occident. In 1453 Byzantium (Constantinople) fell into the hands of the Ottomans as the first "Golden Apple"; in 1521 they conquered Belgrade, the "Golden Apple of Hungary"; They failed to win Vienna, the "Golden Apple of the Germans", in either 1529 or 1683.

Buda, Vienna and Rome were considered to be the next most important centers of power 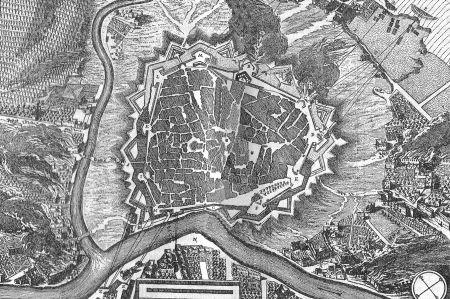 At first, only Constantinople was referred to with the synonym "The Golden Apple". The end of the Byzantine Empire was heralded in 1453 with the conquest of Constantinople by the Ottoman Sultan Mehmed II at the head of a 50,000 - 100,000-strong siege army, which was only opposed by around 6,000 - 10,000 defenders under Emperor Constantine XI. With the renaming of Constantinople to Istanbul, the attribute "The Golden Apple" fell away. From now on, Buda, Vienna and Rome were considered to be the next most important centers of power in Ottoman times, and they were the primary targets to be conquered in the expanding Ottoman Empire. Vienna quickly received the attribute "The Golden Apple" and kept it until the second failed siege. 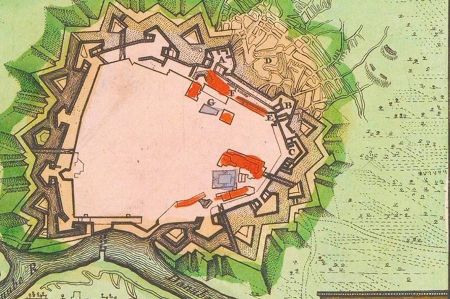 In 1361 the Ottoman army had taken Adrianopolis and won the battles at the Maritsa in 1371 and at the Blackbird Field in 1389. The Ottomans also won a second battle on the Blackbird Field near Nicopolis in 1396, enabling them to establish themselves as a major military power on European soil. With these victories, the drive to expand steadily grew and thus became a permanent threat to the western states, which was intensified with the fall of Constantinople in 1453, the last remaining position of power in Asia Minor, and the collapse of the Byzantine Empire. Under the leadership of Sultan Süleyman, who ruled since 1520, Hungary then became the target of the expansionist policy. As early as 1521 Sultan Süleyman succeeded in conquering Belgrade, in 1526 a decisive victory over the Hungarian King Ludwig II at Mohács. In mid-1529, a large army led by Sultan Süleyman invaded Hungary and installed King John as heir to the throne in occupied Buda, making Hungary a vassal state of the Ottoman Empire.

Great Ambassador had traveled along the Danube 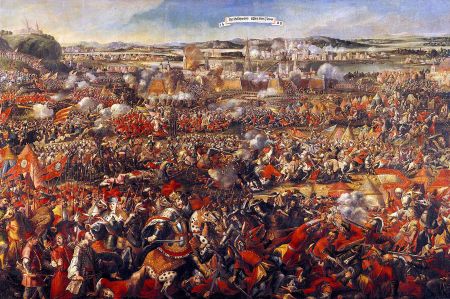 With these successful victories, Sultan Süleyman and his army moved further north-west and he advanced via Komorn and Preßburg to Vienna, which he had achieved in September. Whether Süleyman's aim was actually to conquer the "Golden Apple" of Vienna or whether he only wanted to consolidate his claim to power in Hungary with the subsequent siege is a matter of scientific debate. However, the first unsuccessful siege of Vienna from September 27 to October 14, 1529 is undisputed.

During the travels of Evliya Çelebi, who traveled through many countries on behalf of the Sultan in the 16th century and recorded his experiences, insights and discoveries in his travel books, Vienna, the "Kizil Elmar" (Golden Apple) was also an important destination for Evliya Celebi. In his VII. Book he describes his findings very comprehensively and embellished, which was to be regarded as typical for him, even with the integration and use of foreign stories or narratives. Against this background, many of the stories in his books are not without controversy among historians. In 1975, when the historian Karl Teply found an expense account in the Imperial Court Chamber archives that mentioned Evliya Çelebi by name, the traveler's stories became at least partially comprehensible. He had actually been in Vienna in 1665 as a companion of the Ottoman Grand Ambassador Kara Mehmed Pasha. The traveling party of the Great Ambassador had traveled along the Danube via the towns of Ofen, Komorn, Raab, Bruck an der Leitha and Schwechat to Vienna. 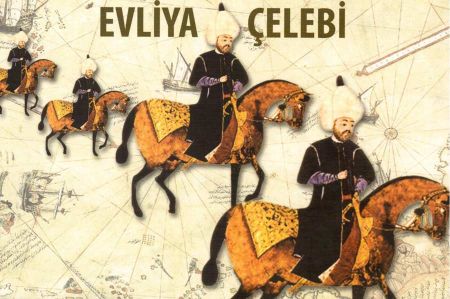 Evliya Çelebi reports on 360 churches and 470 towers in the city of Vienna, imaginatively describes other buildings and, above all, describes the fortifications in the city. You could also call him a spy. Evliya Çelebi reports in detail on the disputes between the Grand Ambassador and the Imperial Court regarding the official protocol. He also reports very comprehensively and enthusiastically on the beauty of boys and girls. Evliya Çelebi registers the polite treatment of the women with particular astonishment, which he describes as follows:

"It's a very strange thing. In this country and in general in the whole kingdom of Giauren, women have the big say and they are honored and respected for the sake of Mother Mary."

The Second Turkish Siege of Vienna was also unsuccessful. During the period from July 14 to September 12, 1683, the Ottoman Empire besieged the city of Vienna again. With the arrival of a replacement army and the subsequent Battle of Kahlenberg, the Ottoman troops withdrew far, so that the residence of the Holy Roman Emperor remained unoccupied and the synonym "Golden Apple" remained. 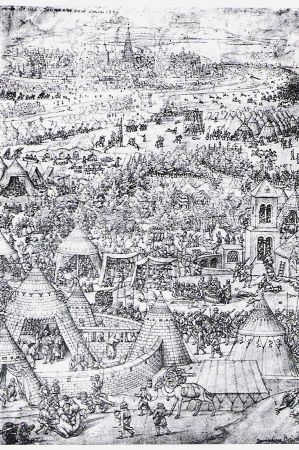 "When Sultan Süleyman besieged the fortress of Vienna, he regretted shelling the magnificent tower of St. Stephen's Church, which would one day be a minaret. But he should be wearing his emblem until then. He had a massive ball made of two hundredweight of pure gold and sent it to the city with orders to set it on the top of the tower. On the very same night, the erroneous king carried out the command, and since then Vienna has been called the golden apple of Germans and Hungarians. When the sultan had to lift the siege due to the sudden onset of winter, King Ferdinand immediately had a golden moon and sun made of silver placed over the apple. The sultan found out about this and forced the sun and moon to descend again through a campaign in which he seized 176 castles from the arrogant Giau king and ravaged his lands terribly. Later, the Giaurs again broke the treaty by putting up a gold cross under the pretense of only putting up a wind vane. But one day there will certainly be a warlike and high-flying grand lord like Sultan Süleyman, who will also take this cross wheel down from the ball.”

Market Church of the Holy Spirit in Clausthal-Zellerfeld